How To Get Lucky Egg In Pokemon Scarlet And Violet 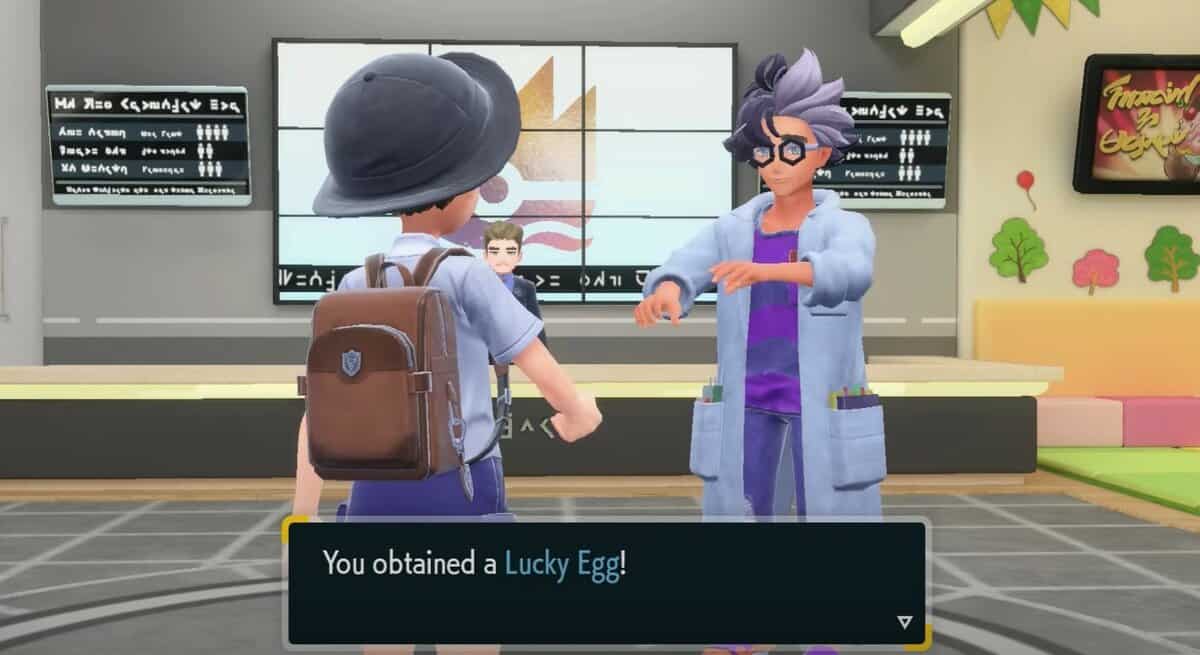 Leveling up in Pokemon SV can be quite tedious, but like other similar games, Pokemon SV also provides the player with several resources that help this tiresome process pass at a much faster pace.

This guide covers the resource that has been a staple of the Pokemon franchise for ages and is also a great way to level up the Pokemon without all the grind. It is no other but the Lucky Egg.

What are Lucky Eggs?

Lucky Eggs are resources that are filled with happiness and aids in increasing the pace of leveling up the Pokemon. It allows the player to level up their favorite Pokemon faster by granting them 50% extra EXP at the end of each battle.

This helps in upgrading your favorite Pokemon to the level of other companions in your team. Using the Lucky Egg is quite simple, as it only requires your Pokemon to hold it while fighting and winning battles against other wild Pokemon.

The points gained by winning the battle are divided among the whole team.  This means you don’t need to fight with the particular Pokemon you want to level up, rather if it is present in your army, it will do the job fine.

There is also a limitation while using the Lucky Egg. You cannot apply it to the Let’s Go Auto-Battle feature rather you have to fight the battle traditionally.

How to get Lucky Egg in Pokemon SV

Obtaining the Lucky Egg is a simple process, however, it requires the players to fulfill a requirement first. Players are required to defeat any five gym leaders across Paldea before they can obtain the Lucky Egg in Scarlet and Violet.

After you’ve successfully defeated the first five gym leaders, head towards your sixth gym leader, where a cutscene will be triggered. During this scripted event, players will be greeted by Jacq, who will appear at the entrance, and reward the players with the Lucky Egg.

Once the Pokemon has reached a certain level you desire, you can always hand the Luck Egg to another pokemon to level that one up.