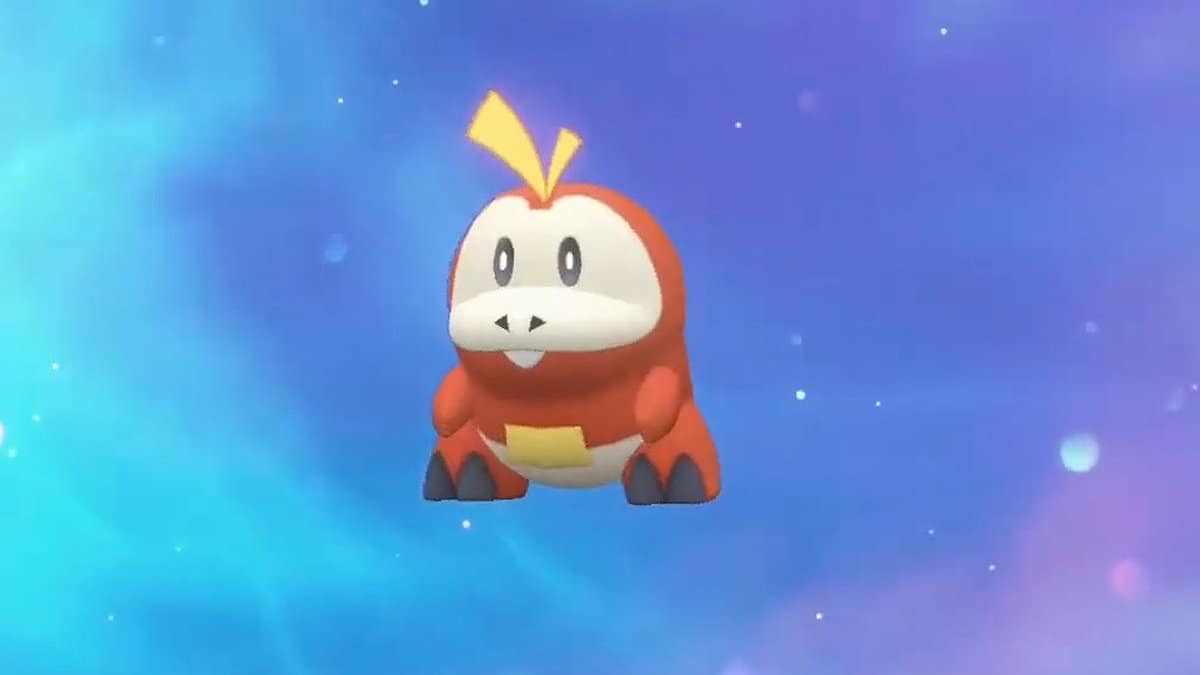 Pokémon Scarlet and Violet, in addition to providing a large, open world, also feature a whole lot of Pokémon that you can catch on your journey. Like all the previous games, we are required to select a Pokémon to start off with in this game as well.

You have the option to choose from the following three types of Pokémon:

Each of the three Pokémon is pretty much the same, and fans often face a lot of trouble choosing the best one to go with. When deciding on it, a lot of questions come to mind, like “Which one is the cutest?” or “Which one is the strongest?” Etc.

Well, we’ve got the answers to all those questions. Read on to learn more about the best starter Pokémon in Scarlet andViolet.

At the initial stages of the game, you are presented with three Pokémon to choose from as your main starting Pokémon:

Although all three Pokémon are pretty much the same in terms of stats, you can go through the game just fine with anyone you like. However, when you look at the design and the variation in stat distribution, your choice becomes a bit clearer.

Perhaps the best choice to make out of the three would be Fuecoco – more on that later. Fuecoco is a cute fire-type Pokémon that looks pretty much like a chili pepper. It has large feet and small paws for hands.  Measuring about 1’4” and weighing 21.6 lbs., its special ability is Blaze.

Given below is a list of the stats Fuecoco starts off with in Pokemon SV. Each of the Pokémon starts off with a variation of stat rankings, but the total overall stat remains the same, i.e. 310.

Given below is a list of all the Pokémon types Fuecoco is strong and weak against. Every starter Pokémon is of a different type. With them being one of the three types, i.e. Fire, Grass, and Water, it is obvious that each one will have a different type that it’s strong/weak against.

However, the ratio of the types of Pokémon Fuecoco is strong to weak against is much higher than the rest. It is true that these types change as the Pokémon evolve, in which case we have Quaxly with the highest Strong-Weak type ratio (which is 7:5 as opposed to Fuecoco’s 6:5).

Nevertheless, it does not matter because when we talk about the best “starter” Pokémon, we must look at how good they are in the initial stages – not after they evolve.

Fuecoco has two stages of evolution. At level 16, it evolves into Crocalor. At level 36 Fuecoco, or rather Crocalor, evolves into its final stage and is now called Skeledirge – a terrifying crocodile with a long, sharp jaw with fire coming out of its mouth.

As the Pokémon becomes a Skeledirge, it unlocks another type in addition to the fire type – Ghost. Of all the three types of starter Pokémon in Pokemon SV, Skeledirge has the highest Defensive and Special Attack stats, with its signature attack being the Torch Song, which has a base power of 80.

Why Fuecoco is the best starter Pokémon?

Choosing Fuecoco won’t come as a surprise to anyone as it’s already a very popular pick among the fans. There are a lot of reasons for that besides how cute this Pokémon is.

In terms of stats, each of the three Pokémon has a varying amount of them in each category but ends up with a total of 310. Despite this, Fuecoco would be a suitable option as it’s the tankiest and also has the highest Special Attack stat. Even though it may lack in terms of Speed, the increase in the other stats provides a good counterbalance for it.

In terms of strengths and weaknesses, Fuecoco’s strengths exceed the others by a lot with respect to others and vice versa, in turn making it the best choice to pick even if the total average stats remain the same for each Pokémon.

It is true, however, that since the game is open-world, you will run into a variety of Pokémon – which may not always be the one Fuecoco is strong again.

Regardless of that, Fuecoco still remains the best option if you plan to take Victory Road as your starting path.

Moreover, even if it may be the weakest against the first Titan Pokémon, it remains the best choice as it does fairly well in the earlier Gyms – especially if you plan to follow the recommended order. It is also very effective against Katy and Brassius’ Pokémon teams.