How to Evolve Porygon in Pokemon Legends Arceus 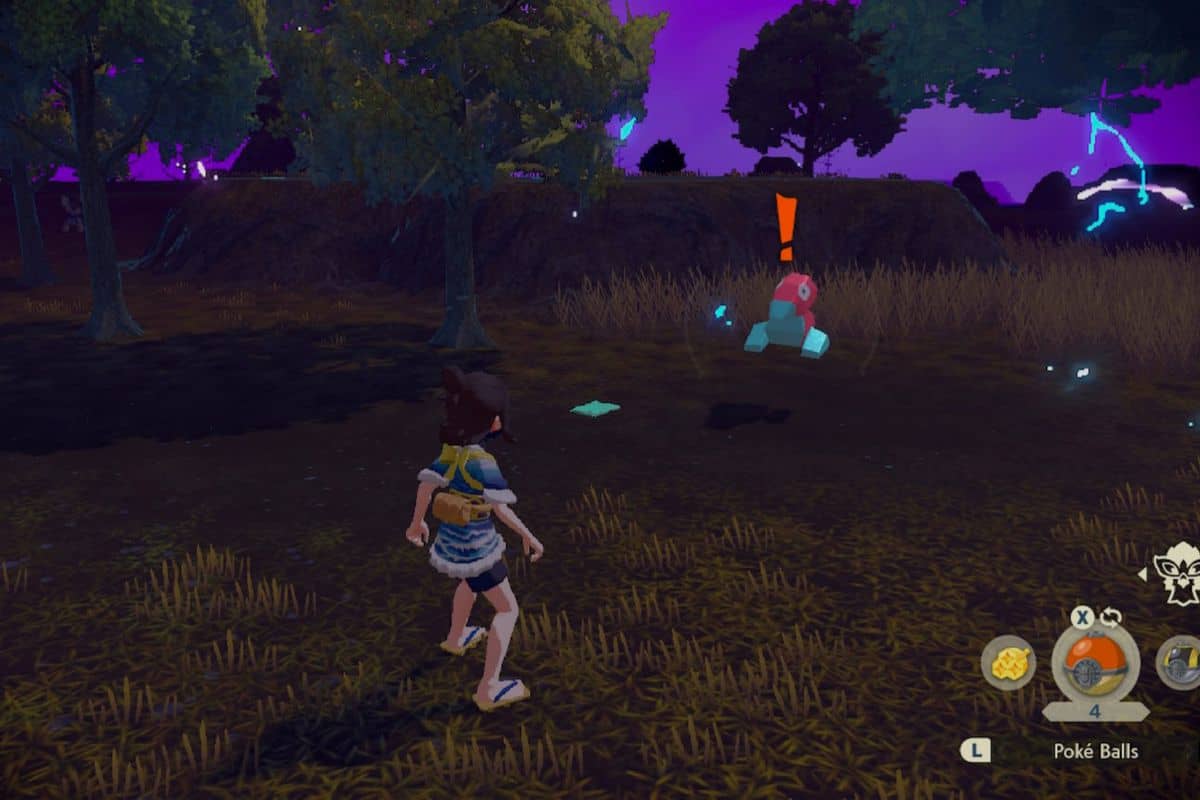 How to Catch Porygon in Pokemon Legends Arceus

To catch Porygon in Pokemon Legends Arceus, head to the Crimson Mirelands region on the map. This region first gets unlocked when you complete the 7th mission of the main story, ‘The Frenzy of the Lord of the Woods.’

After that, however, you will also need to complete Mission 8 ‘Arezu’s Predicament’ to unlock more areas of Crimson Mirelands.

Head to the Crimson Mirelands region of the map after it gets unlocked and start running around there. As there is no specific time or place where the time-space distortions appear, you will have to keep running around until you run into one.

When a time-space distortion appears close to you, a message will appear across your screen informing you that a space-time distortion has occurred.

Travel to the marked spot shown on the map. At the location, you will see a purple lightning portal. Enter the portal and then ride Wyrdeer and look for Porygon.

If no Porygon appears in the space-time distortion, exit it and look for another one.

How to Evolve Porygon

Once you catch Porygon in PLA, you can further evolve it into Porygon2 and then into Porygon-Z.

The first evolution from Porygon to Porygon2 is straightforward, as you can evolve using the Upgrade item. It can be bought from the Trading Post in Jubilife Village, costing 1000 merit points. Upgrade items can also be found in the Space-time distortion zone.

To evolve Porygon2 to Porygon-Z you will require the Dubious Disc, which can be obtained in multiple ways. It can be purchased from Ginkgo’s Guild Shop for 10,000 Pokemon Dollars. However, it will only appear in Ginkgo’s Guild Shop after you catch 20 Pokemon.

Other than that, it can be bought from the Trading Post in Jubilife Village, and it will cost 1000 merit points. Dubious Disc can be found in the Space-time distortion zone as well.