How to Defeat Aaron (Elite Four) in Pokemon BDSP 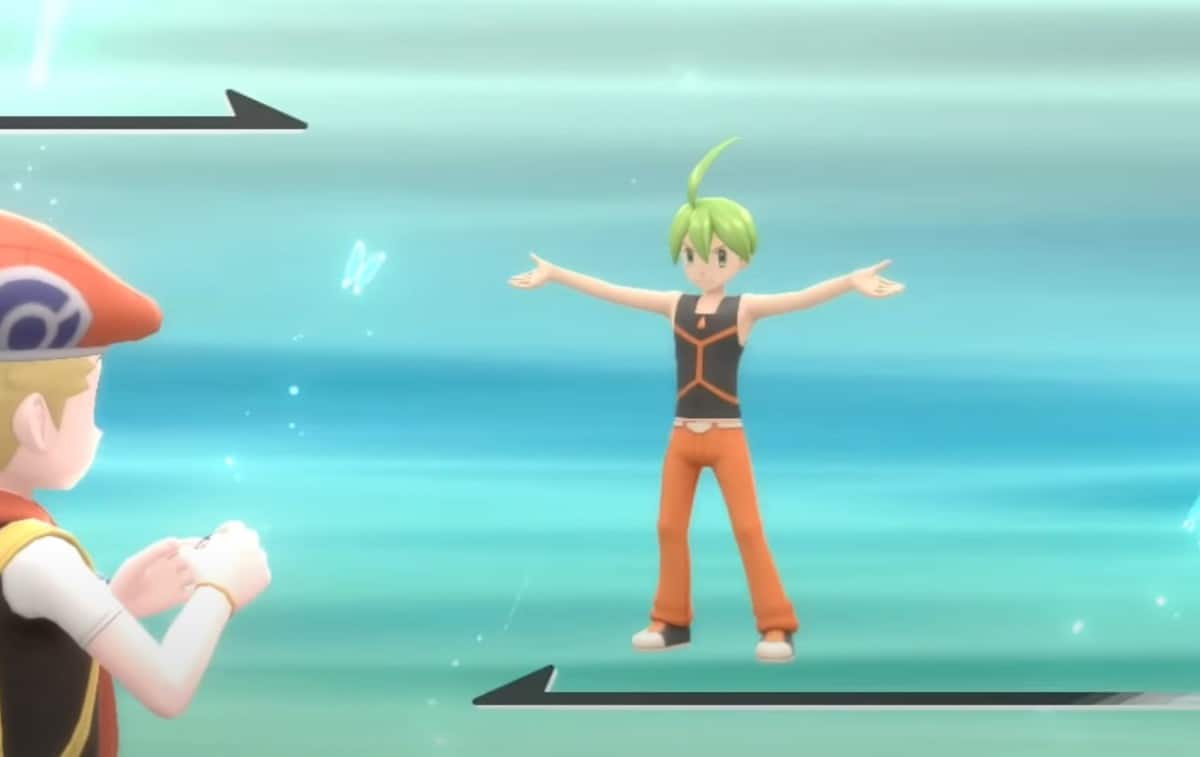 Aaron is one of the Elite Four in Pokemon Brilliant Diamon and Shining Pearl. In this guide, we will get you up to speed with everything that you need to know in order to overcome the Elite four Aaron in Pokemon BDSP.

Aaron is the first member of the Elite Four and the first hurdle on your way to defeating Cynthia, the Champion.

In Pokemon BDSP, you are going to face Aaron on a total of 3 occasions. Each time, he’ll have more or less the same Pokemon, but at varying levels.

Our guide below details lays out the Pokemon that Aaron will use in each of the three battles, as well as the strategy you can employ to overcome them.

So, let’s get started!

The best team to defeat Aaron in the Pokémon Brilliant Diamond and Shining Pearl consists of the following Pokemon.

Infernape is one of the best Pokemon you can use in the fight against the Gym leader Aaron. However, Infernape is only available through evolving the Monferno.

You can use this Pokemon against the entire lineup of Gym leader Aaron, except Drapion. It has some of the best abilities for the matchup, like Blaze and Iron Fist.

Another option you can go with if you don’t have Infernape is Rapidash.

The second good option to use against Aaron is Staraptor. As you know, most of the Aaron Pokemon are Bug-type and they are weak against Fire and Flying-type Pokemon. This Pokemon is also good against most of his Pokemon except the Drapion.

This Pokemon comes with some great moves like Aerial Ace, Close Combat, and Brave Bird. If you use these moves, you can easily defeat most of the Aaron Pokemon.

Now the third and last Pokemon which will help you in defeating Drapion and other Pokemon Aaron possesses is Garchomp. Garchomp is a Dark and Ground-type Pokemon that is great to use against Drapion.

It has above-average defenses and great attacks and speed. However, defeating Drapion is not that easy as he is going to use full restores.

You should have a ground-type move ready for Drapion to defeat it without much problem. You can use moves like Bulldoze, Dragon Claw, and Earthquake against Drapion for large chunks of damage

How to Defeat Aaron in Brilliant Diamond and Shining Pearl

When it comes to the fighting strategy for the first battle against Aaron, you would want to have Infernape in your team as it can literally devastate each one of Aaron’s Pokemon aside from Drapion.

You would also want a strong Fire- and/or Flying-type Pokemon in your team, like Staraptor, as well since, apart from Drapion, all Pokemon of Aaron in the first battle, are vulnerable to Fire and Flying.

Staraptor is also a good option because it resists the Bug-type attacks that a lot of Aaron’s Pokemon use.

Heracross is one of his strongest pokemon, so deal with it quickly by using flying type Pokemon moves as flying type damage is 4x effective against it. Although, you can’t get too carefree with flying-type pokemon against Heracross because of its rockslide move against flying types.

Moving back to Drapion, its impressive defense and speed stats of 110 and 95 respectively, as well as the access to STAB Cross-Poison, makes it really hard to be beaten.

Your best bet against Drapion is to send out your finest Special Attacker and target its weak spots to lower down its Special Defense.

Also, be sure not to use Poison, Dark, Psychic, Ghost, or Grass attacks against Drapion as they’ll prove to be ineffective. Also, Drapion’s only weakness is ground-type attacks. So, make sure to have at least one good ground-type pokemon with you.

Some of your best options for a Special Attacker against Drapion could include Magnezone, Magmortar, Palkia, Lucario, and Dialga.

When it comes to the two rematches against Aaron, having the same types of Pokemon will serve you the best. However, for the second rematch, to counter the moves of Flygon, you would have a strong Ice-, Fairy-, or Dragon-type pokemon, at your disposal as well.

You will have to prepare your team in advance as you aren’t just prepping for Aron but for battles against the Elite 4 and the champion too, so keep that in mind while preparing the team you’ll be bringing to battle.

Once Aaron has been defeated, go on ahead to take on Bertha.