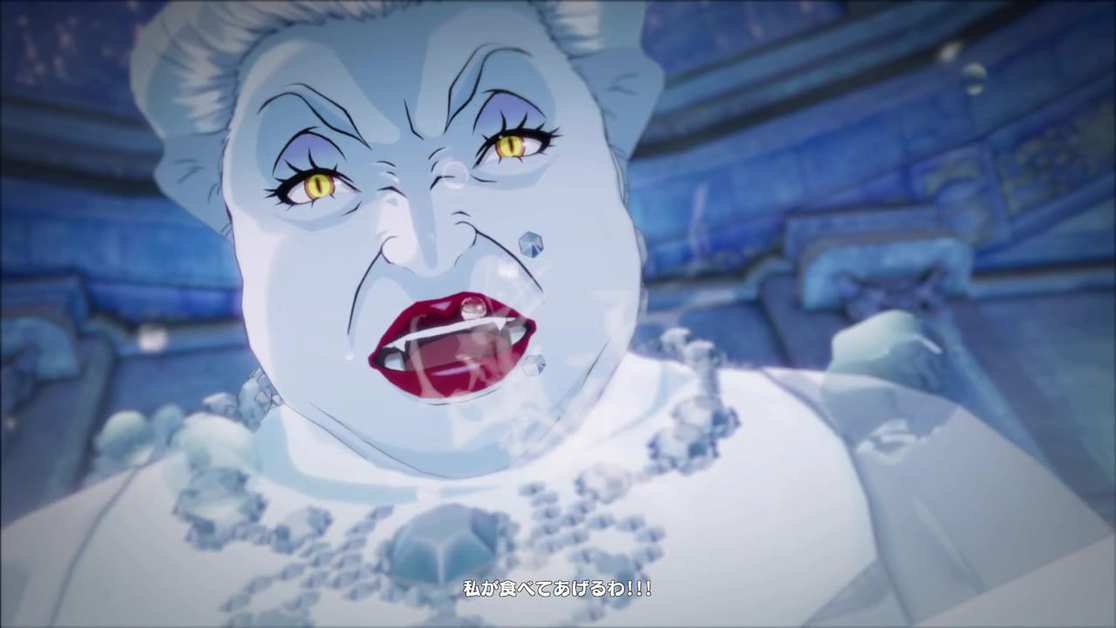 Snow Empress Mariko, also called Shadow Meriko Hyodo, is an enemy boss in Persona 5 strikers, the third boss that the Phantom Thieves will face. We have this step-by-step Persona 5 Strikers Snow Empress Mariko Boss guide for you on how you can get to the boss and defeat it with different strategies.

The snow empress has a beefy 12,800 HP. She also has about 8 Stagger shields you need to break for an All-out Attack! It’s recommended that you face her at level 36 for the base game and higher up for Painful past encounters.

Get to the Empress
The first appearance of Shadow Mariko will be in the form of snow queen and then she will transform into her original blob-like shape.

Sapporo Jail is where you will face the Snow Empress Mariko, which is a metaverse version of the original Sapporo. Sapporo is the capital of Hokkaido prefecture of Japan and this district is popular for the winter festival, beer, and food.

Keep in mind that in order to reach the final boss of the level, you will have to first face the Sapporo Jail Lock Keeper and defeat him before you can face the final boss. The final reward you get after defeating the final boss is “Cage of Gluttony Trophy.”

Psy and Curse Attacks
Mariko is weak against psychokinesis and curse attacks, so make the most out of this and make sure to use Joker’s Arsene and Noir’s Milady against Mariko. Use elemental attacks to stagger the boss and break the shields.

Keep SP Recovery Items
Make sure to keep a stock of HP and SP recovery items before you jump into the final boss battle. You can buy these items from vending machines, stores, restaurants, and food stands or also from Sophia’s shop.

Cure Ailments
Make sure to get and give access to your party members to the status recovery skill called Amrita Drop. This will be very useful in curing ailments if you or your party members get inflicted with some kind of ailment like sleep, freeze or dizzy.

Showtime Attacks
Showtime gauge is the yellow color gauge that you see on top of your screen. As you are fighting with Mariko, the showtime gauge will build up slowly. When it is full, you can do the showtime attack on Mariko.

More Technical damage
First, hit Mariko with some status ailment like burn and then make sure to inflict some kind of technical damage to her using wind attack or psychokinesis.

Dodge Ice Attacks
Mabufula is a strong ice attack that Mariko can use, and it can also inflict freeze status ailments, so make sure to dodge them.

Rewards
You get about 4,000 exp and about 39,000 yen for beating her the first time. She gives more exp and even an accessory during painful past encounters