Pathfinder: Wrath of the Righteous Tips 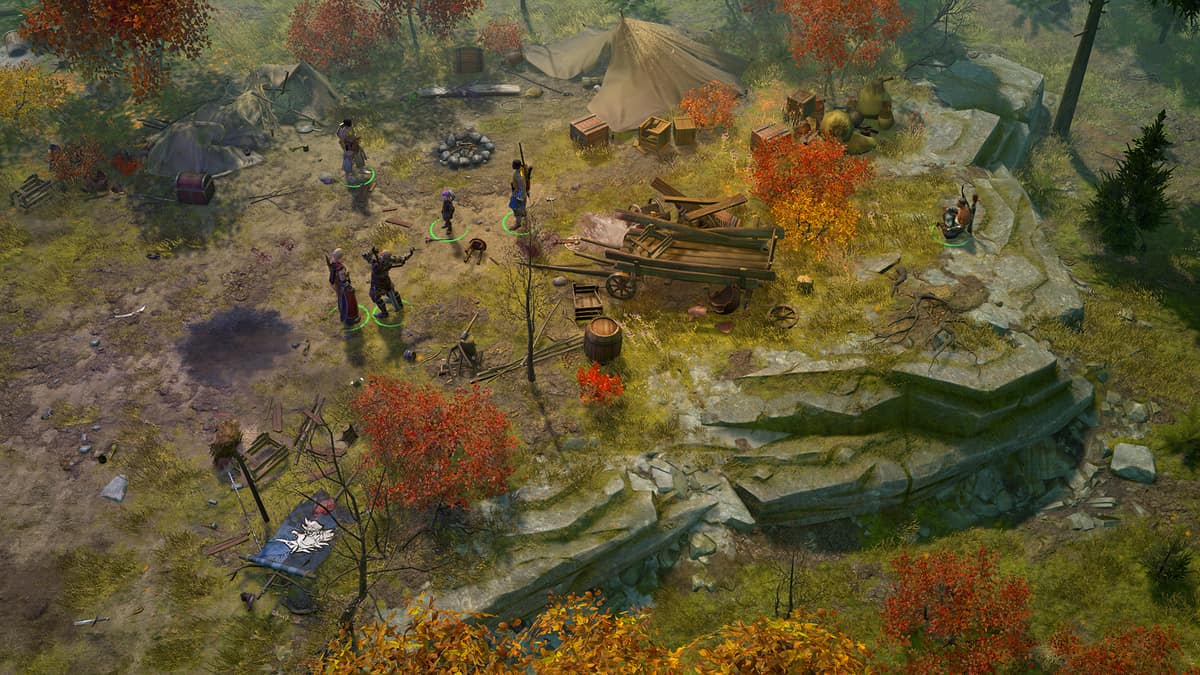 Pathfinder: Wrath of the Righteous Tips

In this guide, we’ll go through the basics of combat, the ideal party formation, and general recommendations.

Here are some general tips to follow in Pathfinder: Wrath of the Righteous.

It is not a bad idea to follow some, if not most, of the recommended Feats the game will suggest.

While you’re learning the game, it is recommended to choose Auto Level Up for your Companions in the Difficulty section until you’ve mastered the majority of the mechanics.

If you want to customize your companions, you can turn this off at any moment.

Before you begin the campaign, make sure you have selected the Enable Character Retrain option from the settings menu. Doing so will allow you to reset or make changes to your character later on in the game.

Check out our guide on How to Respec in Pathfinder!

Remember that you can change the combat difficulty from Normal to Easy if you find the encounters too difficult.

It’s perfectly fine to do so, especially since there’s a lot of trial and error involved in fully understanding the game. You can increase it once you’ve completed harder encounters.

Avoid multiclassing your character until you’ve mastered Pathfinder Class Building. Many Classes include Archetypes that are already a mash-up of two or more Classes. This eliminates the need for Multiclass in many cases.

If you still want to play a combination of two Classes but are new to the game, look for an Archetype that handles this for you.

We’ll go over 8 Pathfinder: Wrath of the Righteous Combat Tips. These strategies and tips will be critical to your success for encounters.

You can choose between two game modes: Real-Time with Pause or Turn-Based mode. If you prefer a fast-paced game, real-time with pause is preferable.

However, if you’re new to the game, we highly recommend trying out the turn-based mode. In Turn-Based mode, you’ll have more command over your entire party’s assaults and reactions.

You’ll be able to switch

One of the most important aspects of combat success in Pathfinder is the formation of your party and how you use it to your advantage.

It’s self-evident that the tanks should be in the lead, while the spell casters, healers, and ranged damage dealers, who have lower survivability, should be at the very least behind the tanks.

If you’re having trouble deciding on the best formation for your party. Pathfinder has an optimal auto formation button that you can simply click on, and it will automatically make a formation.

It will usually create an acceptable formation, but do double-check. You can create your own custom formation, which is best when you understand all of your characters and their abilities.

Pathfinder is a game of buffs, and you want to make sure you’re using them as much as possible. Many of these buffs last for a longer duration, allowing you to cast them before combat begins.

So, the first tip is to take your time learning the spells and abilities, as well as keeping an eye out for party buffs.

There are a lot of spells in this game that can buff your party, so pay attention to what you get and make sure to pre-buff your party before you jump into any encounter. It is a true game-changer.

While we’re on the subject of buffs, take into consideration what debuffs you can get to put onto your enemies.

Learn this stuff earlier in your playthroughs, and the game will be much less stressful.

Take advantage of doorways as choke points. Many times, the best way to handle a fight is to flee and get your party out of a room, which forces the enemies to follow you and thus pile up in the doorway to the room that you just fled from.

This can work in a variety of situations (doors are common in this game). Forcing enemies into a choke point allows you to focus fire because enemies are forced to take that passage of a door, causing them to become stuck and unable to attack.

This one is straightforward. If you know an enemy is approaching, be the one to attack before they spot you, which is easiest done by simply shooting an enemy with a ranged attack before combat begins.

If you do this in as many fights as possible, your enemies start surprised, which means your entire party gets to do more attacks.

To be effective in combat, you must inspect your enemies. If you don’t know what an enemy is resistant or immune to, or what kind of damage reduction it may have, you may find that you’re dealing next to no damage to it in some situations.

Make sure to turn this off after you’re done inspecting, or it will become very annoying as it keeps popping up.

From the enemy’s perspective, these occur when you are within striking distance of an enemy melee combatant and do something that may distract you from fully defending yourself.

The most common example is drinking a potion, if you drink a potion while in an enemy’s face, they get a free hit. Avoid this as much as possible.

While playing Pathfinder, you should expect to encounter some combats that seem impossible to solve, but there is always a way to solve these problems.

If you find yourself falling in a combat encounter multiple times, take a step back, think about the fundamentals, and give it another try.

Keep in mind that Pathfinder: Wrath of the Righteous is a difficult game to master. So, failing and taking your time to progress is perfectly acceptable.