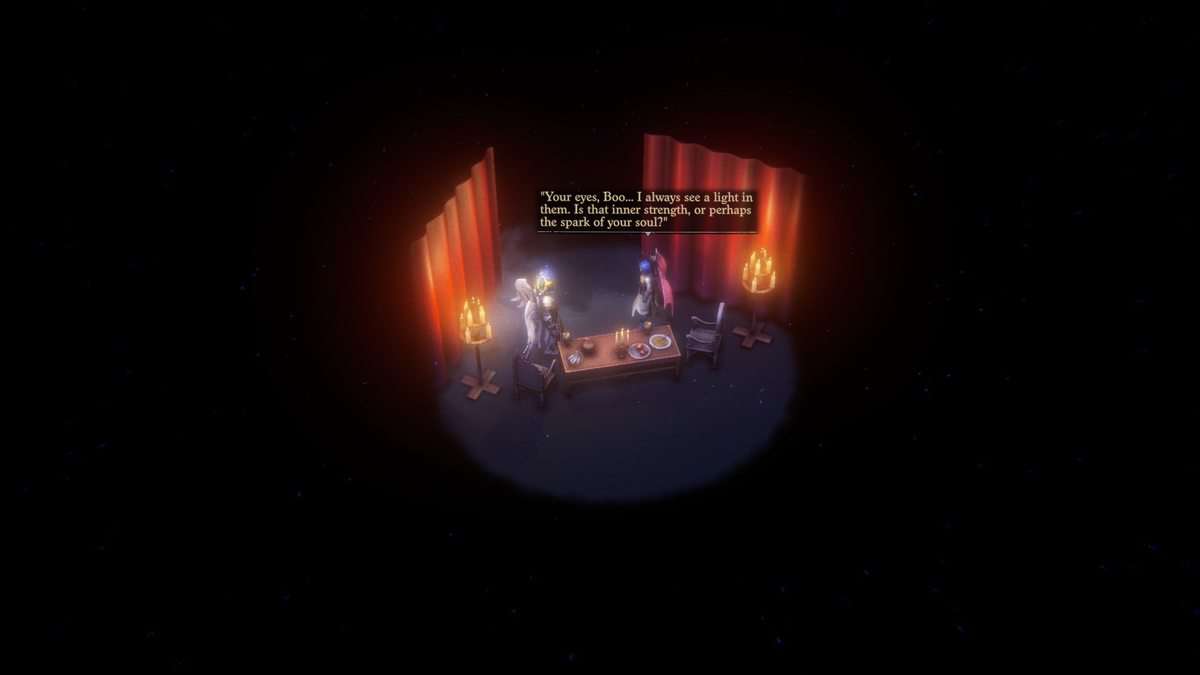 Stolen Moon is one of the quests in Pathfinder: Wrath of the Righteous in which you’ll be tasked to clear the name of an NPC named Woljif so that he can get back to his family. The guide below contains a breakdown of the entire walkthrough of this quest.

In order to play the Stolen Moon quest, you must have saved Woljif beforehand. Woljif will want to get back to his kin, but since he’s charged with treason, he won’t be able to.

To prove that Woljif is in the right, you’ll have to overcome this quest and identify the real bad guy.

Below, we have detailed every single step of your way throughout the Stolen Moon quest. So, let’s get started!

First off, go and talk to sister Kerismei and tell her that you’ll find the real traitor by choosing the following dialogues in the same order as below:

Accordingly, head to Defender’s Heart and converse with Irabeth to find out who told the family about Woljif’s possible betrayal.

Irabeth will tell you that it was a Thiefling, covered in a cloak. She’ll also provide you a password to use on the Golem, who guards the Ancientries and Wonders shop on the crime scene.

Deduce the Identity of the Real Traitor

The shop’s icon will now appear on your map. So, make your way towards it and talk to Golem at the back of the shop.

When prompted, give him the exact password that Irabeth revealed to you, and he’ll tell you everything you need to know about the Thieflings that have visited the shop.

When the conversation ends, carry out an Athletics check on the Golem to cause him to move aside, unveiling the trapdoor below.

Make your way through this trap door, and down in the basement, you’ll encounter the shop owner, named Finnean.

Speak to him, and he’ll give you more information on the Thieflings who visited the shop. According to the information you will gather by now, the real traitor will be identified as Melroun.

Anyhow, when the conversation with Finnean ends, make your way to Sister Kerismei and reveal the name of the real traitor to her.

Once you do that, Woljif will be cleared of all charges. On the other hand, Melroun will try to escape, but sister Kerismei’s guards will grab him and take him for questioning.

Finally, to put an end to the quest, return to the Defender’s Heart and talk to Woljif in the tavern’s kitchen.

As a reward for completing this quest, you’ll receive Thieflings Vault Key and 30 XP.