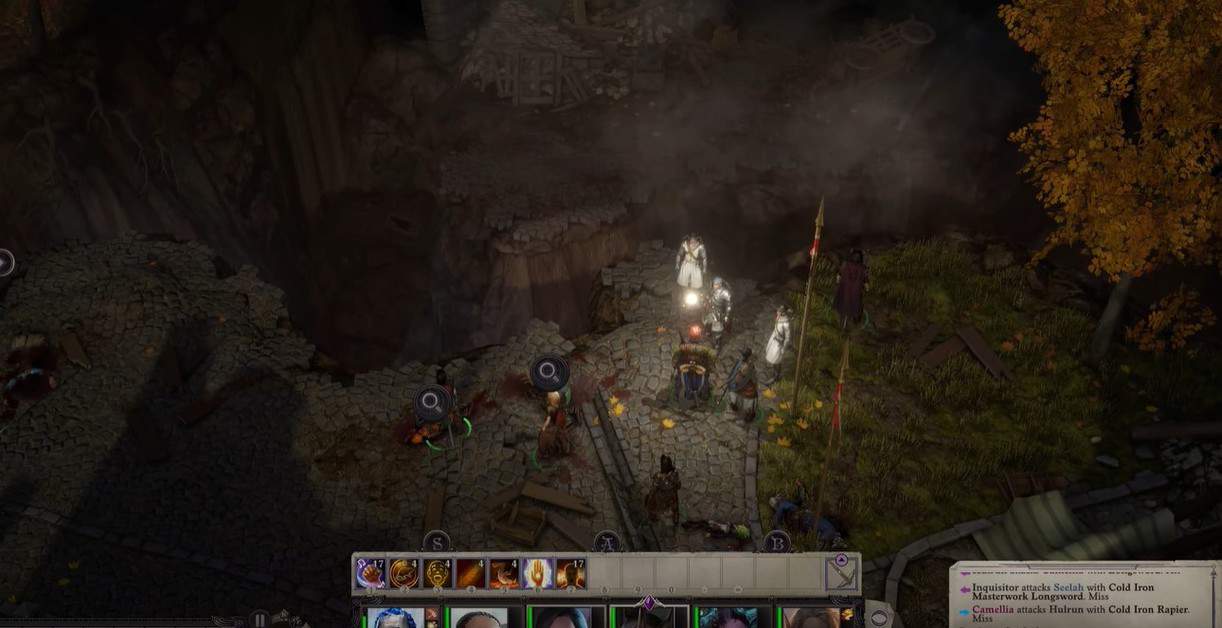 During the Feud of the Faithful quest in Pathfinders: Wrath of the Righteous, you’ll come across a location called the Marketplace; located at Kenabres. During exploration, you’ll get assigned with several objectives to complete.

Feud of the Faithful

Two of the Objectives in Feud of the Faithful quest in Pathfinder WotR are:

Your main NPCs of the quest are going to be Hulrun and Ramien since the entire story revolves around their dispute which you have to settle.

The quest may look quite confusing at first but once you reach the main location; which is the marketplace, you’ll gradually start to complete it with ease.

Head over to Market Place and search the place till you come across a pile of rubble. Move across it to reach a ruined tower.

There you’ll find both Hulrun and Ramien. After what looks like an argument, both part ways, and Ramien is teleported to another location.

Once that part of the story is finished, Hulrun assigns you a task to kill Ramien. Additionally, if Ember is a part of your party, she takes part in killing Hulrun. However, you have the authority to prevent that from happening and continue with your search for Ramien.

Where to Find Ramien in Wrath of the Righteous

Ramien is found at the Temple of Desna, next to a wall near the Perception check. Finding him can be easy if you have the “See Invisibility” scroll as he is shrouded.

Once you’ve found him. He tells you his part of the story and now you’re left with more options.

You can either kill Ramien or spare his life. If you decide to spare Ramien’s life, head back to Hulrun and explain your actions till you convince him to leave Ramien alone OR you can simply kill Hulrun instead while Ramien gets to live.

Now it’s your time to decide whom you want in the army. Once you’ve made up your mind, you’ll complete the Feud of the Faithful quest in Pathfinders: Wrath of the Righteous.