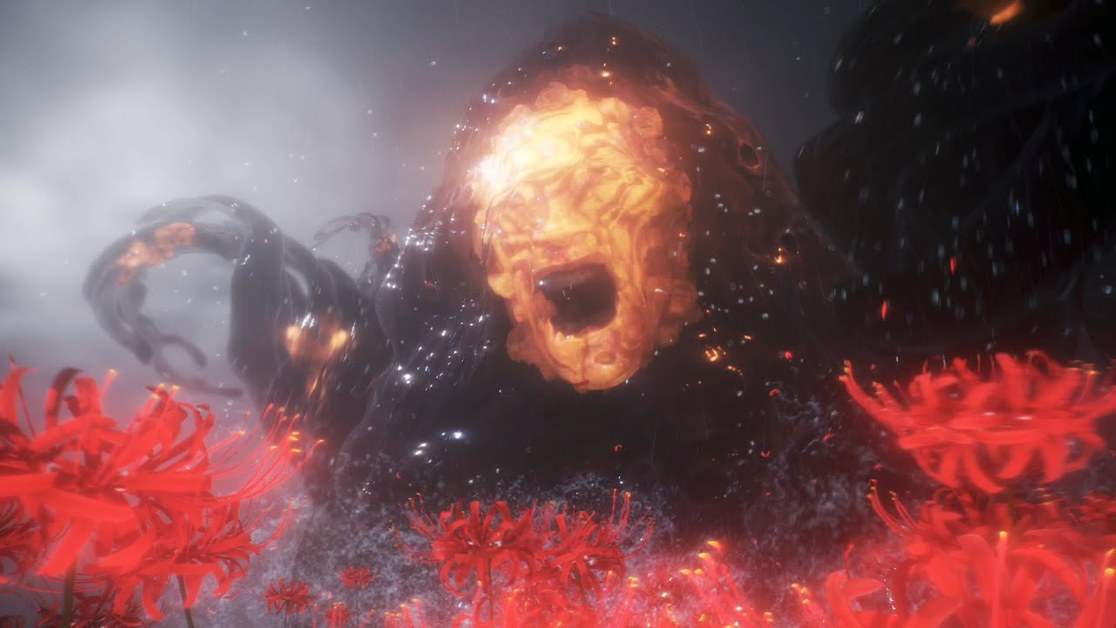 This Nioh 2 Uminyudo Boss guide will guide you on how to fight and defeat the Uminyudo boss with ease in Nioh 2 Tengu’s Discple DLC.

Uminyudo is one of the bosses that you’ll face in Nioh 2 while out in the sea during Tengu’s Disciple DLC. Uminyudo is one big blob of water with its face lit on fire.

Uminyudo will change its forms back and forth while fighting you. Uminyudo can transform itself into two formations.

Fighting the boss is fairly simple. It has only a few sets of moves, and it keeps repeating them to a point where it gets easier to memorize them.

Dodge the moves and hit it with your counter move. Defeating this boss will reward you with Uminyudo Soul Core.

Fighting Uminyudo Boss
The boss will begin the battle by spitting an anchor on you. Therefore, you need to keep your defense up when the battle begins.

Most of the attacks that the Uminyudo boss makes initiate from its mouth, except the Arm attack.

In its Arm attack, it will send its huge watery arms come crashing down on you. You’ll see this attack coming from miles away, and you can easily dodge it.

After the attack, its arms will stay on deck for a while giving you plenty of time to attack its arms.

All of its attacks are slow, and they can be dodged easily. There is one deadly attack that you need to look out for and that is the laser attack.

You’ll see the laser attack building up when its face starts to glow brighter. This attack would be less frequent but devastating if you get caught in it.

Other than that, the boss loves to spit water balls on you. Again, this attack is quite slow and easy to dodge.

Uminyudo boss will consistently change its position by getting out of the water and flying over to another side of the deck to attack you from a different angle.

As far as your tactics for the battle are concerned, you can either use your archery skills and attack it from a distance or get really close to its face and make short-ranged attacks.

Both of the attacks are equally good, depending on your playstyle. Once you have dealt the boss with sufficient damage it will change its form and climb onto the deck.

Later in the battle, it will also be accompanied by a few more adversaries. Try not to indulge in a battle with them that often and their attacks are easier to dodge given that you maintain a distance from them.

Attack them when Uminyudo boss is changing positions.

Summoning Benkei for Help
To help you in your fight against Uminyudo boss, you can summon Benkei to help you.

However, to do so, you need to pick up two Incendiary Longbow Arrows before the battle.