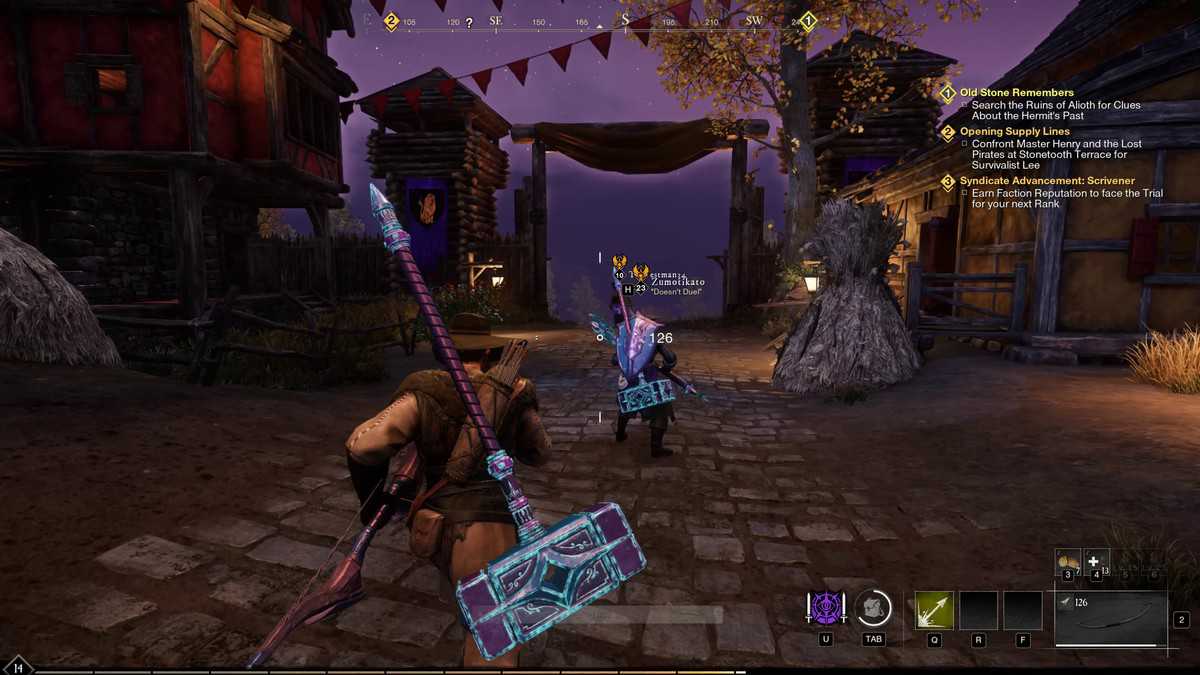 This is a complete guide on the Amrine Excavation Expedition in New World. We will be covering everything related to your first expedition in the game, including how to get there, the boss encounters, what loot drops to expect, and general tips to help you breeze through it with ease.

Amrine Excavation is the first “dungeon” you will experience in New World as part of the main questline. This expedition is divided into several sections, and each section has its own set of challenges and bosses to defeat. Before we dive deeper into the raid, let’s discuss all the prerequisites you need before starting this raid.

Before venturing into your first raid in New World, you have to make sure that you aren’t ill-equipped or unprepared. Otherwise, you are in for a rough ride because you will be facing several powerful bosses in the raid.

You have to be at least Level 25 before attempting the raid and party-up with at least 3 DPS players and 2 Healers. If you don’t have that many friends, consider checking the global chat for other parties looking for members.

The 2 healers will play a pivotal role during the boss fight in the final layer of the raid, so make sure that your healers are good at their job. Once your party has assembled, and you are adequately leveled, head to the Amrine Excavation’s location. It is located in Windsward, just east of the Fort.

Before heading inside, talk to the dog at the main entrance to receive additional tasks to complete once you are doing the expedition. The Amrine Excavation Expedition is divided into 6 main areas, which are:

The first 4 areas have basic interactable puzzles and monster nests for you to deal with and should not pose that much of a threat provided you move carefully and mind your surroundings, as some of these areas have death traps as well. Your first boss fight will take place at the Star Shrine.

Once you reach the Star Shrine, get ready to face off against Foreman Nakashima. To start the boss fight, you need to place the Hollowed Candle on the Spectral Shine. Nakashima’s most powerful attack is AoE-based, and if you try to exit its radius, you will be stunned, so make sure you jump over the waves while staying inside the AoE radius.

He can also target a specific player from your party and attack them aggressively, so make sure that you are not too greedy when going in for attacks. You should be able to defeat him easily if you take it slow.

Once the boss is done and dusted, you can loot the lore page and both of the chests in the room and move onwards with your adventure. The next area will have the final boss fight of the Amrine Excavation Expedition.

Simon Grey is your final boss for this raid and can prove to be quite a handful if you waltz in without a strategy and don’t communicate with your teammates.

Simon Grey will spawn adds during the fight, and you should prioritize dealing with them first as they can be quite annoying when you are trying to dodge his vomit-based AoE attack. That attack can also buff the adds, making them much more troublesome for you to deal with.

Simon can also cover a lot of ground with his dash attacks, making him a threat to your healers, so be sure to dodge those attacks and protect your healers as they heal the DPS players.

You will receive a heart gem among other loot after defeating Simon. Collect everything and then leave the raid once you are ready.

There are no guarantees that these will drop for you, but still, here are the rare item drops you can expect while grinding this expedition.

These general tips will make things a lot easier for you during the expedition, so make sure you utilize them properly.

Before starting your encounter with Nakashima, clear out the area and kill all the mobs to make it less crowded and bothersome during the boss fight.

If any party member is outside the room when the boss is summoned, they will be locked out of the fight, so make sure that your whole party is present in the arena before starting the encounter.

When Simon Grey uses his aggressive dash attacks, make sure you watch his patterns closely and dodge timely as even getting hit by that attack once can easily deplete half of your health bar.