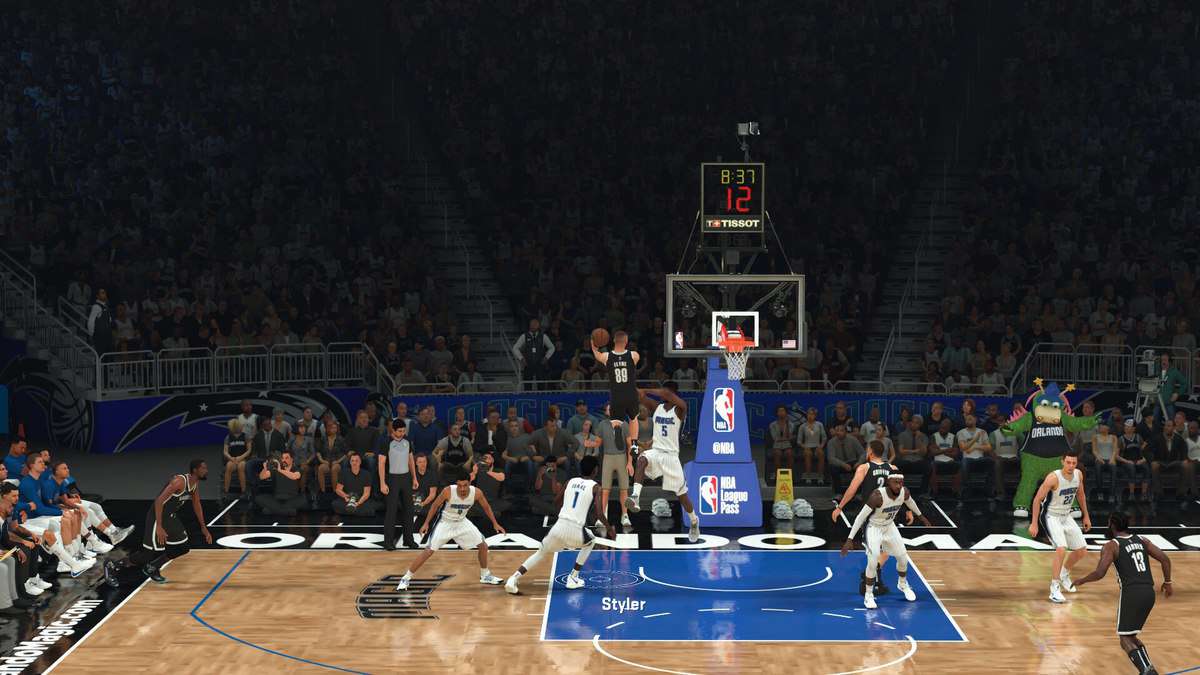 Before you can reach the Finals in NBA 2K22, you need to build your Team from the ground up.  In this NBA 2K22 best builds guide, we’ll give you some of the best builds that you can craft at every position in NBA 2K22.

Acing NBA 2K22 is all about having skills and the perfect builds at each position across the court.

This recent NBA title is not a lot different from its predecessor, 2K21, when it comes to Player builds. However, there are a few new Skill Breakdown and Physical Profile pie charts introduced this year.

The Skill Breakdown section while crafting the build lets you decide the finishing, shooting, playmaking, defense/rebounding skills of your Player.

Finishing skill is all about offense. If a player has better finishing skills, they’ll be able to score a basket more easily.

Shooting skill too reflects the offensive skills of your Player. With better shooting skills, they can make long passes and score three-pointer baskets with ease.

Defense/rebounding skills come in handy when a player is standing in a defensive position. With better defensive skills, your Player will be able to steal the ball, despite any challenging dribble at the other end.

Lastly, half of the game relies on keeping control of the ball and making well-timed passes. This skill relies on the playmaking skill of your Player build.

Next comes the Physical Profile of your character.

The Physical Profile of your build defines the Player’s agility, strength, and Vertical.

The agility defines how quick your Player is across the court. Strength determines how long your Player can maintain his ground while trying to steal a ball from the opponent.

Finally, vertical stats determine your Player’s ability to jump and the time they can take to reach their highest point.

The Player’s Physique is dependent on his body shape, height, weight, and wingspan. Other than the body shape, each attribute has a role to play in the Player’s performance, including the skillset.

Height is responsible for determining the speed and acceleration of the Player. Tall players will be less speedy. Height also plays a crucial role in the dribbling speed of your Player. Shorter players can dribble faster than taller players.

Weight will affect the strength and speed of the Player. Players who have more weight will be leading the way when it comes to strength. However, they’ll have less speed.

Wingspan defines the length of your arms. Wingspan has a direct impact on your Player’s strength. Reducing the wingspan will increase the strength.

Now that you’re aware of all the build options that you’ll be coming across while building a player, below we’ve given some of the best builds you can craft for each position in NBA 2K22.

If you’ve ever played NFL and know about Quarterbacks, then you’ll know how crucial Point Guards are.

They’re usually shorter in height, and they’re an asset to the team when it comes to offense.

This build of ours will be good at shooting and playmaking when it comes to selecting a Skill Breakdown. Moving on to the Physical Profile, this build will be all about speed with a respectable vertical.

Below are all the attributes for this build.

The second point guard build would have a slightly taller player than that of the first one. However, it would still be leading in finishing and shooting skills.

There’re two pie charts that have a higher percentage painted in blue and green. Select the one that has slightly more blue in it.

For your Physical Profile, select the pie chart on the top. This build is all about speed and vertical.

Once again, the third build will be dominating the court with its finishing and shooting skills. For the Skill Breakdown pie chart, select the third pie chart from the top.

For the Physical Profile, select the pie chart at the top. Again, our player will be quick on his feet.

Here’s a list of all the attributes that this build has.

The fourth point guard build will have the Skill Breakdown pie chart that has a massive portion dedicated to the playmaking skill. For the Physical Profile, select the first pie chart.

Below we’ve jotted down the attribute points of this last point guard build.

The skill pie chart that we’ll be going with for this build will be the one that has an equal amount of green and red color. As far as the Physical Profile is concerned, the build will have maximum agility.

The sixth point guard build is for the next-gen and below are its attributes.

Following are the attributes for this next-gen build.

Power forwards are pretty similar to the centers; however, they are better at playmaking and shooting. Here are a few power forward builds that we’ve put together.

Our first build at this position will have a Skill Breakdown pie chart with a majority red. When it comes to Physical Profile, select the pie chart that is second from the bottom.

Here’re all the other attributes along with their points for this build.

For this build, we’ll be using one of the new skill pie charts introduced this year. Select the pie chart that is second from the bottom.

For the physical pie chart, select the first from the top. This pie chart should have predominantly Purple and a respectable amount of Pink.

Here’s the attribute breakdown for the second power forward build.

Our third power forward build will be leading the way in shooting and defense/rebound skills.

When it comes to picking a skill pie chart, pick the one that has more green and less red. You’ll find it towards the end of the pie chart line up. Moving on to the Physical Profile, select the first pie chart that enhances the agility of your Player.

This is a Next-Gen build, and it will have the following badges.

In this build, we’ll be opting for the pie chart that has a maximum of red in it. Secondly, the Physical Profile pie chart would be the one with maximum agility.

Here’s the attribute point breakdown for this build.

Below we’ve given all the attribute points for this next-gen power forward build.

Shooting guards are required on the offense. No other position can match their speed. And when it comes to taking the ball across the court, no one can do it better than the Shooting Guards.

Below we’ve put together some of the best Shooting Guard builds.

The Skill Breakdown pie chart with half yellow and half red would do the trick for our first Shooting Guard build.

Since Shooting Guards have to carry the ball across the court, they need to be quick. Therefore, pick the first Physical Profile pie chart that has a majority purple in it.

This build will have the skill pie chart that has a majority yet an equal amount of yellow and red color.

For the Physical Profile pie chart, select the second one from the bottom. Before jumping onto the attributes, let’s have a look at the badges that this build will be having.

Below are the attribute points for this build

This is one of the next-gen builds, and below we’ve given its attribute points breakdown.

Centers are the all-rounders in NBA 2K22. Their name is quite misleading, since they’re nowhere near the center, but reign under the basket.

They can snatch away the ball when it comes to defense, and score a basket when they’re required on the offense.

Here are some of the best Center builds in NBA 2K22 that we’ve put together.

This first center build is a next-gen build and below we’ve given the breakdown of its attribute points.

Below is the attributes point distribution for this build.

This is a current-gen build. The skill pie chart for this build would be the one that has mostly red in it. For the physical profile pie chart, stick with speed.