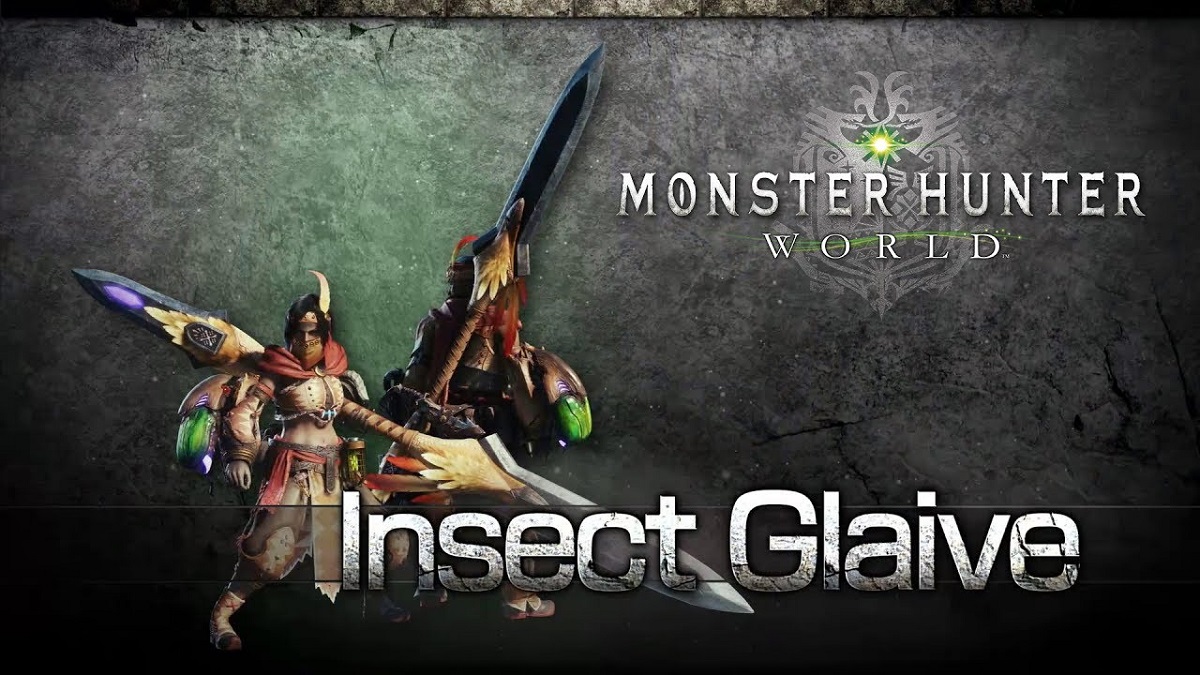 Insect Glaive in Monster Hunter: World is by far the only aerial weapon that allows you to be nimble and agile in battle. The weapon has many unique characteristics and uses and we are here to discuss all of them. Our MHW Insect Glaive Guide will cover the mechanics of the weapon including Kinsects, the standard attacks of the weapon and some basic builds.

Insect Glaive in MHW lets you use the devastating effects of the weapon without compromising your maneuverability or movement speed.

Once activated, it launches you at the enemy creature whether it is a flying monster or grounded and lets you attack it on top of it.

The Insect Glaive can be equipped with Kinsects which can be bought at the Smithy, for various buffs. The Insect Glaive is very useful in combat because of the many speed movement and dodging features it possesses.

However, to use these features at their best potential, you must get the Attack Extract from the Kinsect you have equipped.

The Vault by pressing R2 + Cross and Rising Slash combo by performing Triangle.

Kinsects basically have two types Mulldrone and Culldrone. Both are entirely different in abilities Mulldrone is basically used for support as it can heal your teammates when aimed at them.

Whereas Culldrone being entirely opposite is fully offensive and deals damage to the enemy. If you want the Insect Glaive’s elemental abilities and more, then go to the Smithy and under Kinsect Management select Nurture Kinsect.

This will enable you to take a look at all types of different Kinsect types. Any Kinsect you want to nurture has things called Dust Types which are as follows: Speed, Heal, Power and Dust Effect. Then there are different Dust Effects Type as well.

To get a clear understanding, whenever you hit a monster, they will leave a Dust Cloud. Depending on your Dust Effect, the Dust Cloud goes in order. Different Effect Types are Heal, Paralysis, Poison, Stun, and Blast.

Finally, Kinsect Elemental abilities, there are four Elemental Types and these can heal you with different elemental monsters and you can use the element the monsters are weakest against. The types are Fire, Water, Ice, and Electric.

If we were to recommend a build focused purely on damage output, then we would go with Catastrophe’s Light paired with Pseudocath III Kinsect… that is sure to put monsters down very quickly!