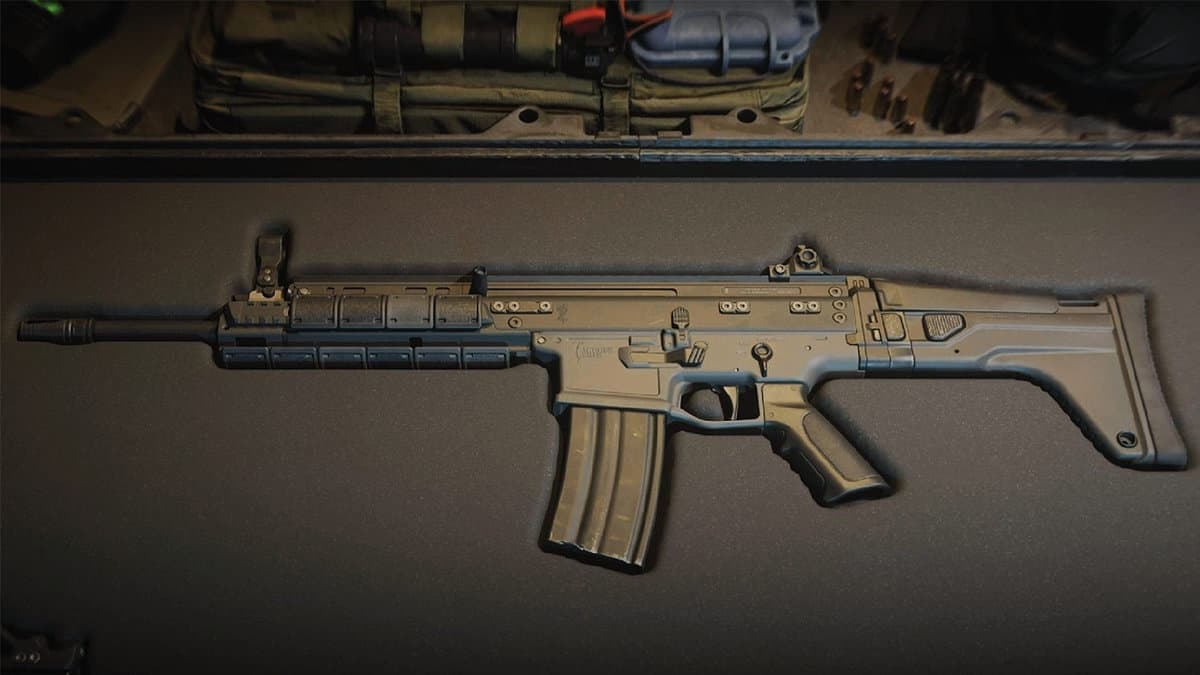 SCAR-L, one of the most reliable and strong weapons in the Call of Duty franchise, returned to Modern Warfare 2 as the TAQ-56 assault rifle.

TAQ-56 offers high accuracy and damage output for you to dominate long-range play in your multiplayer matches. It has everything you would expect from the best assault rifles in MW2.

However, you will still need to build a good loadout with the right attachments to make the TAQ-56 a deadly offensive measure. TAQ 56 is one of the earliest assault rifles available in MWII and you don’t need to progress in a weapon platform to unlock it.

To get your hands on the TAQ-56 in CoD MW2, simply reach level 19 in your Military Ranks and TAQ 56 will be unlocked and available to use.

The attachments we have used below do require some grinding so make sure to equip TAQ 56 to your primary loadout and get some levels before going for our recommended Modern Warfare 2 class setups. The following guide will get you started on that.

The ECHOLESS-80 Muzzle provides you with an increase in Damage Range, Sound Suppression, Recoil Smoothness, and Bullet Velocity which makes it one of the best Muzzle attachments to equip in this MW2 class setup.

Having a 40-Round Magazine will be more than enough to last for the majority of the battle. With Weapons Platform Specific Attachments such as the TV Cardinal Stock and the 14.5″ Tundra Pro Barrel, you can receive Hip Fire Accuracy, Damage Range, Bullet Velocity, Sprint Speed Aim, and Walking Speed.

For this loadout, the best secondary weapon is the X12. Using this semi-auto 9mm, you can shoot out of a close-ranged gunfight and escape from harm’s way. The X12 has similar designs to the real-life Glock 17. To unlock this pistol, you must reach Level 31 in Military Ranks.

Your primary Perk will be the Battle Hardened as it serves as combined traits of Tac Resist/Tactical Mask and Hard Wired, providing you with less effectiveness towards flash, stun, EMP, and gas

Another useful perk is the Bomb Squad which even lets you see through walls and find the opponent’s planted bombs.  Lastly, the Ultimate Perk for this loadout will be Bird’s Eye as it pinpoints the enemy’s location on the map.

Stun Grenade helps in slowing down the opponents that charge your way. If you pair this grenade with the Drill Charge lethal explosive, you will end up with quite a few kills within seconds.