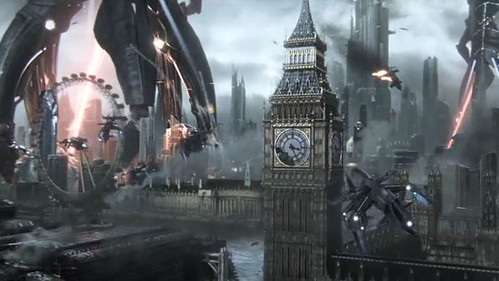 Welcome to the tweaks guide for Mass Effect 3. Technically, Mass Effect 3 uses the exact same engine as its predecessors, and has moderate to low system requirements for running.

For those looking to maximize the visual aspect of the game while knowing their system’s performance won’t be hindered, it is recommended that they have a look at their configuration through the Mass Effect 3 Configuration utility found in Mass Effect 3\Binaries. If everything is maxed and you still desire better visuals, have a look the detailed tweaks that follow shortly in this guide.

For those looking to maximize the performance while sacrificing the visuals, a good method to start off is by actually reducing or turning off in-game available variables such as anti-aliasing, reducing general resolution, and/or reducing Spherical Harmonic Lighting and Anisotropic Filtering options.

If you’ve done all that, and are still not satisfied with the output, be it visuals or performance, then have a look below for some additional options that aren’t available conventionally:

Mass Effect 3 – Anti-Aliasing
Mass Effect 3 does already offer anti-aliasing by default, but some people prefer even better anti-aliasing, as the default doesn’t entirely remove the jaggedness and may also blur the screen. This is possible mainly through the drivers and other related software for your graphic card.

For Nvidia users, the Nvidia Inspector is a great tool for doing this. You can download it from here. Also, make sure you have the latest drivers for your card, as the Mass Effect 3 profile is unavailable in the older versions.

Next, launch the Inspector after installing it and click the ‘Driver Profile Settings’ button. A window will open. View the profile drop-down menu to find Mass Effect III, and select it.

Apply Changes and make sure to turn the in-game AA settings OFF to prevent conflicts.

Mass Effect 3 – How To Change FOV
The field of view is general amount of visible world on-screen. The default in Mass Effect 3 is 70 degrees. This is absolutely unchangeable in the game itself. However, there is a way around it.

Next, make sure ME3 and Origin (if running) are closed. Run the widescreen fixer utility and select the game from the drop-down menu. Go to the settings and assign a suitable hotkey for to trigger the FOV fix.

Now, click the Cog icon next to the Select Game box and select a new field of view for ME3 from the ‘Vertical Field-of-View in degrees’. Once finished, close the window.

Leave Widescreen Fixer running in the background and run Mass Effect 3. Activate the fix at the BioWare logo screen through the assigned hotkey to apply the fix.

The Mass Effect 3 config file, called GamerSettings.ini, can be found in the following directory:

You can edit the variables and parameters in the file by opening it in Notepad. However, before attempting to do so, make sure to create a BACKUP COPY of the original.

Most of the settings in the file are variables that can be changed in-game, and there is really no need of changing them over here. However, certain variables can be added into the file to make certain enhancements. These are explained below:

SmoothFrameRate=False, UseVSync=False
These two factors are what cap your frame-rate limit to a maximum of around 60 fps in the game when true. You can add these variables to remove the cap.

MaxShadowResolution=2048
The above variable controls the resolution of the shadows in game. A lower value will result in jagged and pixelated shadows, while a higher one will result in much smoother and realistic shadows. However, increasing the value can have a significant impact on your game’s performance.

Also, note that any value above 2048 is almost impossible to notice, and will instead just chop off additional FPS.

ShadowFilterRadius=2.000000
This variable will determine the quality of softness or sharpness of the edges of dynamic shadows. Higher values will result in softer shadow outlines; lower values will give sharper outlines. The default is 2, but if you wish for more sharper/smoother shadows, you can lower/raise the value to your need.

DepthOfField=False
This disables the game’s depth of field effect, which makes distant objects appear blurred out and closer objects appear sharp. This will improve performance, and remove the DoF effect. However disabling DoF will also disable diffuse lighting and under-saturated colors, which will make the in-game world appear less vivid.

Distortion=False
This variable controls the heat distortion effect, which can be noticed most close to weapons when firing or reloading. Disabling this may slightly improve performance. However, it will reduce realism.

DynamicDecals=False
This will disable decals such as bullet hole marks etcetera which can slightly improve performance. However, it will decrease realism.

LensFlares=False
This variable will disable the blue lens flaring effect that is seen very regularly throughout the game. You can disable it to get some improvement in performance. However, this is a key feature as it allows you to see many essential environmental items that have to be activated.

Got more tweaks? Share with us in the comments below! For more help on Mass Effect 3, read our Multiplayer Character Builds, Errors Crashes Fixes Tips and Romance Guide.