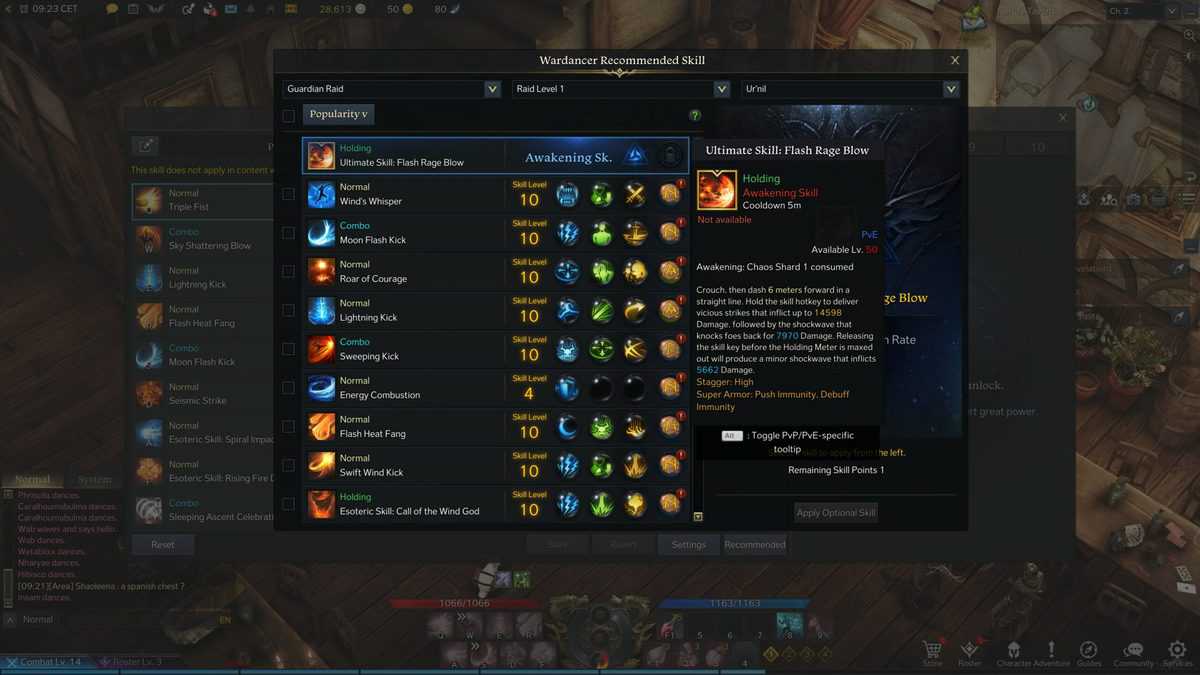 Awakening Skills are not your typical Skills in Lost Ark. These are advanced skills and can be used by different types of classes. Each class possesses its own unique Awakening Skill that gives them passive abilities, making them even stronger.

With all the power put into these skills, it’s quite difficult to manage them. However, that doesn’t take away their importance in both PvE and PvP battles.

Let’s dive deeper into the world of Lost Ark and see what Awakening Skills have in store for us.

How to Unlock Awakening Skills

Each class has two Awakening Skills slots in their possession but can only equip one at a time. To acquire these skills, you must complete a few given quests and objectives.

Before starting the quest, make sure you’ve reached level 50 as it’s the required level to take part in the questline. Once reached, take part in the main story quest to Verne City. You’ll find a message from Beatrice during this quest, who then assigns you a task to head over to her town Trixion and find her.

Finding the town is really fun. Simply open up your Song Sheet and play “Song of Trixion” as this song gives you complete directions to the town. Follow the song and meet Beatrice to acquire Heavenly Blessings Skill and Alithanes’s Awakening Skill.

Head over to Roheldel and complete all the quests given. To start the quest, however, you must visit Queen’s Garden and grab a mysterious letter. From there, you must complete all purple quests yellow quests in Facility X-301, and the remaining quests are found on Twilight Island.

At last, head over to the Promise Island and speak with Allegro and acquire the rest of your Awakening Skills.

How to Use Awakening Skills

All Awakening Skills in Lost Ark

Berserk Fury: Charge up your greatsword and land a hard-hitting strike.

Chain of Vengeance: Release chains, then pull the opponent close just to explode, sending the opponent flying away.

Alithane’s Judgment: Leap in midair to shine a bright light through the opponent notifying an attack on the way.

Guardian’s Protection: Regain 100% of your Shield Meter. Furthermore, release a protection aura of a 10-meter radius for the next 10 seconds.

Lance of Judgment: Summon a massive spear at the opponent that send the target flying away upon contact.

Oratorio: Inflict damage by playing a harp and singing with angels.

Symphonia: Fly-in midair playing an ensemble with angels, creating a shield for your allies inside a 12-meter radius.

Enviska’s Might: Form a magical dome in your surrounding that deals damage.

Apocalypse Call: Shoot meteor fragment from above on the target.

Flash Blink: Dash forward, slicing your opponent’s health in half with all swords equipped.

Gate of Eruption: Open the gates of hell to send out evil powers around the area to deal damage.

True Heavenly Awakening: Charge up all your energy into your legs before kicking twice to deal damage.

Fist of Dominance: Using the power of elemental, create an energy field pulling the opponent towards you. Follow it up by performing a combo of 6 attacks while soaking in 6 elemental forces.

Flash Rage Blow: Get in a crouching position and dash forward to hold the skill hotkey to perform lethal strikes.

Annihilating Ray: Charge up all your energy to shoot an energy ray while holding the skill hotkey to perform 5 lethal attacks.

World Decimation: Put your hands above and soak in all the energy for at least 3 seconds before dropping the spirit bomb.

Undefeated Dragon King: Focus on your inner energy and perform an attack on the opponent.

Blast of Ruination: Focus and strengthen your gauntlets to perform a striking attack.

Golden Eye: Summon 4 golden hawks that fly around the area creating a whirlwind that grows as time passes.

Bursting Flare: Summon a massive rifle to shoot the opponent down 3 times in a row.

Clay Bombardment: Position explosives nearby and use your handgun for a burst fire to deal damage.

Twilight Eye: Turn back to mark the nearest opponent as a dueling target.

High-Caliber HE Bullet: Lock your target and move backward to shoot a bullet.

Heavy Turret: Summon a heavy turret for the next 20 seconds to deal damage.

Missile Barrage: Shoot 20 rockets above that explode at the target when coming in contact with them.