How to Open Golden Loot boxes in Cold War Outbreak 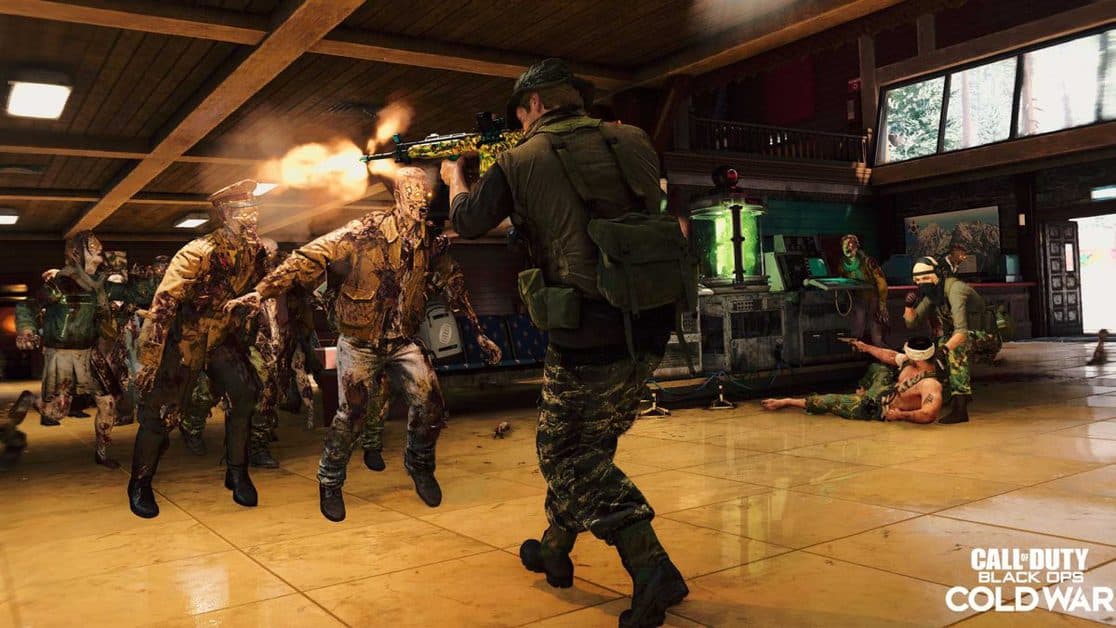 In Call of Duty Cold War Zombies, a new mode by the name of Outbreak has arrived, which has brought some new additions to the Zombies game mode. One of the new additions are the different loot boxes throughout the Outbreak game mode. In this guide, we will explain how to open Golden Loot boxes in Cold War Outbreak.

Out of all the different types of loot boxes, the Golden Loot box is the best which contains the most valuable loot.

How to Open Golden Loot boxes in Cold War Outbreak

While playing Outbreak, you will be able to find the golden loot boxes when you see a bolt of energy on the mini map.

If you are ready to take on this challenge, hold the key shown on the screen to spawn a large group of enemies, including regular as well as special zombie enemies.

Zombies like Tempests, Hellhounds, Mimics and Panzersoldats may spawn so be prepared to take them on.

You will have to kill each and every zombie that spawns in this challenge to open the Golden Loot box in Outbreak.

Once you deal with all the zombies, the Golden Loot Box will open, and it will contain highly valuable loot.

The Golden Loot Box can contain the following items as a reward: