How To Become Werewolf in Skyrim 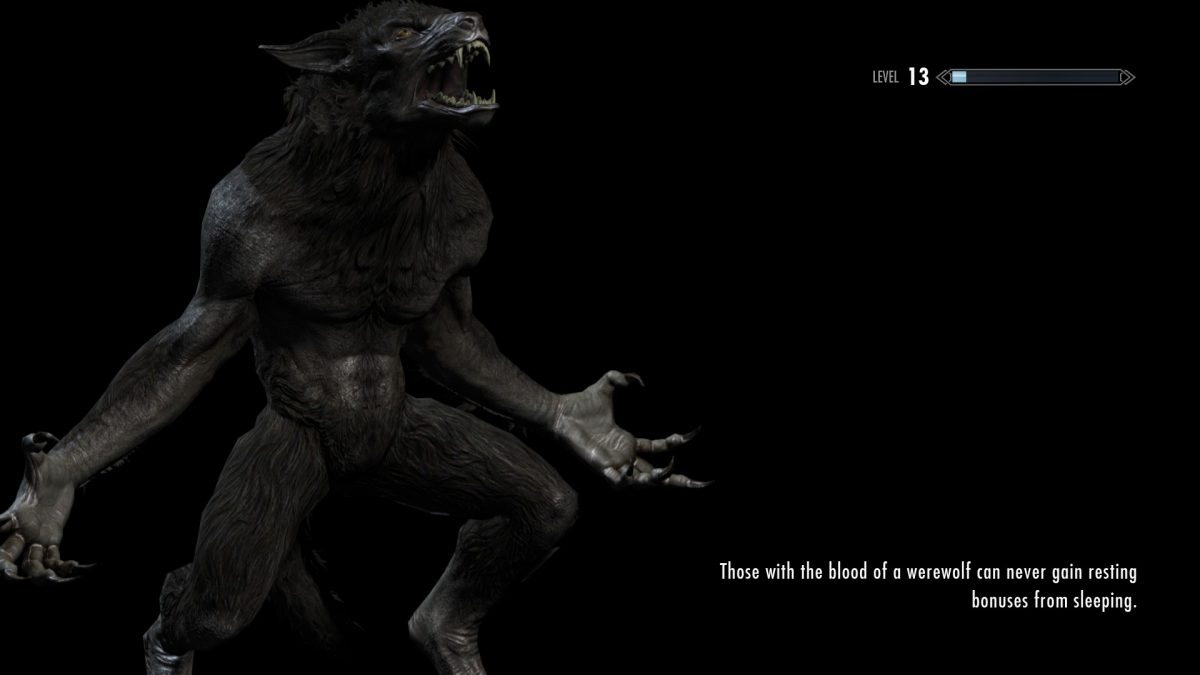 You already know by now that you can contract diseases in Elder Scrolls V: Skyrim. One of these diseases is Lycanthropy, which makes you a werewolf. You can contract this disease and become a werewolf by following a certain questline in Skyrim.

There are several benefits for contracting Lycanthropy, but at the end of the day, it comes down to your playstyle. In human form, you have increases health. While in werewolf form, your speed, and physical strength increases.

You are able to travel faster, have claws to tear enemies apart and even can use your howl to scare enemies to run away from the battle. When you get injured, you can feed on ravaged corpses as a Werewolf, to heal your wounds.

Werewolf effect is only temporary, you ultimately revert back to human form, but you can prolong this effect. Being a Werewolf, you can also avoid the Rested buff from sleeping.

Most devoted members among the Companions of Whiterun are Werewolves. Follow their questline to become a Companion yourself until you reach The Silver Hand Quest.

To begin this quest, go to the Companions headquarter in Whiterun at Jorrvaskr. Inside, go downstairs into the living quarters to talk to Kodlak Whiteman about joining the Companions. He will test you with a fight followed by a long quest

At the end of this quest, you will take part in a secret ritual, where you will drink another Werewolf’s blood and turn into a Werewolf yourself. You will be given a choice to commit yourself and quest will not advance if you don’t commit.

Don’t worry, you can become Werewolf here and cure the disease later by following another questline.

How To Cure Lycanthropy – Cure Werewolf
Take the quest from Aela to white-out the Silverhand, complete it and after that, speak to Kodlak Whitemane. He will tell you how The Companions were cursed by witches and give you Blood’s Honor quest, which will lead you to cure Lycanthropy.

While a werewolf might be strong but it is not easy to control. The brute strength does not compensate for the control. So, you’re going to need a bit of practice to get your hands on it.

Just as its control, the health is also quite low and the beast is even more vulnerable to attacks as it has no shield and armor. So, it’s best to avoid being attacked while in this form.

The Fear ability allows you to manage herds of enemies, so they don’t come upon you at once and also, they don’t attack while fleeing. Make use of it, to make the enemies flee in fear so they are much easier to pray on.

Long pressing the attack button sends the werewolf into a rage attack that will knock down all enemies within melee range. This will make it easier to deal with them as they cannot attack back.

The beast’s stamina is also limited. Sprinting and attacking consume it very quickly. The stamina is shown in the green bar on the right bottom. Keep a check on it while engaging so you can save up in case you need to get out of there.