How To Become Thane in Skyrim 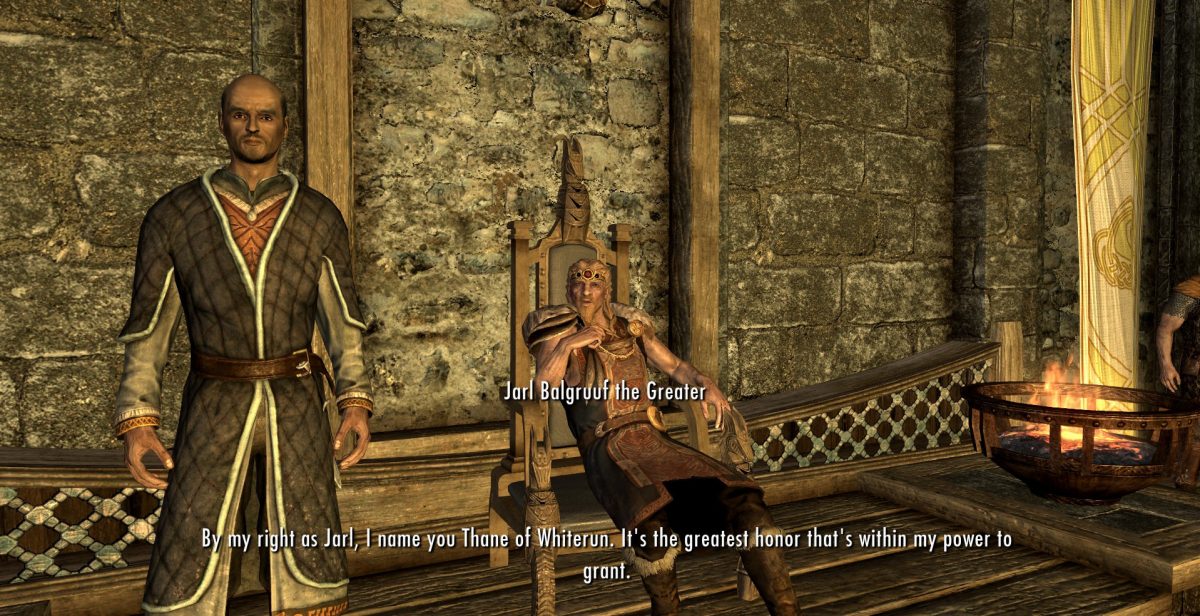 Completing a small series of quests can get you the title of Thane across various holds in Skyrim. This title brings some benefits like you can buy properties in neighboring areas, are more respected by the guards – which means you will be suspected less and things will get easier for you.

You will become Thane of Whiterun as part of main-quest, but Whiterun is not the only hold where you can attain the title of Thane.

How to Become Thane in Skyrim

For more help on Skyrim, you can read our Rare Items, Unique Weapons, and Unique Armor Guide.

Whiterun
This is the main/first thane of the game. You will become the Tane of Whiterun when you kill the dragon at Western Watch Tower and discover that you’re Dragonborn. The Jarl will now make you the Thane of Whiterun. This is part of the main story quest.

Morthal
Investigate the burnt house and complete its quests. Jarl will now tell you that she has no objection in making you the thane but she wants you to get popular in her hold, by that she means you’ll have to help three different people throughout the Morthal.

Markarth
For the Thane of Markarth you’ll have to complete many quests of Jarl and Stweard, also the Civil War quests. Once you have done everything you’ll be appointed the housecarl known as Argis the Bulwark. Help 5 citizens of Markarth and kill Forsworn for Jarl and Steward and they will make you the Thane.

Solitude
Falk Firebeard (Blue Palace) will give you a quest if you go and talk to him. The quest will be to investigate the lights/sounds which come out of the Wolf Skull Cave that is located in the mountains west of Solitude.

Complete the task given to you by Jarl and go back to her. She’ll tell you that she is happy to make you the Thane but for that you will have to buy some property in Solitude, which can be purchased from Falk (costs about 25000 gold pieces). If you have bought the property get back to her and you’ll become the thane.

Falkreath
Interact with Jarl Siddgeir and a bottle of Black-Briar Mead upon his request. After Jarl gets his drink, he asks Dragonborn to eliminate the bandit leader. Once you complete the objective, you will be given an offer to become a Thane.