How to Defeat the Harbinger in Halo Infinite 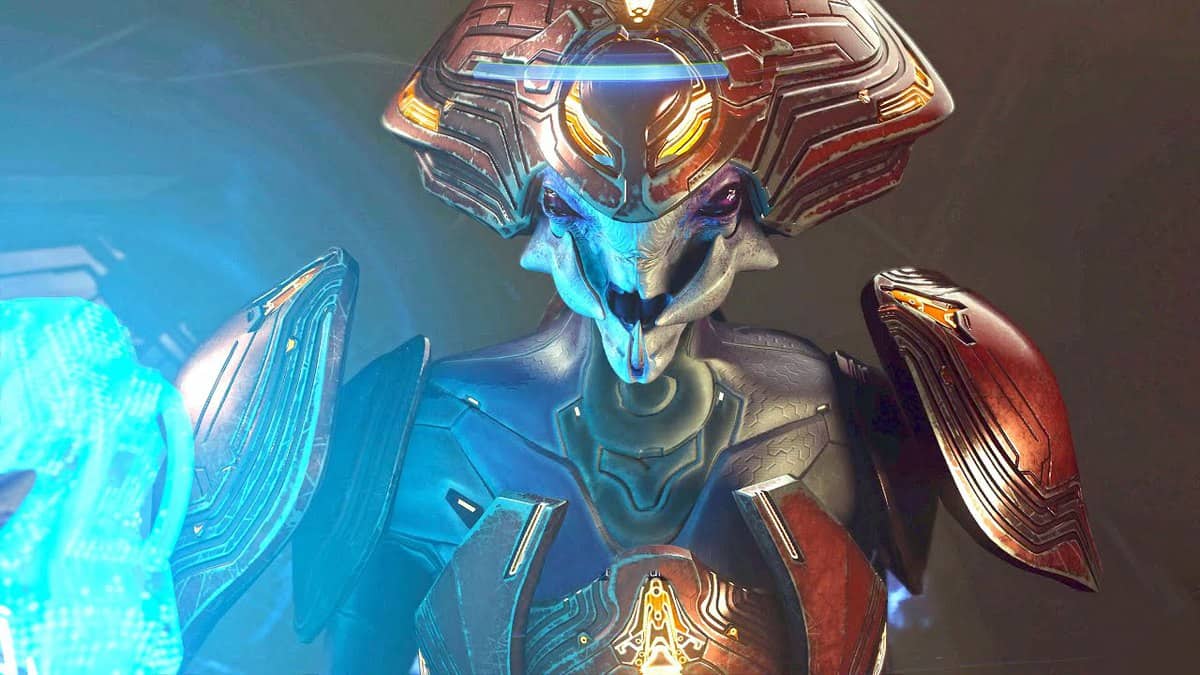 Harbinger is the boss fight in the grand finale of Halo infinite’s campaign. Chief has his work cut out for him as not only does he have to deal with the Harbinger, but the hordes of Banished as well. In this guide, we will let you know how you can defeat Harbinger in Halo Infinite by outlining key strategies and outlining boss phases.

The battle with the Harbinger in Halo Infinite campaign will take place in three phases. Each of these has its own strategy and nuance so we will tell you about each phase of the fight separately.

In the first phase of the fight, you can deal no damage to Harbinger as she will be coated in an indestructible shield.  To make matters worse, Banished forces will spill out into the arena.

Here, instead of focusing your attacks on her, you have to first take down all the Banished mobs she has summoned. Focus on mobs and stay agile and you’ll clear them out no sweat.

Once you are done killing them, the battle will enter the second phase.

In the second phase of the battle, Harbinger will shed her shield and now it’s time for you to attack her with all you got. She is quite a strong boss and takes you out in a few moves, so watch out.

You have to use the area wisely as the complete area is filled with weapons and grenades. You have to move quickly in the arena and attack her whenever you got a window. There is a small window to attack her after she attacks you, so watch for that opening.

Just continue to do that and Harbinger will again enter her shield. Now it is the start of the third phase of the battle with the Harbinger.

In the third phase of the fight, it will get difficult for you to survive as there are many enemies in this phase. Along with the other enemies, you will also face a fully armored Brute with a gravity hammer.

He is very dangerous for you as he can take you out in a single move in a normal difficulty setting.

Utilize the grappleshot to maintain distance and remove other enemies from the fight. After taking those out you have to focus on taking out the brute with the hammer.

Here you can use grenades to deal damage to the brute from a distance. If you can find a Sentinel Beam it will be very helpful and you can take out the brute very quickly with it.

After fighting with these banished hordes you need to be prepared to face the Harbinger again.  You have to get outside the arena after defeating the allies she summoned and wait for her.

Once she enters your range, you have to grappleshot her and continue to move around to evade incoming attacks. Stay agile and use your openings to continue to strike her and you’ll come out on top!