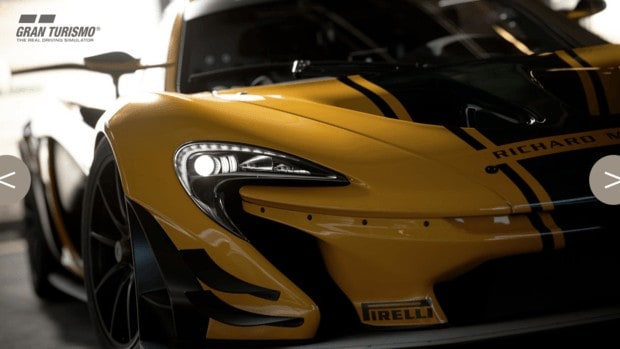 This new December update in Gran Turismo Sport also brings the McLaren P1 GTR’16 which the fans wanted. This new update adds a total of 7 new cars to the game.

7 new models from Muscle cars to Supercars are as follows.

We are also going to get the south route for the “Tokyo Expressway” street course with the outer and inner loop.

Check out the official patch notes for the December Gran Turismo Sport 1.31 Update below.

A new “South Route” layout has been added to the “Tokyo Expressway” street course based on the existing Shuto Expressway of Tokyo. With a home straight lining up next to the high-speed railway, mid to high speed S curves that turn rhythmically to the right and left, and a pit facility using a parking area, this track has a very different character compared to the Central and East routes. In addition to the Outer Loop layout which contains a variety of corners including hairpins and chicanes, there is also an Inner Loop layout that passes through a shipping container terminal.

7 new rounds being added to the GT League.

Spots will be added to the “Peugeot” section in Brand Central.

New spots will be added to “Season’s Greetings – Scenes brought to life by light”.

“Circuit de Barcelona-Catalunya” will be added to the “Circuit Experience”.

The “FIA” section will be added to the Museum.

Now that’s not all as Polyphony Digital mentions that there are more features, improvements, and fixes included in this new update.

Polyphony Digital has been working hard to improve the overall experience of the game by bringing in new features and cars to the game. We have been receiving new updates almost every month and fans of the series are enjoying it very much.

In other news, Kazunori Yamauchi, CEO of Polyphony has hinted that he’s working on a new Gran Turismo game which we might get on the upcoming PS5.

Kazunori Yamauchi almost confirmed it by saying that the current Gran Turismo is over-specced on PS4 so they are now working on the future versions of the console. We are expecting this new Gran Turismo title to be one of the launch titles for PS5.