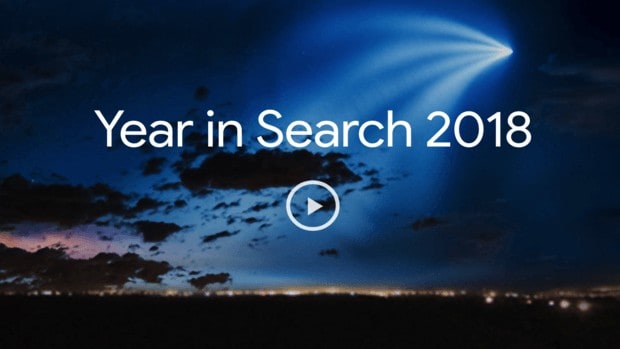 2018 was a great year for gaming. And Fortnite was the only game that almost everyone tried once in the year due to its popularity. Fortnite is a global phenomenon which continues to grow further. Google has now revealed their “Year in Search” of 2018 and Fortnite has topped the gaming category.

At the end of every year, Google releases a “Year in Search” report and this time it was for 2018. This “Year in Search” by Google consists of top 10 searches in different categories that defined the year 2018.

According to the results, 2018’s top video game search term in the United States was Fortnite. This doesn’t come as a surprise at all because Fortnite was all over the internet in 2018. After Fortnite comes Red Dead Redemption 2 followed by Fallout 76 and Far Cry 5 and Sony Santa Monica’s GOTY God of War on PS4.

You can check out the full list of top 10 video game searches from “Year in Search” 2018 by Google below. Among the list, Zombs Royale has appeared out of nowhere as it’s not something that we heard of in 2018. As for Fortnite competition goes, PUBG failed to come in the top ten which is a big disappointment.

Other than that, Fortnite also topped the category of GIF search on Google. This clearly tells us that people like to share Fortnite dance emotes with others. This is some good news for Epic Games as they continue to bring more content to the players in the game.

Though in other news, Fortnite is now in trouble for using dance moves as emotes which are made by some famous hip-hop artist and celebrities. Russell Horning aka Backpack Kid is the last person who has filed a lawsuit against Fortnite over using his dance move in the game without his permission.

Russell Horning aka Backpack Kid is famous for his dance called Flossing. This same dance was introduced in Fortnite as “The Floss” and was sold for real cash for a long time without the permission of Backpack kid.

Before that, rapper 2 Milly also filed a lawsuit against Epic Games. Alfonso Ribeiro from Fresh Prince of Bel-Air has also sued Epic Games for the same cause. Epic Games is finally getting some heat after a year so things might change in 2019.

Fortnite earns loads of money from microtransactions which include these dance emotes and character skins so it’s a concern for original creators.

Fantasy plays a big role in pornography (and indeed in human sexuality), so it’s only natural that people will desire seeing sexual scenarios involving the game characters they emotionally connect with. In April when Fortnite’s servers crashed, searches for Fortnite increased by as much as 60% over a 24 hour period.

Fortnite Season 7 is now available for PC, Xbox One, PS4, and mobile devices. A new update has arrived which brings Season 7 to Fortnite along with a new creative mode which allows you to build your own world in the game.