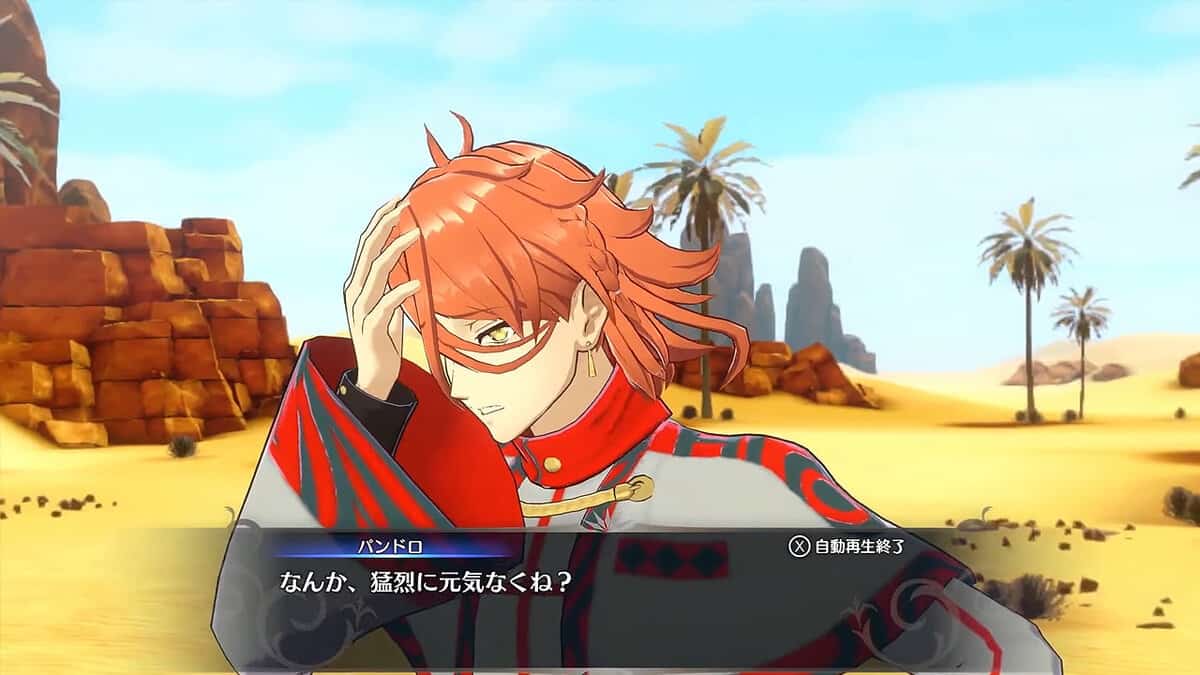 Pandreo is a member of the Sentinels based in the desert Kingdom, Solm. The Solm faction is part of the southeastern area of Elyos. The people of this area love freedom more than anything, and they stay away from the conflicts of Brodia and Elusia.

You can recruit Pandreo by moving to the Solm region in Chapter 12. He has a lot to offer in Fire Emblem Engage.

This guide is crafted to provide you with the best class, emblems, and stats of Pandreo in FE Engage.

How to recruit Pandreo in Fire Emblem Engage

Upon reaching Chapter 12: The Sentinels, a chapter battle will begin. You need to win the battle, and Pandreo will become your teammate at the start of the battle.

You will be joined by Fogado and Bunet too, making them recruitable and playable from that point of the game.

Pandreo, starting class in Fire Emblem engage, is High Priest, with the proficiency of S with Staff. He uses his self-healing ability to keep himself on the battlefield for a long time. Pandreo uses self-healing staves on himself and makes the most out of them. Additionally, this class is unlocked using a Second Seal in FE Engage.

The other class providing S proficiency is Sage. Pandreo Tome’s efficiency is on the next level in this class. The class allows him to use the Spell Harmony ability. Making the attack damage of the allies increase by the number of tomes held by the allies. To change your class you just need a Master Seal.

Both these classes boost the magic capability of Pandreo to a whole new level, making him a strong character.

Pandreo personal skill grants a bunch of benefits. Party Animal skill allows him to gain Hit and Avo equal to the number of teammates and foes within two spaces. The more people get closer to him, the more deadly Pandero becomes due to his skill.

The following gifts are Pandreo’s favorite:

You just need to pick any gift from the list and start the bond conversation with Pandreo. Offer him your gift and see him accepting your gift gladly. This will boost your relationship with the character very quickly.

The best emblem to have with Pandreo is Celica and Micaiah.

Micaiah is perfect when it comes to the defensive strength of the team. The Augment ability increases the range by five and AOE by 1, whereas Great Sacrifice allows her to restore the HP of all her teammates. These abilities are essential and complement the healing abilities of Pandreo. The combination will enable Pandreo to survive longer in combat and help his allies win against the enemies.

The initial stats of Pandreo justifies his inclusion in the High Priest class. The resistance and magic stats allow him to deal max magic damage and receive minimal damage.

The starting stats of Pandreo makes him a worthy pick in your team composition.

If you stick with Pandreo in your party, his growth rate will surprise you. These rates indicate how deadly Pandreo can become if you master him properly and give his character the time to grow in Fire Emblem Fire.