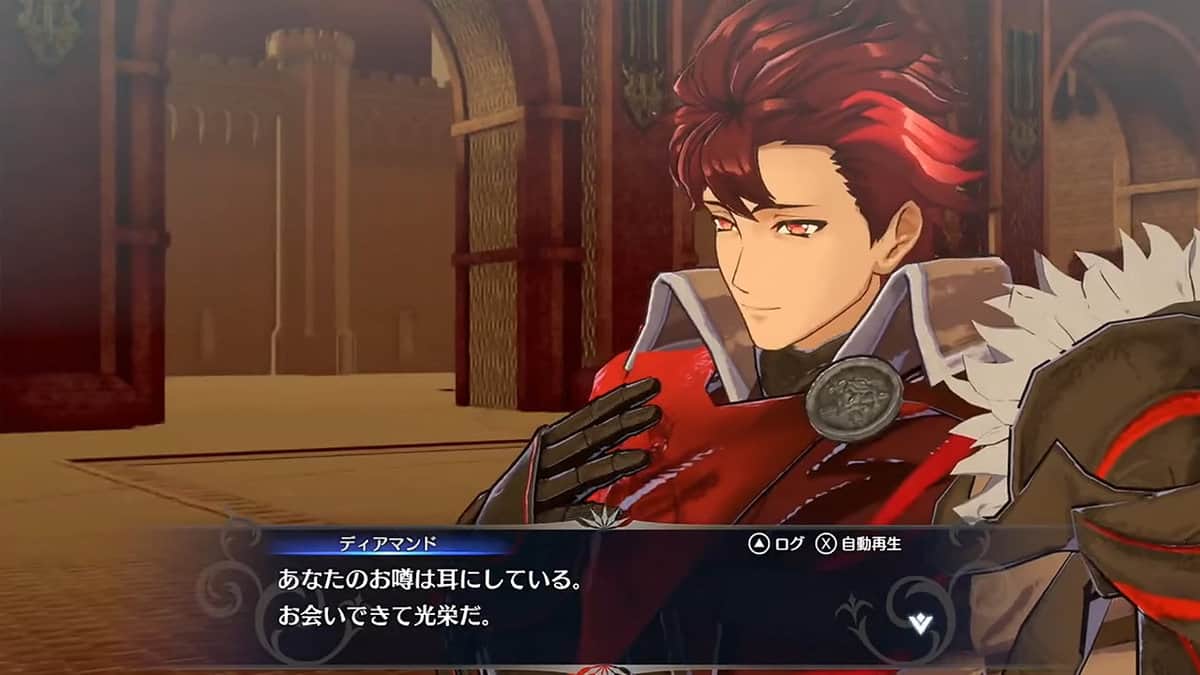 Diamant is the mighty crown prince hailing from the Kingdom of Brodia. The Brodia faction lies in the northwestern part of Elyos, and Diamant’s father, King Morion, leads the kingdom’s people.

Diamant is a strong character, having experience in several battles, and you will encounter Damian during the chapter 8 battle. His charming looks and battle strength make him an excellent character in FE Engage.

Through this guide, you will learn everything related to Damian in Fire Emblem Engage, including his best class, skills, emblems, and gifts.

How to recruit Diamant in Fire Emblem Engage

Recruitment of Diamant in your team is a straightforward process. You just need to win against Ivy in Chapter 8: The Kingdom of Might battle.

Diamant will join your team with Amber before the battle starts and lend you his strength to overcome the foes. After the victory, you can recruit and play Diamant in FE Engage.

The starting class of Diamant, Lord, resonates with the leadership quality of his family. He’s part of the ruling family, so this class gives him a B proficiency in Sword. You can unlock this class by simply buying or acquiring Second Seal from different sources.

Additionally, Successeur is the best class for Diamant, giving him an S proficiency with a sword and A with an Axe. He can split the enemies more quickly by acquiring this class using a Second Seal. In this class, Diamant gains the ability to recover his HP, which equals 50 percent of the damage dealt by him. His offence and defense will improve after moving into this class.

Diamant is a character that leads by example. His personal skill, Fair Fight, not only provides him Hit +15, but the same boost is given to the foes if they counterattack.

You will not back down from initiating the battles, as this skill and his other abilities allow him to tear down the enemies quickly and swiftly.

The prince of Brodia, Diamant, loves receiving his favourite items as gifts. The gifts are perfect when it comes to increasing your relationship with the characters in FE Engage. You need to understand the character’s personalities and then make your offerings. Diamant loves the following gifts in Fire Emblem Engage:

Pick any gift from the list and start a bond conversation with Diamant. Offer your gift to him, and he will accept it gladly. With gifts, your relationship with Diamant will increase substantially, making you two close to each other.

You can use the same tactic on every recruitable character to gain their trust.

Diamant can bring down any foes if paired with the right emblem. Roy, Ike and Lucina take Diamant battle strength to the next level.

Ike’s Wraith ability turns Diamant into a killing machine having higher survivability. He can take on the foes on the front lines and tear them apart using his Sword. This pairing works best when you change his class to Successeur.

The Hold Out+++ ability from Roy allows Diamant to stay alive even at low HP, while every HP lost provides crit due to Wraith’s ability. If you combine it with Killing Edge, then you might have the chance of getting 100 % crit. No foe will be able to survive your damage while you stand your ground due to boosted survivability.

Lastly, Lucina’s Bonded Shield and All for One fit perfectly with the Diamant build. These abilities provide defensive and offensive openings, ensuring your sword attacks deal maximum damage and your allies take minimal.

Belonging to the Lord Class, Diamant’s initial stats are not that great compared to some other characters in FE Engage. Being weak in magic makes sense, as his fighting style includes taking the first step and moving against the enemies. The HP portion shows that Diamant can improve with the game’s progress.

If you stick by Diamant, then you will get the strongest version of him. His growth rate is very high compared to others. Making him a permanent part of your team will grow Diamant, and his stats will be amazing after he reaches his highest potential.