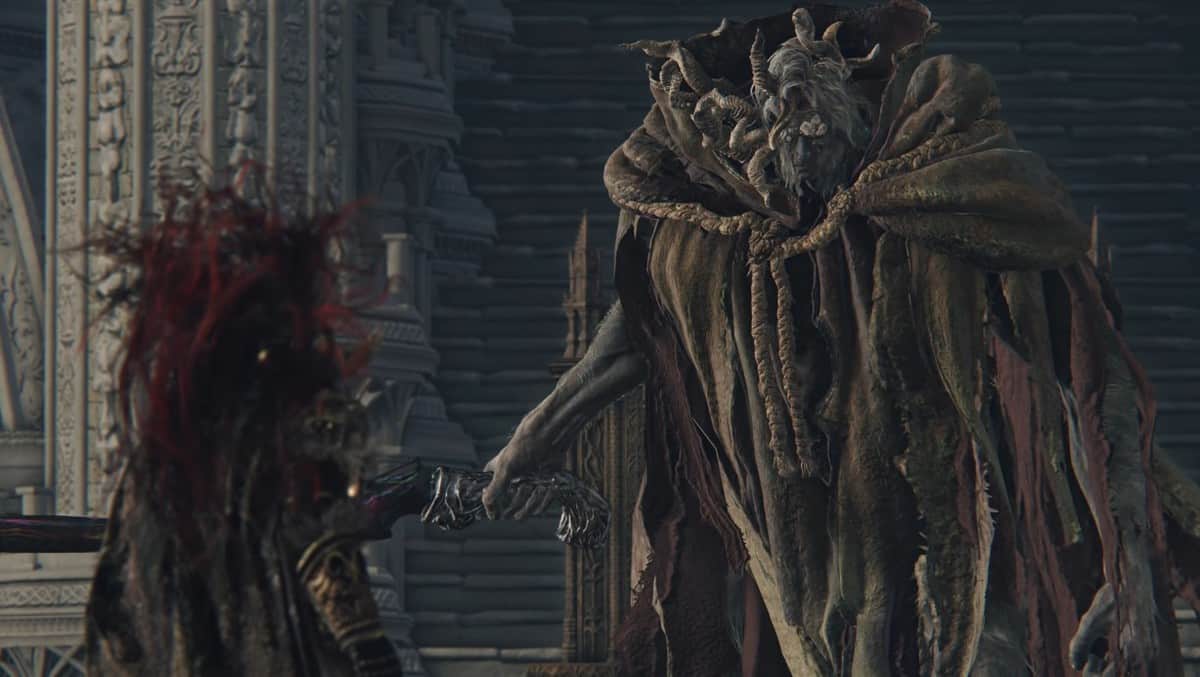 Morgott, the Omen Kin is a demigod and one of the main bosses in Elden Ring. He needs to be defeated if players want to get beyond the capital city.

The reward for defeating him will be the Shardbearer Morgott trophy but be warned, players need to be at least level 80 to engage him.

This demigod is found in Leyndell, Royal Capital. After defeating the First Elden Lord, Godfrey, players should head east towards the balcony. There they will find a branch that will take them to the second level of the room.

Following that, players should head to Queen’s Bedchamber site of grace across the Bridge. This is the closest site of grace near the boss. From there, the players can go south and will find a room where Morgott can be found.

Before you get into the boss fight with the self-proclaimed ‘last of all kings’, you must keep a couple of things in mind. First, you should be at an appropriate level to be able to stand a chance gainst Morgott as he is a demanding enemy and won’t hold back.

Secondly, you need to be aware of Morgott’s weaknesses. Knowing them will gear you up for the fight, and you can anticipate his outbreaks and the counters you will be executing against his attacks.

You’re perfectly ready for the Morgott boss fight if you are level 80 or more with weapons of +15 and up in Elden Ring. We say that because you’ll have appropriate and well-performing builds at this point of the game, and they can efficiently perform against tough bosses like Morgott.

It would help you immensely if you also kept in mind a couple of weaknesses that Morgott has before entering the fight arena. Doing so will waste less of your time, and you can get right into attacking him and draining his health quicker.

One of this Morgott’s main weaknesses is that he doesn’t have a significant health pool. It can drain out pretty quickly, so even a tiny hit will do him decent damage. The other thing he’s weak against is slashing attacks, which are caused by tons of meta weapons in Elden Ring. So we suggest having a build designed with slashing weapons to give this boss massive damage.

Morgott is also very predictable with his attacks. Once you get in the field, you’ll quickly recognize his attack and defense pattern. You’ll know what he’s about to advance or how he will dodge your attack. Planning a step ahead of him can immensely help you out in the field and ultimately lead you towards victory.

Just like the previous variant Margit, Morgott, the Omen King has some similar attacks. Knowing his attacks and encounters beforehand will make you undefeatable in the field, and you can take him down in a short period.

Holy Blade Rain and Bloody Thrust are one of the deadliest attacks advanced by this boss that you need to dodge and roll well in order to avoid massive damage.

Morgott also has this annoying attack called the Holy Spear Throw. He will bring an enormous Holy Spear in this attack and throw it at you. Even if you’re at a safe distance, it will not help as this attack has a long-range. We recommend you roll forward in the arena to prevent this attack.

The boss will also advance a Holy Spear Charge towards you. This time with a spear, there will be a charge releasing that you can avoid like before by rolling towards any side of the boss.

As the fight gets intense, the boss will bring out a Holy Hammer and use it to slam down on the players. You can easily avoid this by running to a distance or rolling towards the side. And since the attack will have a few seconds of execution, you can easily avoid this attack. He will also perform a Holy Hammer Combo, which can be avoided by rolling away as the boss dashes at you.

Morgott will also release three Holy Daggers towards you that you can successfully avoid by rolling forward. Then he will also use the Holy Blade Rain attack, which is him casting a spell and swords falling from the sky to the ground. To avoid it, look up at the sky and roll away from the place swords will land while keeping a distance from the boss.

When Morgott loses 50% of his, he will release a powerful burst attack that can be avoided by stepping away from him at a safe distance. He will also perform the Bloody Slice, where he will hold his sword and rush towards the players to slash them. You can avoid it by rolling towards the boss.

Lastly, Morgott, the Omen King, will perform the Bloody Thrust, summing up all of his attacks. Similar to Bloody Slice, he will hold his sword and charge toward you and then thrust the sword into you. Avoid it by rolling towards him.

Most of the attacks this boss possesses are parry-able, and it takes two parries to put him in a riposte state.

How to Defeat Morgott the Omen King Boss in Elden Ring

Your boss fight with Morgott the Omen King will be divided into two phases. We’ve divided both stages and discussed how you would attack him and take him down in the field.

Call Melina before the fight starts. This will be a great help since Melina is surprisingly strong. She’ll take a lot of damage before she finally dies. That is damage that players do not have to worry about. Besides this, players can also summon spirit ashes for the fight.

The fight starts when the boss converts his stick into a long lightning blade. From the start of the fight, try to maintain distance. While the boss is busy with Melina, you must take advantage of the situation and try to stab and slash from behind.

Don’t stay too close for too long and try to deal as much damage as possible before retreating.

Also, when maintaining your distance, make sure to use your Ashes of War abilities. They can prove really effective from range, such as Storm Blade.

All of this will be the first phase of the boss fight and if you’re good, you’ll have brought Morgott’s health down by 50 percent.

The second phase of the fight will start when Morgott suddenly crouches, leaving himself open to attacks.

Be warned though, he is simply readying himself to send out a huge AOE thrust that can wreck you by taking a huge chunk of your health.

This is a special move and will set the battle arena on fire, but which should not be concerning as it barely causes any damage. Yet, you need to maintain distance to avoid the AOE thrust.

By this time, your assistant Melina is likely to die, and you should have called an Ash of War as your backup.

It is now your choice to call any Ash of War, but Lone Wolf Ashes is recommended in this situation.

Now, the pattern is the same as in the first phase of the fight. Dodge and get behind the boss to stab and slash. Take him down to unlock the Shardbearer Morgott trophy.

Players will acquire 120000 Runes, Morgott’s Great Rune, and the Omen King’s Remembrance upon defeating the boss.

How to Cheese Morgott, the Omen King

If you’re not up for a two-phase fight and just want to get rid of Morgott within a few seconds, we’ve got your back! Using a Cheese strategy is one of the best ways to save time against bosses that you’re not confident to fight face to face.

To get rid of Morgott within a few minutes only requires you to use Poison Mist. It can be found in a forest southeast of the Castle Morne Rampart Site of Grace. Before entering the boss arena, use Margit’s Shackle three times at the fog door to freeze the boss.

Now approach him and use the Poison Mist against him two times and wait for the damage to happen. The boss will start shaking, and his health pool will go down. And Voila! He’ll be dead within a few seconds.

Morgott’s Great Rune is one of the rewards dropped after the boss fight. It gives special passive bonuses by significantly raising maximum HP. To use this Rune, you’ll have to activate it by taking it to the Divine Tower of East Altus in the Capital Outskirts.

What to Do with Remembrance of the Omen King?

Like most remembrances, take it to Enia and redeem it for a prize. For this Remembrance, players can get Morgott’s Cursed Sword. A sword that scales primarily in Dexterity and is excellent for dealing bleed damage. Or you can get the Regal Omen Bairn, which is perfect for massive damage and uses FP to unleash many wraiths that chase down enemies.

Morgott, the Omen King, was the child of Queen Marika and First Elden Lord Godfrey. He also had a twin brother named Mohg, Lord of Blood. He and his brother were disowned from their family because they were born with horns and tails, as such features in the lands of Elden Ring are considered an evil omen.

He had a tragic life since everything from his life was taken away from him; His family and the guidance that he would’ve received. To make matters worse, he had to remain in hiding to save himself from the omen killers that were hunting for him. But not for long as he started fighting back, and after years of fighting and cutting down enemies, he finally ruled the thorn of the capital, Leyndell.