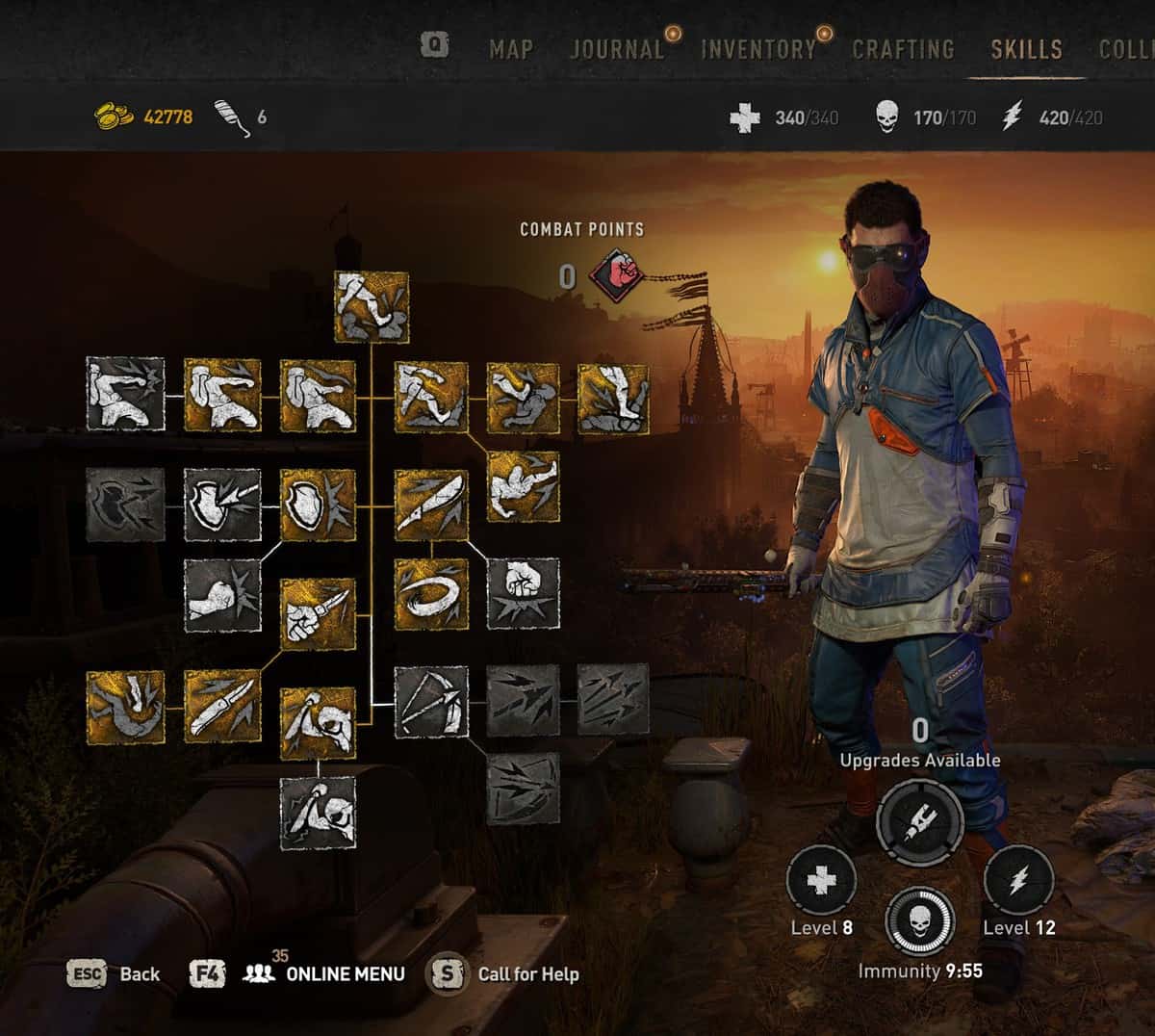 Dying Light 2 offers players the opportunity to earn XP by doing different activities and unlock skills using the XP that you earn throughout the game. The skill tree is divided into two parts; Combat and Parkour. In this guide, we will list all of the Combat Skills in Dying Light 2.

There are a total of 24 Combat Skills that you will be to unlock throughout the story campaign. These skills are unlocked with the help of Combat Points. You can earn Combat Points by killing Zombies or other enemies on the map.

Combat is one of the most important mechanics of DL2 as the whole concept revolves around it, along with Parkour.

Every skill you want to unlock will require you to unlock its initial skill. For example, the first Combat Skill that you will unlock at the start of the game will be Air Kick, followed by the next skill.

All Combat Skills in Dying Light 2

Here is the list of all 24 Combat Skills in DL2:

Unlocking all of the Combat Skills in the skill tree will require 24 Combat Points.

As it will take a lot of time and effort to unlock every Combat Skill, and more than half of the campaign will be over by then, we will suggest you focus on unlocking the following Combat Skills first.

No Best Combat Skills list is complete without it, including the famous Dying Light 1 Drop Kick. It allows you to perform a powerful kick when you jump in the air.

You can kick any enemy off a building with the help of Drop Kick.

Perfect Dodge is an important defense skill to use in combat that staggers your enemies when they come to attack you. Dodge at the right moment to stagger them.

This skill allows you to block incoming projectiles like arrows and knives. You can further improve the skill by unlocking Deflect Projectiles skill that deflects the projectile and sends it back to the attacker.

With the help of this skill, you can grab the attacking enemies and throw them to the side. This works best against volatiles that comes charging at you from far.

Perfect Parry is a must unlock that allows you to stagger your enemy after performing a perfectly timed block. This will trigger a slow-mo effect that slows downtime.

Power Attack allows you to perform a powerful charged attack that blocks enemy attacks and deals massive damage to them. However, a Power Attack cannot be blocked by the enemy.