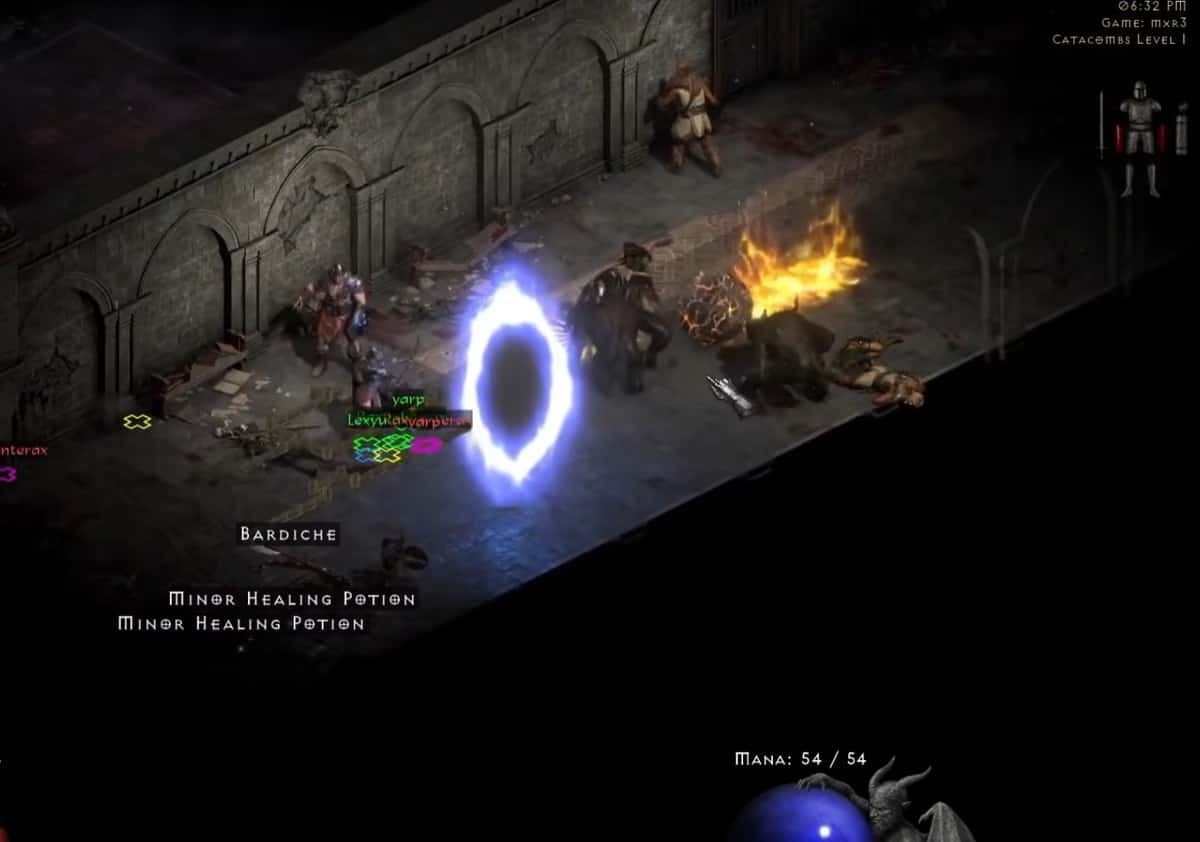 The Bow Amazon build mainly focuses on her magic abilities and proficiency with the bow to create an outstandingly versatile build. In this guide, we will be covering everything that you need to know about the Bow Amazon Build in Diablo 2 Resurrected.

The Bow Amazon build is one of the best builds you can have on the Amazon in D2 Resurrected. It utilizes and focuses on both her Freezing arrow and her explosive arrow to counter any enemy immunities that may cripple a singularly focused build.

Now let’s talk about some weaknesses and strengths of this Amazon build you need to keep in mind.

Let’s start off with Bow Amazon Build’s Strengths and see what the build specializes in.

Below is a list of Spells you’ll be maxing out for the Bow Amazon Build:

Magic Arrow +1: This is a prerequisite for the other abilities, so it is important as well.

Fire Arrow +1: You should invest 1 point it in before entering the Nightmare as then Cold Immunes became a factor. It adds 12% extra fire damage to the Exploding Arrow per level.

Cold Arrow +20:  It is a single target attack that cold or chills the mobs when hit by that. It slow and damage them. This gives a chance to shatter on death as well. It not only takes out bosses but also has synergy with freezing arrow and ice arrow. The damage adds by its to Ice Arrow and Freezing Arrow is 8% and 12% respectively.

Multiple Shot +1: For this, no additional points are needed. Just one point is enough. You will get complete benefit of it by stacking + Class Skill, Items, and Charms

Exploding Arrow +20: This will explode on impact and the fire ability is added to both explosion and arrow. If you Pierce, then this arrow can be used for a second explosion as well. It has a +12% extra fire damage for Fire Arrow, so synergizes with that pretty well.

Guided Arrow +18: This will find and hit the closest mob target. It is also good for dealing with Immune mobs as it adds physical damage to the attacks as well.

Ice Arrow +18: This is a single target ability that freezes mobs on impact. The reason the Cold arrow is preferred is as the freezing arrow has to synergies with Ice arrow. The cold arrow also gives 12% extra Cold damage, so it is preferred.

Freezing Arrow +20:  Freezing arrows will provide you with Cold damage that is used for freezing any nearby mob. It is useful for clearing out a lot of enemies. It gives you a 5% extra freeze length with ice Arrow and gets the 12% extra damage for the Cold Arrow as well.

This is the recommended list of gear that you’ll be focusing on for the Bow Amazon Build:

The best weapon choice with this build is the Ice Matriarchal Bow with +3 to Faith or Freezing Arrow. For Shield, the best available option is Call to Arms or Lidless Wall. These are better options if you don’t have 156 strength for the spirit.

For helmets you have two options here you can either go with the Nightwing’s Veil socketed with a 5/5 Cold Rainbow Facet or the second one is Harlequin Crest and get a +2 increase in all skills. You should go with the first one which is Nightwing’s Veil.

Vampire Gaze is the Armor you should go with as it will provide you with 100% enhanced damage and adds about 6-22 Cold Damage. The other one you can try is Chain of honor. This will also provide you with some good options.

One of the best amulets in Diablo 2 has to be Mara’s Kaleidoscope. Choose it to receive an additional +2 increase to all Skills, +20-30 to all Resistance, and +5 to all Attributes.

There are two options to go for. Either you can pick Reven Frost or your standard Stone of Jordan. The choice is yours as both parties provide their best respective properties.

There’re a variety of options to choose from when it comes to these items.

For belts, you should go with the Razortal as this is the best available option for the available spot. The best option for boots in that build is Sandstorm Treks.