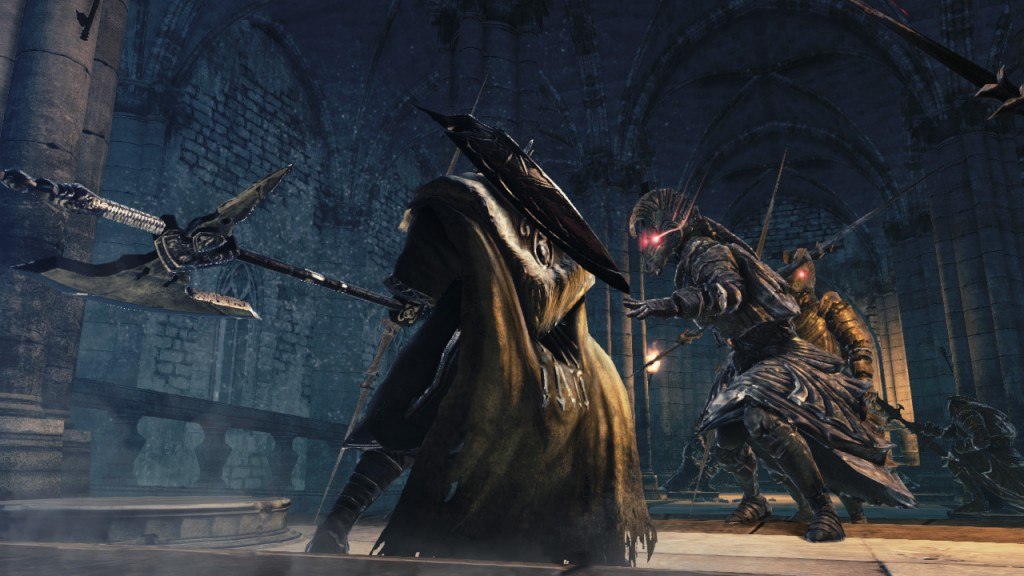 Those of you who had played Dark Souls will remember Humanity: an item which could only be used at Bonfires to reserve the process of Hollowing.

Human Effigies in Dark Souls 2 are exactly like Humanity from Dark Souls I except the fact that Effigies can be used anywhere. Furthermore, Human Effigies also remove any restriction in increasing the Max. HP which is often caused by dying too many times while being ‘Hollowed’.

And lastly, Human Effigies can also be thrown in the Bonfires to disable all sort of multiplayer interactions for an hour.

Below, you will find some known locations of Human Effigies:

Shrine of Amara
In the Shrine of Amara, there is an altar and praying on it regains your humanity instantly. Near the last Bonfire (directly above it), there will be a shrine with a praying Milfinito.

Before heading there, you must rescue the two wandering maids: one will be outside Demon of Song room and the other will be behind the Embedded Door in the Drangleic Castle. You can pray on this shrine infinite number of times without spending a single soul.

And lastly, you must not have a very high sin level, any effigy in your Inventory Box, and you must be in hollowed state.

If you have any other Human Effigy farming method, share with us in the comments below!