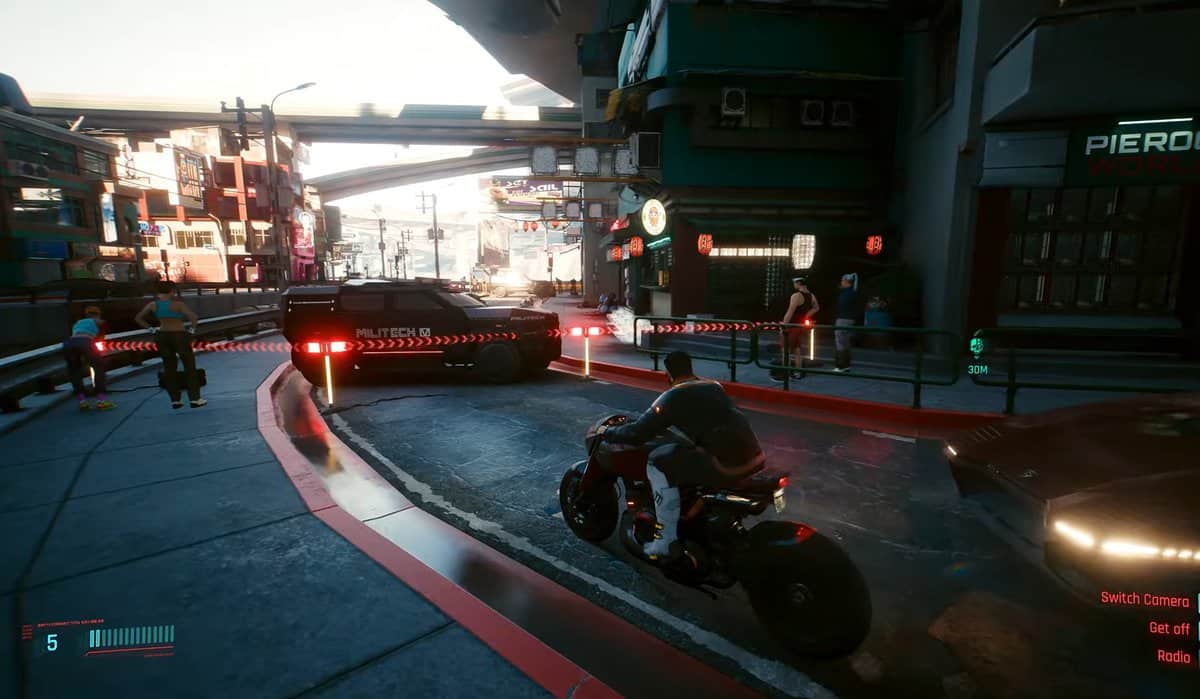 Today, almost every game has a community dedicated to making the experience better by modding the game and making either quality-of-life changes to the game or just adding a CJ skin for no reason other than fun.  With the release of REDMod from CD Projekt RED, modding has been opened up for Cyberpunk 2077 as well.

Other than these useful mods, you also get a plethora of mods just for fun, like replacing V with Jin from Tekken, changing V’s body shape, and even adding new scenes for Panam and Judy’s romance. I’m sure there is or will be a mod to replace V with CJ. There always is.

What does REDMod do in Cyberpunk 2077

Before we get into mods, we need to know how they work. We won’t be looking at how to make mods, only need to know how to use them. Cyberpunk 2077 does not support mods on its own. For using mods, you need to download the CD Projekt RED modding tool, REDMod.

REDMod was released as a DLC for Cyberpunk 2077 in update 1.06. The tool is to help you install and patch mods to your game any time you want.

To use it, you first want to download and install REDMod. It is available from Steam, Epic Games, and GoG. We recommend getting it from the same platform from where you bought the game. After you have REDMod installed, make sure that it is activated as a DLC from your library.

Once you have REDMod ready, go to Cyberpunk 2077 files on your computer and make a new folder named “mods” if it’s not there already. Make sure you copy the same name, not MOD, not Mod, not a mod, not Mod just “mods”. After this, open r6 < cache. If you don’t see the “modded” folder here, make one.

Now, you have downloaded and unpacked your mod from nexus. What you want to do is open the mod and you will see “mods” and “r6” files in the mod. Drop these files in the “mods’ and “r6” folders in your Cyberpunk 2077 directory. Simple. If you want to ensure that the mods are dropped correctly, open the mod files and look for the “info.json” file, which is only present for REDMod files.

If you downloaded the mod and don’t see the file structure you have been told above, just move the file to your “mods” file in Cyberpunk 2077 directory and you are good to go.

Once all the files have been set in place, just launch the game, and in the window that opens up, you can see the settings button next to the Play button. Click on it and enable mods before you start the game.

Now that we know how to install and add mods to your game, let us look at some of the best mods currently available for Cyberpunk 2077.

Every Cyberpunk 2077 player knows the bugs that haunted Cyberpunk 2077 at launch. Of course, CD Projekt RED has patched a lot of these and made the game much smooth over the years, but there are still some minor inconveniences here and there.

Cyber Engine Tweak helps fix these minor issues, and also allows players better control over their game. Setting changes and unlocking the debug menu are some of the best features of this mod. The mod also acts as a gateway to LUA script allowing you to alter the game.

Cyber Engine Tweak is the most basic mod for Cyberpunk 2077.

We all want games that are not only fun and immersive but also beautiful to look at. Other than Minecraft, one of the biggest selling points that all developers and publishers advertise is how graphically advance their game is.

Cyberpunk 2077 does look good, but you can make it better. The texture Override Mod improves all the textures in Cyberpunk 2077, including the entire world, clothes, cars, and weapons. Everything that matters, gets a texture improvement.

Night City is a beautiful place to live in, but the towering skyscrapers can cast a shadow on the population living below. It can become dull at times.

Cyberpunk Autonomous Reshade-True HDR mod allows you to reshade Night City and makes it much more vibrant. The lighting effect is improved and paired with Texture Override, you can get the best look for the game.

Even though police AI got an overhaul for Cyberpunk 207, much is still left to be desired still. The Enhanced Police mod makes cops in-game react to your criminal activities much better. The cops will arrive at the crime scene after a small delay, search the area better and even chase you in a much more realistic fashion.

Maneuvering vehicles in Cyberpunk 2077 can be hard in the small packed and crowded streets of Night City. Quick turns and just overall control of vehicles need to be perfect, which it isn’t, so we have the Better Vehicle handling mod.

Steering for all vehicles is enhanced and you can drive around with much more precision. You will be crashing much less after installing this mod, especially if you are playing on Mouse and Keyboard, where driving is much harder.

Minimap is undoubtedly the most important tool at your disposal, however, it can be a huge nuisance if it isn’t implemented correctly. It needs to be a perfect size, and transparent enough to not hinder your vision.

Fortunately, the Better Minimap mod allows you to customize your minimap any way you want. You can change the size, and transparency, remove the minimap border and even change it to a compass only. Furthermore, the minimap becomes much more accurate and reliable with this mod.

Let There Be Flight

Every time you think of the future, you see cars flying all around the city. Even though flying cars are present in Cyberpunk 2077, as you see in Corpo start, you don’t have access to any such vehicle in your playthrough.

If you want the true futuristic feel and want to fly like a king, rather than driving Let There be Flight mod got you covered. With this mod, most of the vehicles in Cyberpunk 2077 will get upgrades allowing you to fly the car where ever you want. Not just like a car driving on air, you get boosters and jets on your cars, making it all much more immersive.

We all live our entire lives in first person, but first-person games are nothing like real life. You look down and there is nothing but feet, making it clear that you are just a camera on ghostly feet.

The Immersive First Person mod for Cyberpunk 20077 rectifies this issue. The mod works towards adding an actual body that you see every time you look down, and the presence of your body is enhanced overall. The free look system is also improved, allowing realistic animations when you look around.

Cyberpunk 2077 stores do not allow you to preview items before you buy them, specifically clothes. The only way of getting some idea of what V is wearing is by looking into a mirror in your apartment, and even that only gives you a hazy idea of V’s outfit.

For this, we have the TTP MOD WIP THIRD PERSON, which does exactly what it says. It allows you to play the entire game in Third-Person View.

We know Cyberpunk 2077 is in FPV by default and you can’t see your face regularly, but that doesn’t mean that you have to stick to V’s default face.

Arasaka Appearance Updater Mod allows you to change your face, hair, and eyes to personalize V to your heart’s content. Although the customization options are limited currently, it’s still better than having the default basic V that everyone gets in Cyberpunk 207.