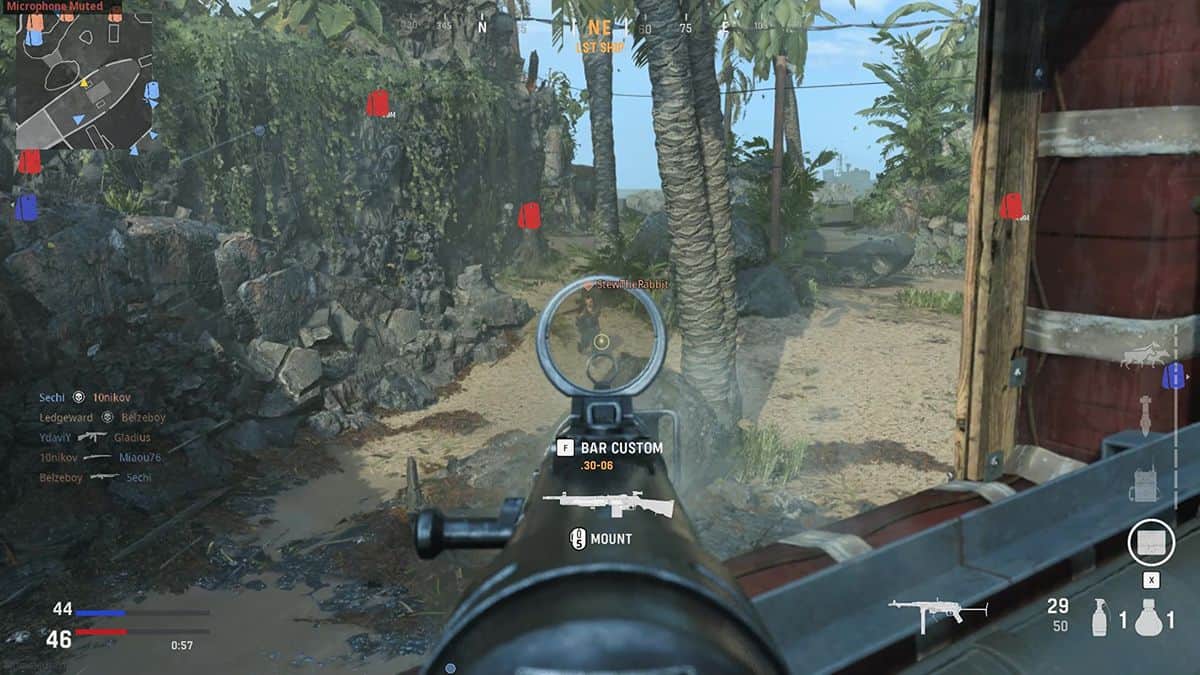 Call of Duty Vanguard hit the shelves recently, and with new maps and a few different mechanics in place, you’re going to want to make use of these CoD Vanguard Multiplayer Tips to stay ahead of the game.

Most of the new players worry about getting destroyed by experienced players but this isn’t something you need to worry about since Call of Duty Vanguard is focused on skill-based matchmaking.

So stay assured that only players of equal skill face off against each other in CoD. Having a good aim is not everything you need to succeed in FPS games. Here are a few important CoD Vanguard Multiplayer Tips to keep in mind.

Call of Duty Vanguard has introduced new modes like Patrol and Champion Hill along with bringing back recurring favorite multiplayer modes.

The basic objective of Patrol mode in Vanguard is to keep moving. If you fail to do so then it will leave you exposed and vulnerable to enemy attacks.

On the other hand, we have Champion Hill, it is essentially gunfight in a tournament-styled format. You’ll be competing against 7 other teams. These teams will consist of 2 or 3 people depending on your mode.

Moreover, you will be sharing 12 lives with your teammate. Before the mode, you’ll be selecting weapons according to your budget. If you have more lives than the opponents or if the opponent’s life depletes faster than yours, then you’ll win.

Another mode is Blitz 24/7 which will give you any of the game modes but on slightly bigger maps. This is a chaotic game mode and slightly difficult.

Utilize the New and Old Perks

There are certain Best Perks in CoD Vanguard that are very helpful for multiplayer modes.

Fortified will reduce damage from explosives by 15%. Damage reduction will also be doubled while mounted, crouched, or when you’re prone to attacks.

Another important perk is Ghost, which makes you undetectable by Spy Planes.

Piercing Vision highlights targets by rendering them visible through walls and obscuring effects.

Once you reach the main choke points on any map in Vanguard, you’ll have to be tactful about each of your moves. Be very careful about where you take cover to avoid getting attacked.

You can also pick off enemies as they run past you. The best idea would be to plan your route of attack by studying the minimap first. Analyze where your team is before running into a battle.

Stay Up to Date With the Meta

The meta in CoD progresses quickly. In case you aren’t vigilant enough, you’ll end up with weak and ineffective weapons. You might end up with weak load-out options, this will make it difficult for you to cope with the other players.

At first, the multiplayer maps in Call of Duty Vanguard will appear really confusing. But as time passes, you’ll know exactly where you need to be.

You should analyze where the runways and doors of a certain map are located and then utilize pre-aiming.

It will take you a while to learn the locations of each of the areas, but this information will be vital especially at the start of the game.

As you get a hold of the multiplayer mode you will realize that specialists have listed their favorite weapons that work best for specific modes.

Moreover, once you get a clear vision of the maps you’ll find out how different walls and doors can be broken using different equipment.

There are also going to be many open areas such as windows and doors through which you can aim at enemies. We don’t encourage camping as much as the next guy, but hey, might as well for a few extra kills.

Your teammate’s death will be marked on the screen as a white skull unless you’re using certain Vanguard perks.

Knowing where your squad died makes it easier to track where an enemy is most likely to travel. You can use all of this information to be cautious when turning corners around certain areas and be prepared for your enemy.

Build Loadouts For Each Map

Trust us when we say this, you’re going to get a lot more out of the game if you build different loadouts for each map.

Each map in Call of Duty Vanguard has a different layout and based on that, long-range weapons while good for one specific map, might not give you that much of an advantage over another map.

There are three mechanics in Vanguard: suppression fire, mounting, and blind firing. Suppression fire along with destructible environments allows players to slow down enemies by hitting them with bullets.

In case you’re using an LMG, this encourages you to fire constantly towards a group of enemies. In case any of the enemies escape and take damage, their slowed movement will make it convenient for the other teammates to score an easy kill.

Blind firing and mounting is a good combo to use when you’re near a flat wall. Mounting helps you slow down in combat, it increases your accuracy while consequently making you an easier target. In CoD Vanguard, you avoid gunfire and produce a better shot.

If you’re picking a different game mode like Kill Confirmed, or Domination in CoD Vanguard then you need to help your team in finishing off the objective. You’ll earn more experience points by winning the games. So collect as many of dog tags as you can.