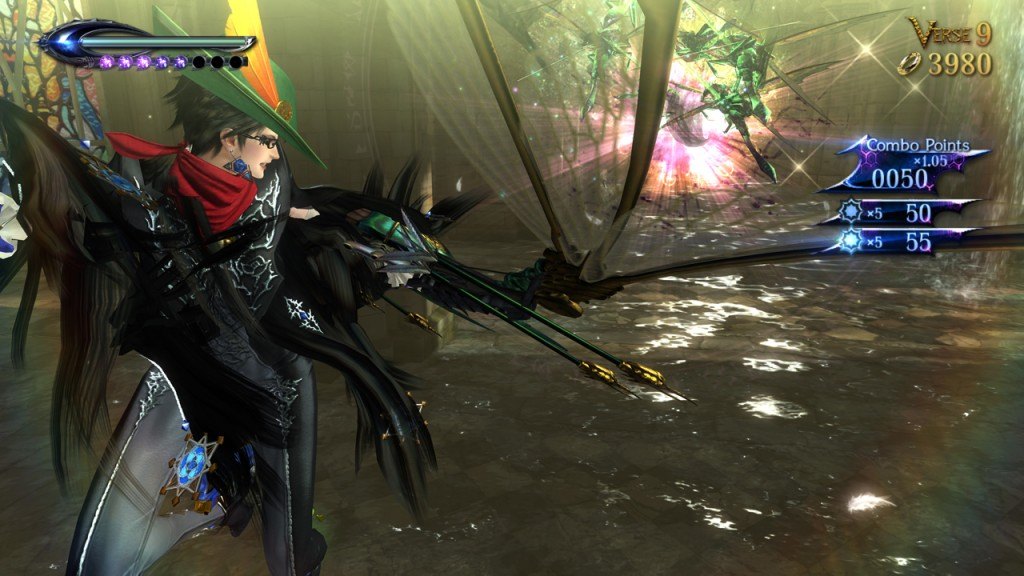 The arsenal at your character’s disposal is not confined to a handful of weapons. There are a couple of Secret Weapons that you can acquire in the game. These weapons range from lethal Handguns to carefully crafted Magical Swords!

How to Unlock Bayonetta 2 Secret Weapons

In this guide, I’m going to talk about these Secret Weapons and how to unlock them. If you have anything else to add, feel free to let us know in the comments below!

Handguns
How to Unlock: Beat the game on any difficulty setting

Handguns can be considered as Love is Blue, but with certain modifications to handle the magical power within. Certainly, you’ll have to sacrifice some of the Attack Power at your disposal, but you’re guaranteed to gain a boost in your mobility when it comes to combo finishers.

Scarborough Fair
How to Unlock: Buy Super Mirror from The Gates of Hell

Those of you who have played the original Bayonetta will remember these babies well. These are also pretty similar to Love is Blue, but with certain modifications and power.

Shuraba
How to Unlock: Buy Super Mirror from The Gates of Hell

Once again, this Secret Weapon is taken from the original Bayonetta iteration. The best thing about this weapon is that it has its own unique attacks. In addition to this, it also has an increased damage output than Rakshaha.

Note: Jeanne’s version of Shuraba is called Angel Slayer and is unlocked by buying Super Mirror for Jeanne.

Chain Chomp
How to Unlock: Complete the game on third climax difficulty setting to acquire Angelic Hymns Gold LP Super Mario 64. You need to get this to The Gates of Hell to receive Chain Chomp.

Super Mario franchise fans are in for a treat! This is attached to the legs of your character giving additional Attack Power to your character’s leg-attacks. Not only this, but it also has explosive combo finisher and knocks out enemy with each hit.

Rodin
How to Unlock: Beat Rodin to acquire this

This weapon is able to morphs into Angel Arms or Demon Arms depending upon the button combination. In addition to this, you’ll also have a chance to knock out enemies.

Umbran Armour
How to Unlock: Complete Chapter XIV: The Witch Hunts in Story mode on any difficulty to buy Earrings of Ruin from The Gates of Hell and equip it to get Umbran Armour during Umbran Climax.

Like I’ve mentioned above, this is activated during Umbran Climax so its duration is pretty short. However, you’ll gain huge benefits from its insanely high strength. You’ll have increased Attack-Power, but will be a large target for enemies.

Do keep this in mind before making your decision!