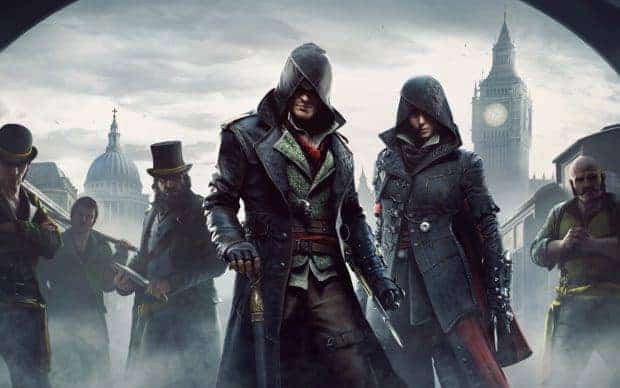 Note: All clues should be investigated with Eagle Vision. Be warned: this guide is full of SPOILERS. Read at your own risk.

Locked In To Die!

The rewards for solving this murder mystery are:

Whitechapel
You’ll find Artie and Henry Raymond in north Whitechapel at The Strand. They’ll be in a backyard. This investigation focuses on a perplexing locked-room murder.

You’ll need to first head to Bryon Cashan’s body, which is located in his room. There are 10 Clues that you need to find here before talking to suspects.

After observing all these clues, take to the 1 Suspect.

Once you’ve talked to Mrs. Henman, head over to Bloomfield’s Room, adjacent to Cashan’s apartment. There are 6 Clues here.

Once you’ve talked to these two, speak to Mrs. Henman again to make her admit that she was having an affair with Cashan.

Now, it’s time to head to Golden’s Room on the second floor. There are 7 Clues here.

After this, talk to the Suspect.

Once you’re done with David Golden, head to the Basement. There are 3 Clues here.

With the Basement covered, it’s time to go to Henman’s Room. There are 4 Clues here.

With all these clues gathered in Henman’s Room, it’s time to talk to Mr. Henman. Ask him about Cashan, Clothes, and the Screwdriver. He’ll give you a lot of useful information that will allow you to find the murderer.

With the necessary evidence and information, it is time to Accuse the murderer. Head back to Golden’s Room and accuse David Golden of murdering Cashan, who had destroyed his career with his music reviews.

You’ll get a good briefing of what exactly happened, and why.