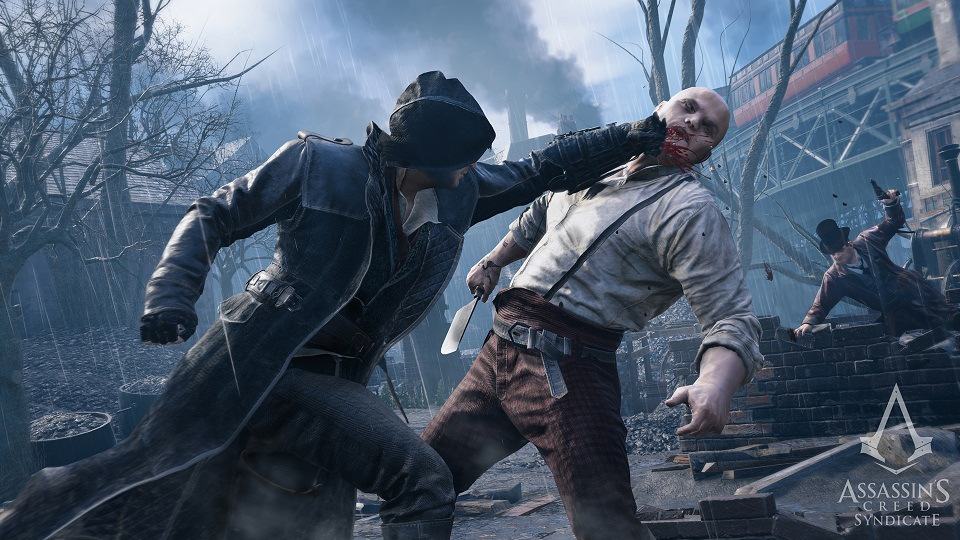 The Fiend of Fleet Street

The rewards for successfully solving this Dreadful Crime are:

Whitechapel
Head to The White Hare and meet Artie and Henry Raymond outside the shop. You’ll have to solve the case of the missing Detective Murphy. You’re going to start off by talking to a Suspect in Fleet Street.

Asking about the Missing People results in new Investigation Zones. You now have access to the Flower Shop, Bakery, and Leather Shop.

Head to the Flower Shop first. This area has 3 Clues.

Making these observations will allow you to speak properly to 2 Suspects.

After this, head to the Bakery to find 2 Clues.

After this, talk to the Suspect. This is Mrs. Moffat. Talk to her about Murphy, Missing People, and the Meat.

From here, head to the Butcher, west of Mrs. Moffat’s bakery. There is a single Suspect here, Tines. Talk to John Tines about Murphy, Meat, and George.

Once you’re done talking to Tines, head to the Leather Shop. Here, you have 2 Clues to find.

Once you’re done investigating these clues, talk to the Suspect, the leatherworker Tobias Jeffers. Talk to him about Murphy, Missing People, and George.

Before taking the trail, talk to the barber, Feeney Sodd (clever Sweeney Todd reference). Talk to him about Murphy, Missing People, the Blood, and George.

Once you reach George’s House, you’ll have 3 Clues to investigate.

The final clue is pretty much the decider. You now have a character to Accuse.

Head to the Leather Shop and speak to Tobias Jeffers. Accuse him of the murders to complete this mystery. You’ll discover a pretty sick and morbid tale.