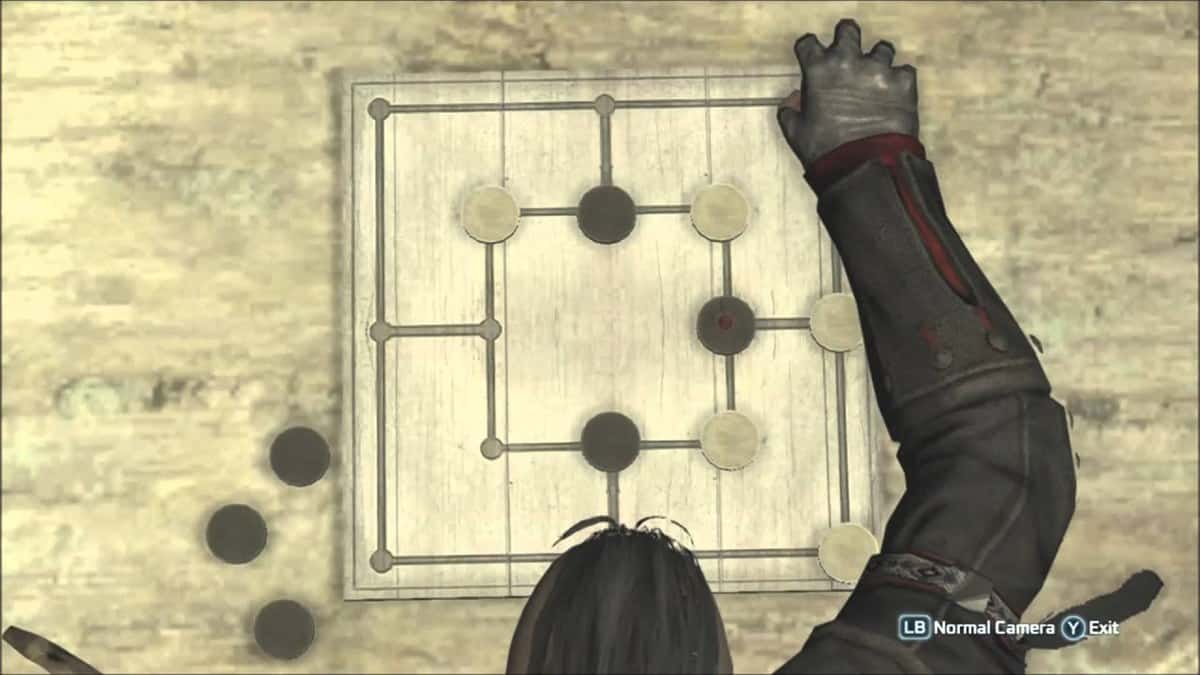 It’s never too bad to take a break from the killing business and just enjoy yourself with a couple of recreational activities such as the Assassin’s Creed 3 mini games.

Assassin’s Creed 3 gives you that opportunity in the form of some of these games that can be played in Homestead and in your ship. You’ll need to complete majority of Homestead Missions before you can partake in side activities.

However, these AC3 mini-games may not be as stress relieving as they may initially seem. The AI is extremely smart in AC3 in this regard, and as you progress to harder difficulties in each game, you’ll tend to get frustrated quite easily.

But hey, we completionists love a challenge, don’t we? Thus, to get you started, here’s a startup guide for each of the mini-game in AC3.

We’ll start with the easiest of the three games, which is Bowls. For more help on Assassin’s Creed 3, read our Almanac Pages, Outfits Unlock and Lockpicking Guide.

This is by far the simplest mini game you can play. Bowls is an Italian game that involves projectile skills. The Game becomes available after the 4th Homestead mission Godfrey and Terry.

How to Play
Basically, a red glowing ball is thrown by a player. This is the center of focus of the entire game. Once this ball has landed, it is up to the two players to land other balls as close as possible to that red glowing ball.

The player with the balls closest to the red ball gets points, depending on how many balls are close by.

Player B will then get a turn to throw a ball and land it closer to the red ball than the one that player A threw. If he does so, he gets a point, and it is now Player A’s turn again.

If he manages to land it closer, Player B will get a turn, and the process will repeat. By the end of a round, the player with the most number of closest balls will get points equal to the number of balls close to the red one. A new round will start, and the same procedure will repeat, except that the points will be retained. The game ends when one of the players gets 5 points in total.

Tips
The Bowls Field in Aquila does not count for the achievement/trophy. You’ll need to use the Bowls Field by the Inn. This game is really easy, and is accompanied by questionable skills of the AI. It’s wisest to go second, so you have a clear idea of where you want to throw the ball after the computer has thrown it.

Another thing to remember is to consider the bounces the ball will take after it has been thrown. Thus, it’s best to place the projectile reticule a pace or two behind the desired position.

Remember, the more close balls you have to the red ball, the more points you get, and the quicker and easier it is to win.

The bigger the blue space the wilder the throw is. The smaller it gets you can pinpoint your shot. So time your shot for when the blue circle radius is small.

Morris is a board game the originated in the Roman Empire. Its bears a rough resemblance to tic-tac-toe, except that it is more expansive and requires some degree of thinking.

How to Play
Basically, the two opponents begin with nine stone pieces to be placed on the board. Each player gets a change to insert one piece per turn on the marked regions.

The objective of the game is to align the pieces on the marked regions of the square board, which will allow you to take out any one of the opponent’s pieces on the board.

Once all active pieces are on the board, you no longer will have pieces to add to the board. Instead, your turn will require you to move the present pieces on the board to align them.

You need to have aligned three pieces in a row to remove one of the opponent’s pieces. A player loses a game if all his pieces have been removed.

Tips
You want to start off the game by going first. Place two piece on the diagonal corners of the square for the first two turns. The AI is fairly intelligent here, and will try to block off your pieces by adding its own.

Apart from that, the only tip one can really give is to think and play strategically. This isn’t a very difficult game, even at higher levels, and it doesn’t take much practice to finish off your opponent.

Towards the end when only three pieces are left, the opponent (or you, if you didn’t play well) will have the liberty to move them anywhere he wants, which can be quite dangerous. Make sure to get yours aligned quickly or have a big difference in the quantity of your and your opponent’s pieces.

Fanorona is by far the most difficult mini game in AC3, and takes a lot of practice to master. The game itself becomes available in DNA sequence 5 and can be played from the Homestead Manor. The beginner stages are itself a little difficult, but the later ones are extremely tough and highly unforgiving. The game originated in Madagascar, and involves a 9×5 checker-like board.

How to Play
The game itself sort of resembles old checkers. Basically, you must move a piece to take out a set of pieces in the direction you move your piece. Your pieces can be moved diagonally, horizontally, or vertically, provided that there is a move to be made.

The board has 22 pieces each. The white moves first in the lined and can either move towards or away from the enemy pieces.

Moving in diagonal will take out all the pieces that are diagonally aligned to the place where you just moved the piece. However, the piece you moved must be exactly next to the set of piece which it will take out.

If a piece is already placed right next to the set of pieces that you wish to take out, you can move it in the other direction (provided no other piece is occupying that region), which will also take out those pieces.

Capturing moves are MUST. If you cannot move your pieces, make sure that non of the pieces have capturing moves. If not so, you can move any piece to a neighboring empty box.

You can chain you attacks on a single turn as well. This means that you have the ability to move a single piece move than once on a single turn, provided that each move is taking out at least one opponent piece.

A player loses if all of his pieces have been eliminated.

The rules of the game can be a little confusing on paper, and it’s thus best to experience it first-hand. Don’t worry if you lose once or twice in the start – you’ll get the hang of it after a bit of practice.

Tips
You should always go second in Fanorona to get a vague idea of what your opponent is doing in the start. Conversely, you could also attack if you see an opening after the first initial move(s) of the opponent.

Even though capturing a lot of pieces in one turn is tempting, it creates open spaces that the other player can use to counter attack. So consider capturing fewer pieces if it will put your piece in a safe place, such as a place that blocks potential moves.

Towards the end of the game, try to get as many pieces to the center of the board for tactical advantage.

Sometimes the above may not necessarily apply. Try to predict what your opponent is doing. If there is a threatening piece which has the potential of doing some heavy damage, prioritize taking it out, even if it means the inability to chain moves on some other piece.

The game gets supremely difficult towards the closing stages, when only 3-4 opponent pieces remain. In this case, try to pin the opponent pieces into a corner, so that you can take out a large set of pieces with one move.

Making casual and reckless moves towards the end can result in a complete turn around if you aren’t careful. The AI opponent will really try to stretch the game as much as possible, getting extremely defensive and irritatingly witty.

Be patient at this fragile stage of the game and just try to corner the opponent pieces to take them out in one or two moves.

Sacrifices are required to win. If you have more pieces then the enemy, you need to set bait in order to get the enemy to attact you and then take out their pieces. However, play safe and don’t lose every piece you have just to kill one.

Try to get the upper hand in the early game, as it can get very hard once you lose multiple pieces. Also, the computer changes tactics midgame.