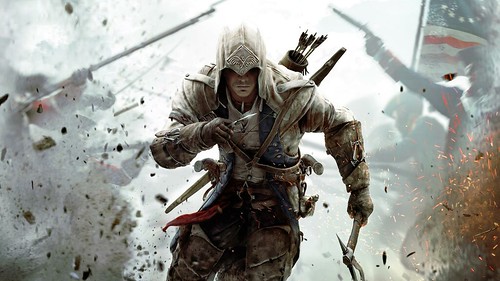 Only annoying aspect of Lock Picking is that it can be a bit frustrating at times when you are not able to hold the buttons in position! For more help on Assassin’s Creed 3, read our Outfits, Mementos and Treasure Chests Locations Guide.

Following are the steps you need to perform to open up locked doors and chests:

Step #1
Gently rotate the left analog stick until your controller starts to vibrate. Once it does, hold your left stick in that position.

Step #2
Do the exact same with your right analog stick. Hold it where the controller starts to vibrate.

Step #3
Now repeatedly press the RT/R1 button to break the lock and open the door/chest.

There you have it. This is a new small little mechanism in the gameplay but it sure adds another layer of depth to it.