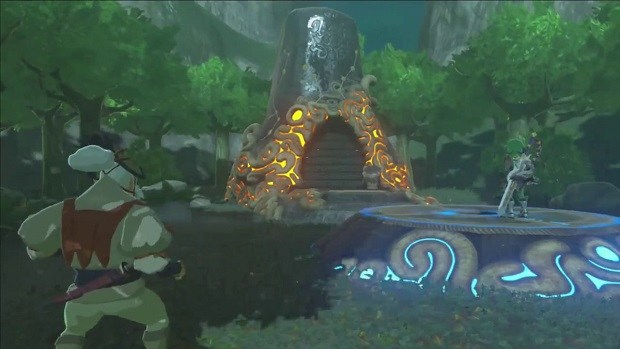 This Legend of Zelda: Breath of the Lakna Rokee Shrine guide will help players track down the quest, complete it and open up the shrine for the rewards inside.

The Lakna Rokee Shrine in Breath of the Wild is quite different from most of the shrines in the game since there really isn’t any puzzle to solve. Instead, players have to take part in a quest and then defeat a boss to open up the shrine and loot what is inside it.

For more help on Zelda: Breath of the Wild, check out our Crafting Materials Locations Guide, Best Cooking Recipes Guide, and Weapons Guide.

Players will need to have completed have reached the Kakariko Village before they can attempt the quest chain which eventually leads to The Stolen Heirloom quest and ultimately the Lakna Rokee Shrine.

After completing the chain and reaching Impa’s house for The Stolen Heirloom quest, players will find the family distraught as someone has stolen their heirloom.

Once players have the quest, they can talk to the guards outside the house and then wait by the fire until 10pm.

When you get up, you’ll have to wait a few seconds more, but before too long, Dorian will leave his post and start walking up the hill.

A short while after 10pm, one of the guards named Dorian leaves his post to search for the thief and players need to follow him while remaining undetected.

Any item that improves stealth can be quite useful here as players follow Dorian past the Ta’loh Naeg shrine.

Dorian will turn right at the fork past the shrine and then cross the bridge. Players need to follow him which will eventually trigger a cutscene that reveals the thief to be a Yiga Blademaster.

Players need to defeat the Blademaster in order to proceed with the quest. However, defeating it is not an easy job as a single hit can drain about 5 hearts from Link’s health bar.

Elemental arrows are highly useful against the Yiga Blademaster so players can either stay at range and use fire arrows and bombs or freeze the boss with Frost arrows and then move in for strong melee attacks.

Once the thief is dead, players can talk to Dorian to proceed towards the shrine.

Upon dying, the Blademaster will drop the heirloom which can be used to open up the entrance of the shrine.

All players have to do is place the heirloom on the nearby shrine pedestal which ends up opening up the shrine entrance.

Players can simply walk in, loot the chest for a sword and the spirit orb.