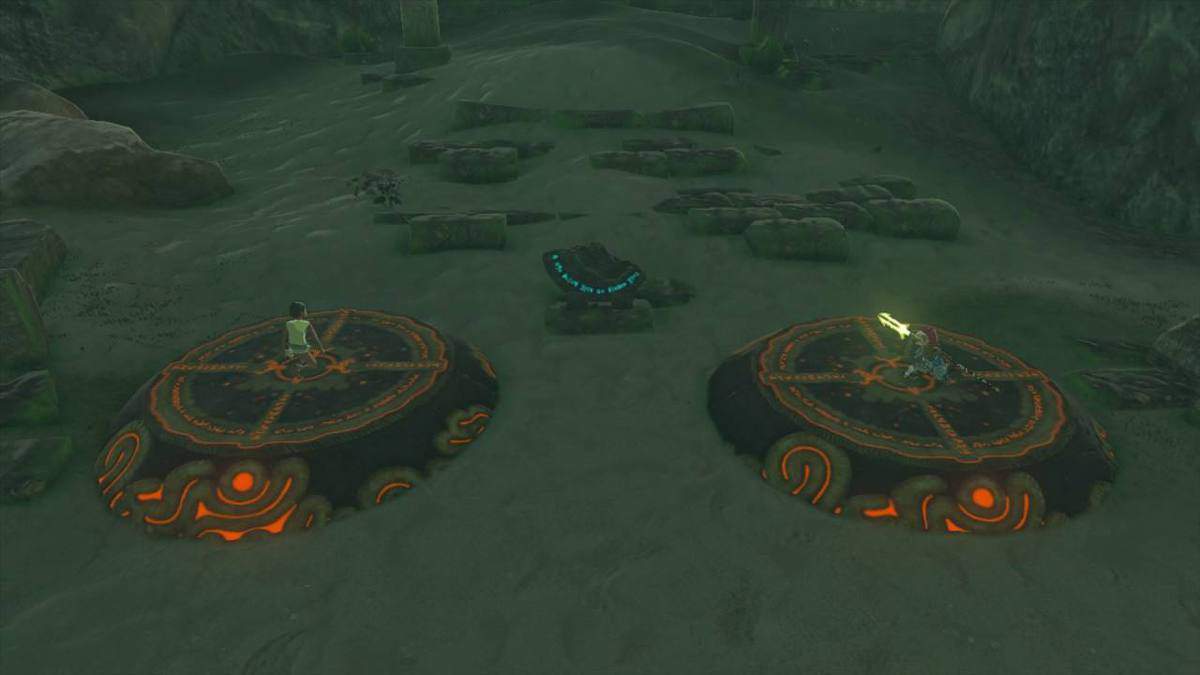 Zelda: Breath of the Wild Kah Yah Shrine guide will help players in finding the quest, collecting the lost fragments and solving the puzzle inside the shrine to collect the spirit orb.

For more help on Zelda: Breath of the Wild, read our Jitan Sa’mi and Kam Urog Shrine Tips.

To start the quest, players need to reach Palmorae Ruins which as mentioned earlier are east of Lurelin Village, in the southeast portion of Faron Tower region.

Players can also talk to a boy named Zuta in Lureline village who will take them to the area where the shrine quest begins.

Among the ruins, players will meet Garini, a man looking for three fragments scattered around the area. The best time to find the fragments is at night so players should light up a fire and wait till evening.

First Fragment
The first fragment is located on the beach, behind some palm trees to the east of Garini.

Second Fragment
The second one is located in the water, in an outcropping west of Garini, beyond some crates and barrels.

Third Fragment
The final fragment requires some walking and players will have to reach the curly peninsula in the area where the fragment will be next to a palm tree.

Once players have all three fragments, they can return to Garini, walk to one of the round platforms and kneel.

Garini will do the same which results in the entrance to the Kah Yah shrine opening up.

The puzzle inside the shrine is a bit complex. Once inside, players need to walk up the left ramp, pick up a barrel and set it down on the left side of the moving platform.

When the platform moves, players need to crouch in order to pass through the obstacle.

As soon as players cross this obstacle, they need to pick up the barrel, place it on the right side of the platform and then go crouch at the left side to avoid the next obstacle.

Once they have cleared all obstacles and reached the destination, the barrel can be placed on the pressure plate which opens a gate near where players first walked onto the moving platform.

Now players need to make their way back, pass through the door and open up a treasure chest with the small key.

There is another chest nearby for which the players need to walk up to the right platform, place a barrel on it and equip their bow and arrow.

With the weapon equipped, players need to shoot the switch on the right, just after the two columns.

This opens up a gate and then players need to turn around immediately and shoot the switch again to open another gate.

Now players need to pick up another barrel and drop it onto the new pressure plate that appeared which opens up a door to where players got their barrels from.

Players can backtrack, enter through the gate and open the treasure chest for a Royal Claymore Long Throw.

Once they have looted both chests, players can exit through the center ramp, use the small key to open the door and meet Kah Yah to collect their spirit orb.