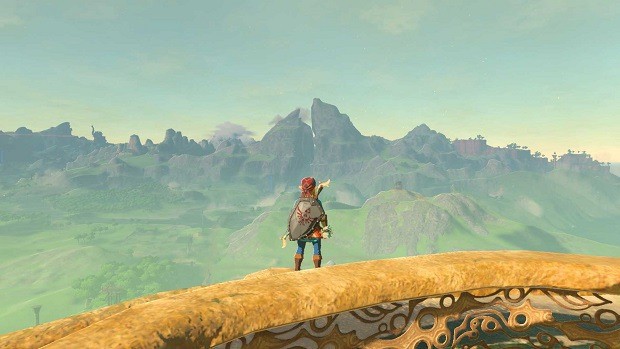 This Zelda: Breath of the Wild Champions Ballad Outfits Locations Guide will tell you the locations of all of the outfits in the new Zelda DLC, so you can stop wasting your time and quickly get the outfit that you desire.

For more help on The Legend of Zelda: Breath of the Wild Champions Ballad DLC, you can check out our Ancient Bridle/Saddle Locations Guide, EX Shrines Guide, and How to Start the DLC Guide.

As you may know by now, the rumor book will not give you the exact address of the treasure and you will need to find it on your own. The best armor in the new DLC is the Royal Guard Uniform along with the Phantom Gannon Armor.

To begin your hunt for new outfits, go to Riverside Stable and the Deya Village Ruins.

These books will give you the rumors which you can use to find these items. Let’s take a look at how and where to find each piece of the outfit in the new DLC.

As mentioned earlier, there are multiple outfits that you can find and unlock in the new Champions Ballad DLC for The Legend of Zelda: Breath of the Wild.

These outfits can be pretty hard to find, especially if you do not know where to start looking.

To make sure that does not happen, we have curated this Champions Ballad Outfits Guide that should help you locate all available outfits in the game.

Zand’s Helmet
Zand’s Helmet can be found in Necluda, Tobio’s Hollow. Go south to the Dueling Peaks and find the chest In a small island which is on a boiling tar filled pond.

Go to the north hallway and find the hidden chest in a secret wall towards the back left corner of the stone hall.

The Boots are found in the Guards’ Chamber of the castle. It is located on the west side of the central entrance and is a massive two-story room. The chest will be surrounded by Lizalfos.

The Cap is found on the second floor of the Castle, go to the Sanctum which is above Ganon’s boss chamber. The chest is near the corruption which has a strange patterned. Look for a knight statue, it should be somewhere close to it.

The Greaves are found in the Ebara Forest near the bird statues.

Look for the chest behind the statue, inside the dirt. Use your Magnesis to grab the chest. The Skull can be found inside the Corta Lake.

Simply use your Magnesis at the bottom of the waterfall and you will be able to grab the chest with the armor inside it.