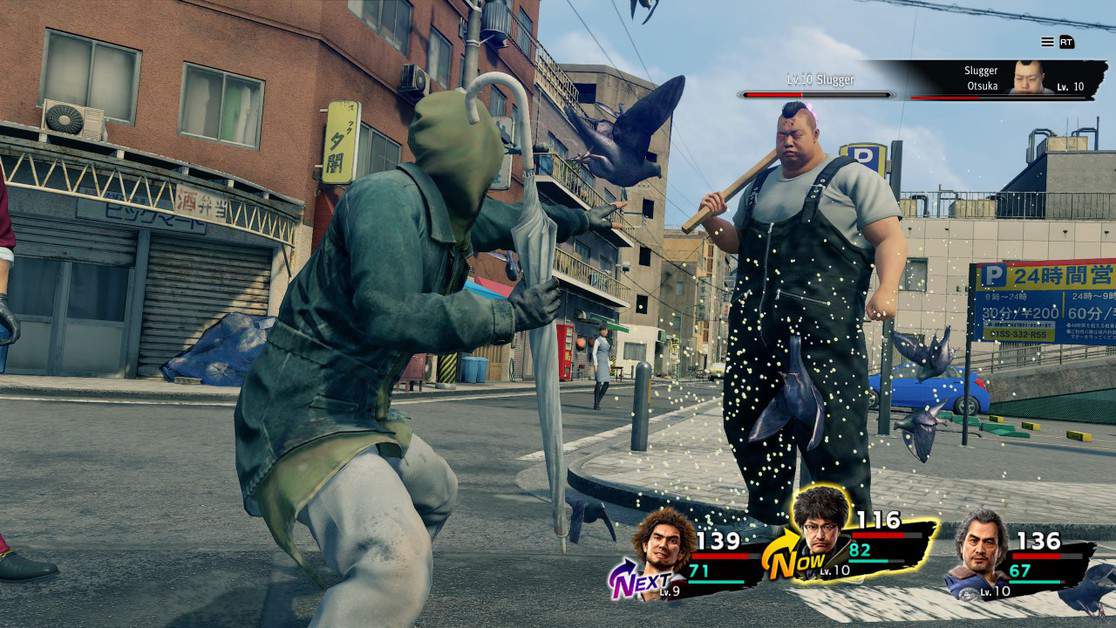 A homeless man who not only saved Ichiban but also was very hopeful of him surviving appears. You are in Isezaki Ijincho, Yokohama.

The homeless man informs Ichiban that, had it not been for him, he would not have survived when three days ago, when Ichiban was thrown into the trash.

But this was not done with the purpose of saving Ichiban; instead, the homeless person was afraid that his peace would be shattered had this become a murder case.

The homeless man is Namba and in order for Ichiban to stay, he has to listen to Namba’s orders.

He will get you to make money by giving you different tasks that include checking machines and even collecting trash for that matter, in the neighborhood.

The Action known as “Search for Goods” is now introduced to you.

However, good news, all the things you figured you missed are in the storage box, and the money can be accessed from the ATMs in the convenience store.

Apprentice Homeless is Ichiban’s latest job title. There would be minimal access to your map; however, you can play shogi.

Go to the targets and check the spots. The Homeless Elder is going to tell you to keep your money, and then he’ll want the backstory of Ichiban.

As soon as you get the control, you’ll be playing a mini-game of sorts, Survival Can Collection. Now use O to move forward and X to move backward.

Turn the first street corner and be introduced to boost items.

You will be exposed to other street people at the wider yellow checkpoint, who also gather cans. To steal their cans, you can use boosts to crash in on them. To proceed, return to the pink flag marker.

The info received will be “Collect plenty of cans and return to the starting point, collect as many cans as you can within the allotted time.” For this, you need 50 cans.

Make sure that you return to the starting point to pass; otherwise, the reward that you get will be less.

The red glowing X drums and the garbage trucks are a danger and hence you need to be careful of them.

Note that the Littering Girl will appear at random and will dump a lot of trash everywhere.

As far as the other homeless people are concerned, they can be a danger too. They may try and steal your cans, but you can do the same with them.

Anytime you want to play or exchange points for items, find him at this parking garage.

Namba and Ichiban get into a fight with these two mafia guys. Namba is simply the “healer” team, as in, his simple assault is worth beans, but his recovery abilities and techniques do pretty good harm. Against this man, at least.

Namba will explain the complexities of Yokohama, between the Chinese, Korean, and Japanese mafias, in the following scene.

The Japanese yakuza are called the Seiryu Clan (seiryukai) here.

Against any other clans attempting to join Yokohama, including Omi or Tojo, they are a bit of a ‘flesh curtain’ (niku no kabe).

Currently, none of the three mafias gets along, but they are certainly able to knock out rivals outside and even each other. Threads around here are spread thin.

In the next scene, Ichiban finds in his breast pocket a counterfeit bill.

Somebody, most probably the guy who dumped him here, put it into his pocket after he was fired.

Ichiban is going to attempt a homeless talk-no-Jutsu, but Namba shoots him down and then enters the gang.

A little more of the map opens up while you are in control but it’s still largely limited. Hello Work is the destination.

Exit the homeless area to be introduced to Party Chat using a triangle. Apart from battling Salarymen and Homeless duos, all of whom are weak to Namba’s Pigeon Attack, not much to do.

To proceed, go into Hello Work. Ichiban is not going to be able to find employment because he has no address. These are the instructions.

An old man is going to approach the guys and give them a job, not directly from him, but from a mom at the Snack Bar who’s looking for a part-time night job.

Sounds a bit shady already. But for the job, they’ll be able to net 5000 Yen. This man, you hear, is the president of Hello Work.

When you gain back the control, it would be night time. When you will look at the map you will realize that more things have opened up on the map.

Shops, entertainment places, substories are visible on the map. Don’t hesitate to run away from Lvl 13 and Lvl 20 enemies that you may end up facing.

To proceed, head to the goal marker. Geomijul has been robbing people’s energy and no one dares to do or say anything about it because Korean Town is the Korean mafia’s turf.

So Hamako, for Snack Mama’s sake, cut the cable the day before.

She needs the guys to guard the location in readiness for retribution by the Mafia. The work will be approved by Ichiban.

You’re going to fight the guy who was there at Hello Work earlier. He’s not even going to get a chance to attack.

Gain 5000 Yen and get the Silver Box Common Key item, which can be used to open safe silver boxes.

Right now, you can open one if you head to the east side of the Citron (mahjong) building and go up the stairs to open the Elusive Marble, the silver one.

If you go to Wette Kitchen and then go north to the underground entrance, go down the stairs and there is another Fire Charm silver safe between two crates.

To proceed, go back to the homeless area. Head to the objective marker in the morning to start.

Bleach Japan will be added to Midway Ichiban, they are a non-profit company and their motto is “to make white all the grey places.”

Ichiban will scare them away with ahem’s used tissues. Yet their chief returns with some thugs at night. It’s a large party, but with one attack each, they can go down.

In this building you will be given a room because the landlady is after the Right of Residency, making it more difficult for Bleach Japan to demolish her workplace.

After all this, you have to wait for a few scenes to pass and then you’ll get a chance to save the game once Yakuza: Like a Dragon Chapter 3 Rock Bottom Hood ends.