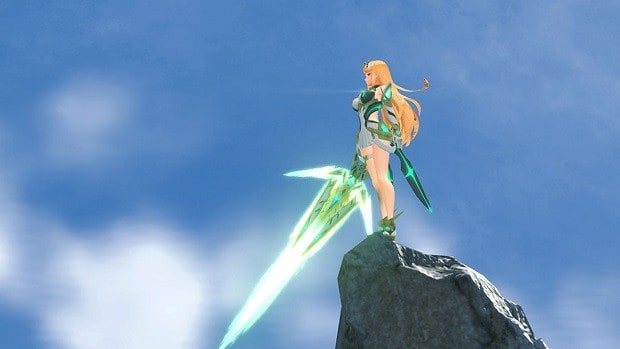 What are Rare Core Crystals in Xenoblade Chronicles 2

How to Farm Rare Core Crystals

We have found two easy methods for you by which you can easily farm these Rare Core Crystals as much as you would like.

This will allow you to craft the Rare Blades much more easily as you will have a steady flow of Rare Core Crystals.

The first method for farming Rare Core Crystals involves you obtaining 99 Cylinders before starting with the rest. You can easily buy these Cylinders, so buy 99 Cylinders and then disengage the ‘Salvage Mastery’ Field Skill for all your equipped blades.

We recommend before you start that you also use a blade that is Level 4 and has the ‘Treasure Sensor’ Battle Skill. It being Level 4 will help as well because it increases the chances of getting a better bonus by 90%.

When all the initial requirements are met, you can head to the Salvage Point in the Mor Ardain. Head south from the Kedeigh Gate to reach this salvage point.

This results in more monster spawning, so you can kill them using the Smash Driver Combo. This results in them dropping 2 Common and 2 Rare Crystals every time.

Mostly the monster spawning will be Small Hermit Crab, and you can use Break, Topple, Launch, Smash Driver Combo on it to kill it quickly.

This method will give you an average of 40-46 Rare Core Crystals and 55 Common Core Crystals using just 50 Common Cylinders you bought.

Kill the Small Hermit Crabs to get Common Core Crystals. To get a Rare Core Crystal, first, charge your Chain Attack Gauge by attacking other monsters spawning there, such as Zamtrios or Stingrays.

Once it is all charged up, hit the next Small Hermit Crab that spawns, and it will give you a Rare Core Crystal, as you will kill it with the Overkill power of 200%. A chain attack here will also result in a Rare Core Crystal dropping.

You will have to fight two bosses at the end of chapter 2. These bosses are Dughall and Morag. You will get Rare Core Crystal after defeating the first of two bosses in chapter 2 that is Dughall.

The location of this Rare Core Crystal is in the Stomach of Uraya. You can reach there after passing the Head Fonsa Myma in the Kingdom of Uraya. At the Stomach, you need to find and open the blocked flood gate due to debris. You will then reach inside, and there you will find a chest. You can get two Core Crystal by opening the chest at the location.