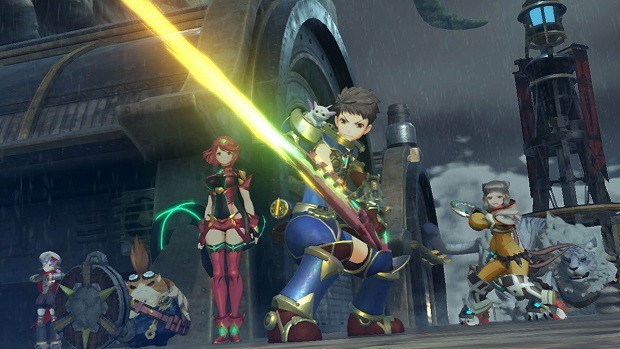 Combat is the bread and butter of most modern games, and Xenoblade Chronicles 2 is no different. It is undoubtedly one of the more difficult parts of the game because so many different vital systems are simultaneously interdependent.

Combat may seem very simple at first, but only when you delve deeper into the game do you realize the intricacies of the game’s Combat System. This guide will tell you all the Basics of Combat and give you some Tips and Tricks to ensure you are ready to defeat your enemies.

This Xenoblade Chronicles 2 Combat Guide will tell you how to fight, manage your XP and items, use combo attacks, use chain attacks, and, most importantly, spot the enemy’s weaknesses.

It’s crucial to keep in mind at first that Rex’s blades will affect the weapons he employs. Every Blade has a corresponding weapon, which will change to that weapon automatically. Experiment with the Blades to see which one fits you best!

Fortunately, the Pause menu allows the player to select which Blade each character in his party will equip. After that, you can swap between these blades during your battles – by pressing the directional buttons on your D-pad – so try to choose Blades that work well together. Look at the bottom left corner of the screen to see all the Blades you have equipped.

You can start the fight by pressing ‘R’ to lock onto a target and then pressing ‘A’ to initiate a fight with them. You can either walk up to them and press A or lure them toward you by throwing a rock down on the D-pad. Rex, however, will keep assaulting the foe he has locked on to automatically.

You will automatically attack the enemy you are locked onto and build your three Abilities, known as Driver Arts in the game.

Along with the Driver Arts, a final Ultimate Ability is charged by using your Driver Arts.

You can charge your Ultimate Ability up to four levels and then unleash it on your enemies by pressing A and B when the circle is in the exterior zone.

Lastly, remember to learn how to Cancel Attacks and make it your second nature.

Combos are paramount to success in Xenoblade Chronicles 2. These attacks are crucial if you defeat some tough enemies in the game.

As soon as you see the Break sign at the top of the combat screen, you can combine your special attacks with your Driver Arts to ensure that the chain of attack continues and does extra damage; after that, one can launch an enemy and finally smash it out.

If you look at the Driver Art attacks, some key information is associated with each name. This is a back attack. To avoid them, you need to perform a Driver Art attack so that enemy has no idea about it.

Learning combos is important since they are one of the only ways to defeat enemies at a higher level than you.

Later, you will learn to use different Driver Arts, which allow you to topple and smash into enemies and combine them for amazing combos.

Remember to look at the icons below the names of the Driver Arts, so you can get to know how you should perform the attack.

You should equip a wide range of Blades and use the one which works against an enemy’s weakness. Look at its weakness on the right side of the health bar. Each Blade has a specific elemental type, which you should employ to block your enemy.

A flame indicates an enemy who is susceptible to fire strikes. Each element is, however, seen to be opposed by another element. For example, fire is opposed by water, and the wind is opposed by ice, and so on.

You can see the Party Gauge towards the top left of your screen, and it will build up as your party automatically attacks the enemy.

Once the Party Gauge is full, your party will choose a Blade, and you will start the quick time events for their entire Special Super Attacks one after the other.

You want to pick a Blade with the opposite elemental type to the orb you can see around the opponent’s health. If you pick the Blade correctly, you can do much damage and destroy that orb to make the opponent a little less strong.

Taking out your opponents is crucial if you are in an extremely long battle that does not seem to be ending anytime soon.

Remember to go to the Inn after a little bit of time. This way, you will be able to get all of the extra XP that you have acquired through the side quests and the landmarks. You can use that to level up without grinding the various enemies for it.