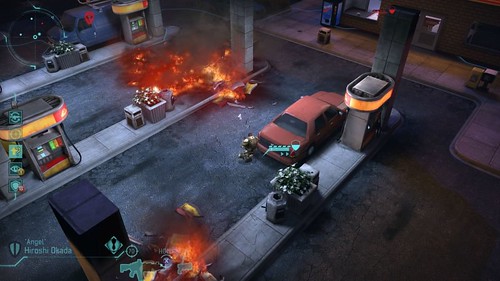 One of the most important parts of keeping the planet protected in XCOM is to have technology and knowledge.

Unluckily the above two things don’t spring out of the ground by themselves, and require some investment, which comes in the form of building essential facilities in the game.

I highly suggest taking your time in the tutorial – it’s very handy for learn basics. However, the tutorial is a bit oversimplified as compared to the real stuff, so you might want to have a go at it again, which will give you the freedom to experiment and/or plan your base.

Apart from going through the tutorial, there a few more things you might want to consider. For more help on XCOM: Enemy Unknown, read our Builds & Progression and Class Guide.

How it Works
Basically, the XCOM base is made up of a number of Facilities. Each Facility has a role to play and aid you in progression, be it training soldiers, doing research work, carrying out engineering breakthroughs, or making satellites for better coverage.

The XCOM Headquarters is divided into four subterranean levels. Each level is subdivided into grids, with each grid being able to compensate a facility.

At the start, only the first level is partially occupied. For opening new areas/grids for construction, you must first Excavate that site. However, some are already pre-excavated, and only require proper connection with the rest of your Facilities.

The Excavation and construction costs increase as you go into deeper levels. Thus, it is best to construct as much as you can on the upper lowers first.

The following are the facilities you can build in XCOM: Enemy Unknown. Some are much more fundamentally important than others.

Satellites are Important
One of the most important yet underrated elements in XCOM is the satellites. This is particularly true in Enemy Unknown, since you have only one base.

Satellites serve the purpose of being able to spot UFOs, and it’s important to have Interceptors to defend satellites and to attack the UFOs in the mini-game.

However, the more important and passive aspect of making satellites is that they calm the nation that they are located above.

This can ensure that you are getting extra resources. Furthermore, completing coverage over an entire continent will give you the same bonus you would have if you put your base there!

Power Plants
There are a number of different power plants in XCOM, such as Thermal Generators, standard power stations, and also Elerium Power Stations.

The best ones out of these are the Elerium Power Stations, but they are difficult to construct because they require alien components, and are generally quite expensive.

Thermal Generators can only be built on steam vents. The best method is to mine down the steam area, build a Thermal Generator there, and then surround it with other power plants if you are capable of doing so.

Though the facility may not seem like a worthwhile investment initially, it actually can really benefit you a great deal during the mid to later stages of the game, particularly on Classic difficulty.

It’s thus important to give Office Training School some priority as well, as it will allow your soldiers to gain experience quickly and even aid them in surviving longer – you don’t want to be mourning the death of your elite Colonel soldiers mid-game while wishing you could’ve invested to save them.

Armor generally gets researched faster, and you might want to invest in this more to protect your veterans. Additionally, armor is generic – it can be used for any type of soldier irrespective of his/her class.

Weapons on the other hand are class-specific, and generally slower to research. However, you would want to invest in researching weapons early on to help your rookies get kills easily and gain faster XP.

So, simply put: weapons research in the start (but don’t completely ignore Armor or your rookies will die young), and then armor focused research when you have those battle-hardened badasses.

Engineers are More Effective than Scientists
XCOM players will understand that Engineers in the game are much more important than Scientists. Scientists aid in accelerating your researches, but it is the Engineers that are required to build stuff.

It is even possible to build everything with just 1 Scientist available – extra ones will just make things faster.

Engineers on the other hand are a must-have, because there is a specific amount of engineers required for some specific and extremely important researches (particularly all the Foundry facility researches).

Thus, it is extremely important that you build Workshops, which provide you with Engineers and make them more efficient.