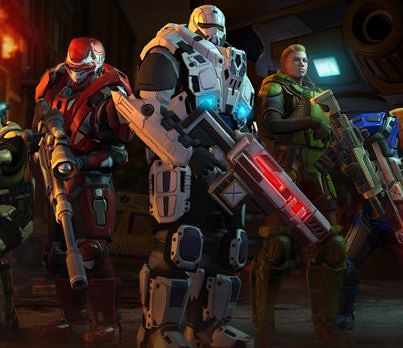 XCOM: Enemy Unknown is a turn based strategy game with a deep intricate game-play; to survive in the XCOM universe you need to know all your unit’s strength and weaknesses, when to send which soldier in, how to combine the specializations of your different units and finally how to position your soldiers.

This guide is to help you understand some of the game-play mechanics of the different classes so that you stand a better chance against the alien invasion.

There are several levels of game-play in XCOM, in the headquarters you will have to take decisions about which missions to take, what to research to improve your units, which abilities to unlock, etc.

You are smart enough to discover what play-style suits, this guide focuses more on how your decisions affect the turn-based ground battle between your troops and the alien scum.

You can unlock abilities for your units making them more effective in certain situations, but you must choose wisely because you cannot unlock all abilities. The abilities’ upgrades are paired up such that you can take one of two contrasting roles, there are five such pairs, allowing for a lot of unique combinations.

Although you can build your units flexibly they have specific classes that have their own set of abilities and cannot substitute the role of another class, this means that you have even more unique combinations for your team composition as a whole.

More classes, weapons, armor, etc. can be unlocked through research. Other than unique additions to your abilities, each promotion also increases your unit’s health, accuracy and will power.

Will power is what separates your calm killing machine of a soldier from a panicking mad man who makes for an easy target for the aliens. Don’t worry though, your units won’t be panicking unless subjected to the most extreme situations.

Furthermore, some abilities/items can be used in the same turn as you move while others cannot depend on your unit and the ability/item, making it crucial to know the power of each unit in one given turn. The 4 basic classes available from the start of the game are support, assault, sniper and heavy.

Support
As the title suggests these units support the other front-line units and don’t do so much of the killing themselves.

They can heal other units and create advantageous conditions in battle so that your team has an upper hand such as throwing a smoke grenade to create an effective cover in an otherwise vulnerable position.

Support class can also provide suppressive fire to cover your frontline units by lowering enemy stats and on higher levels giving him reactionary shots to punish enemies if they try to make a move. When upgrading you can choose either to give your support more med-kits or give him additional grenades.

On higher levels, you can even upgrade your grenades so that they boost the stats of units near the smoke in addition to providing cover, it all depends on your play-style.

Med-kits, for example, will work well with high risk high reward strategies and your units won’t have to reserve extra space for defensive items. On the other hand, smoke grenades would make it so that you aren’t in unnecessary danger, making it a more defensive and tactical advantage.

Support class, in effect, provides excellent protection for your units and packs a punch with his assault rifle.

Assault
The assault specializes in close combat and high mobility and are equipped with appropriate weapons such as shotguns and assault rifles.

They have a lot of abilities, which can be used in the same turn as you move making them excellent at flanking and moving in close to finish enemies off or capturing aliens for your research.

In addition to the high mobility, the assault’s fast reflexes give him even more survivability letting him dodge the first enemy reaction shot and with an upgrade giving him reaction shots against approaching enemies.

They also have the ability to flush out enemies in the open giving some easy target practice for your sniper. However, what gives assaults their close quarter deadliness are the passive bonuses they get the more enemies in the vicinity.

This way, you can bring out your assault after you have provoked enough enemies for huge bonuses and start slaughtering. You might already be getting a sense of how effective an assault could be in the middle of the action combined with a support providing heavy cover.

Sniper
The sniper of course specializes in long-range combat but can be built to excel in mid ranged combat, or you can go with the more traditional way and stick to making him a long-range monster. His main weapon is the sniper rifle which can easily do a lot of damage from a safe distant cover.

You cannot move and fire the rifle in the same turn unless you unlock snap shot, but if you do you will miss out on squad sight, which is more long-range oriented and lets you fire at anything your squad can see, allowing the sniper to remain safe behind the lines yet still contribute to the fight.

Gunslinger upgrades the attack on his pistol giving him a close-range advantage and in addition, your sniper also has a battle scanner which gives vision in otherwise unsafe territory and makes it safe to move your units in.

On the other hand, for long-range survivability, you can unlock damn good ground and low profile, the former grants you bonuses if you’re on higher ground compared to the enemy while the latter makes your cover more effective.

Heavy
The heavy is equipped with a light machine gun and a rocket launcher. One of the most useful abilities in his arsenal is of course the rocket launcher, which can take on multiple enemies in one move, but the ammo is limited to one use at the start making you think twice before using it carelessly.

The ability bullet swarm lets you fire and then move in the same turn, which, in effect, allows you to fire close-by enemies and run to safety.

You can unlock additional slots for grenades by choosing the ability grenadier. Later, you can make your heavy tougher by unlocking abilities, which boost the effects of armor and weapons.

On the other hand, you can make your heavy more of a support by unlocking holo-targeting which gives bonus accuracy to your team against enemies the heavy engages.

Suppression lets you provide covering fire, which lowers enemy stats while your assault moves in. The heavy contribute greatly by unlocking heat-ammo that doubles your damage against robotic units, which are otherwise very tough enemy units near the endgame.