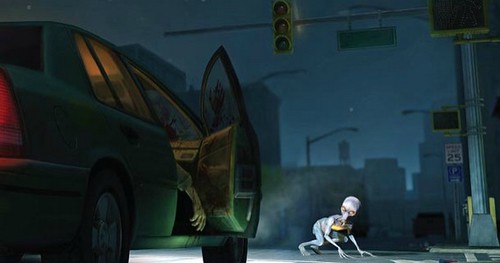 XCOM: Enemy Unknown may look like a conventional turn-based strategy game, but its unique progression style; minimal margin for error, and in-depth focus requirements set it apart from other games of the genre.

The tactical and turn-based gameplay takes place on small battlefields, which are the core action-packed parts of the gameplay. The strategic aspects come into play when you have to manage the XCOM base by managing resources, building/enhancing facilities, upgrading your systems, and much more.

This rich package can be a little overwhelming for even the most experienced strategy gamers, let alone to those who are new to the genre. Thus, it’s important to understand a few concepts and learn to survive the extraterrestrial threat that is upon us in the game.

XCOM Isn’t Very Forgiving
One important thing to note is that XCOM isn’t very forgiving to mistakes and errors. In fact, the game can be considered on-average to be rather difficult. Hence, it’s not wise to go above the Normal difficulty on your first play-through, even if you have played the original XCOM.

Another thing to note is that you should NOT skip the tutorials. XCOM’s first two missions and initial base simulation section are interactive tutorials – they teach you a lot about the game’s mechanics and give you some good tips, so it’s very important that you go through them.

Staying Alive and Winning Battles
Once of the worst things a player can experience in XCOM is witnessing their Colonel ranked squad member get shot to death by an Alien because of miscalculations and/or recklessness. As stated earlier, XCOM isn’t very forgiving to mistakes and errors in the battlefield, and it’s thus essential to think before doing anything.

Thus, there are a few rules that a player should strictly abide by. These are by no means advanced tactics, but they will certainly prevent unnecessary losses on the battlefield and better results.

Think Before You Do Anything:
In any giving battle in XCOM, you will almost always be outnumbered. To make things much more challenging, the AI of the game is exceptionally good. Enemy AI units will coordinate their movements and positioning with each other very well, and will utilize teamwork, terrain, and covering fire to do you out.

Thus, it is very, very important that you think before doing anything. This even includes simple movement from cover to cover. It may sound like a very simple thing, but in the heat and tension of turn-based gaming you often tend to make premature decisions. Don’t let that be the case! Think of this as a chess game, and take your time – you aren’t Garry Kasparov or Judit Polgar that you would be able to make instant decisions as they do in chess.

Or you could simply learn this simple tip the hard way: lose a few men in the battlefield, feel the pain, and let XCOM harshly teach you the importance of this first thumb-rule.

Use the Environment:
Cover can mean your soldiers’ lives in XCOM. An exposed soldier with an ET nearby can be assumed as good as dead. Thus, it is very important to move through cover and take your shots while you are protected.

Generalizing it, you should use your environment as much as possible. There are some objects that might look like good cover source, but the environment of XCOM is destructible and dynamic.

Walls can be filled with holes, cars can be destroyed, and even entire rocks can be obliterated with explosives. Thus, it is important not to overuse one source of cover. Use volatile objects like cars and thin walls only when it is an absolute must. Make sure that you don’t spend more than a couple of turns there.

In addition to covers, altitude plays an important role as well. Units (both friendly and hostile) gain bonus aim and defense. Take the high ground whenever possible, and use it to your advantage.

Be Aware of the Battlefield:
You might be behind some fool-proof frontal cover, but it’s never too hard to get reckless and ignore the dependable tactic of flanking. Always watch for flanking enemies; as stated before, the AI of XCOM is good, and they will try such maneuvers to put you on the back-foot. This can particularly be damaging to your snipers and Heavy class soldiers, because they usually tend to stay back.

In addition to flanking, it is equally important to watch out for corners. You don’t want to make your solider turn a corner only to absorb a spray of alien projectiles. You should always consider the uncertainty that comes with the Fog of War.

This aspect becomes even more crucial when combined with the turn-based attribute of the game. Make sure that you do your scouting at the beginning of your turn, and not the end. If you do the latter, your scouting soldier will almost surely die or get injured badly.

Of course, these are just a handful of tactics, specifically meant for the turn-based battles in XCOM. If you want to know about building Facilities, Researches, Classes, and the related tips and strategies, have a look at our other guides.