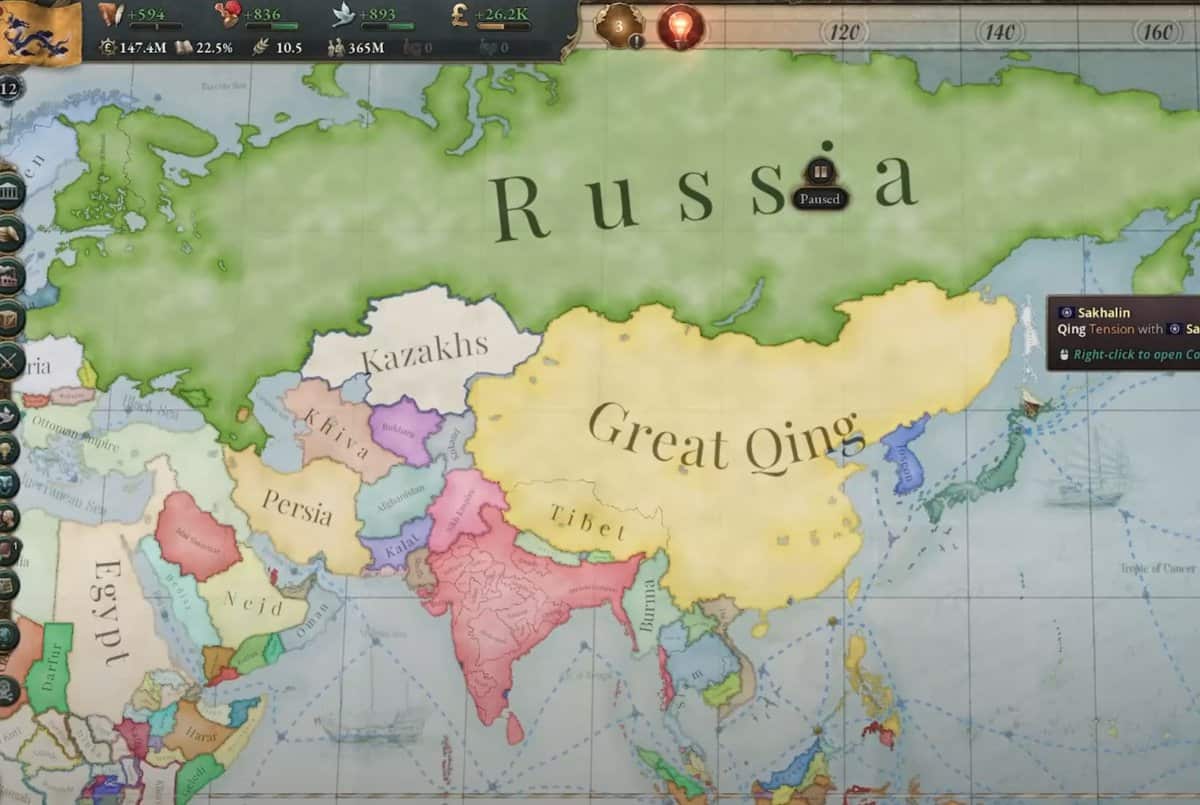 Raw resources are one of Victoria 3’s fundamental elements. You can gather these raw resources either through the market or by personal mining.

How to open the resource map

There is coal can be found almost everywhere. It is most prevalent in Europe, but it can also be found in large quantities in Asia or, for instance, South Africa, where competition for colonies is unavoidable.

Iron is the second-most significant raw material. Europe has most of it, and all the countries there appear to have enough. There is also a ton of it in America and Asia, but you’ll probably have to compete with other nations for it there.

Sulfur is another raw resource that is slightly present in the game; if you have enough, you’ll probably need to trade with it. You can find specific maps below.

Wood can be found wherever trees grow, thus you can find it strewn about everywhere, with the possible exception of deserts and hostile situations.

East India Company and the Qing are the primary sources of grain. Grain yields in Europe are much lower than in these nations. The need for grain is obviously greater in countries with a larger population than in Europe, where there are smaller populations.

Fish is an additional raw material. They are accessible in nations that have neighboring seas. Other locations have more, some less. It’s a convenient way to obtain food.