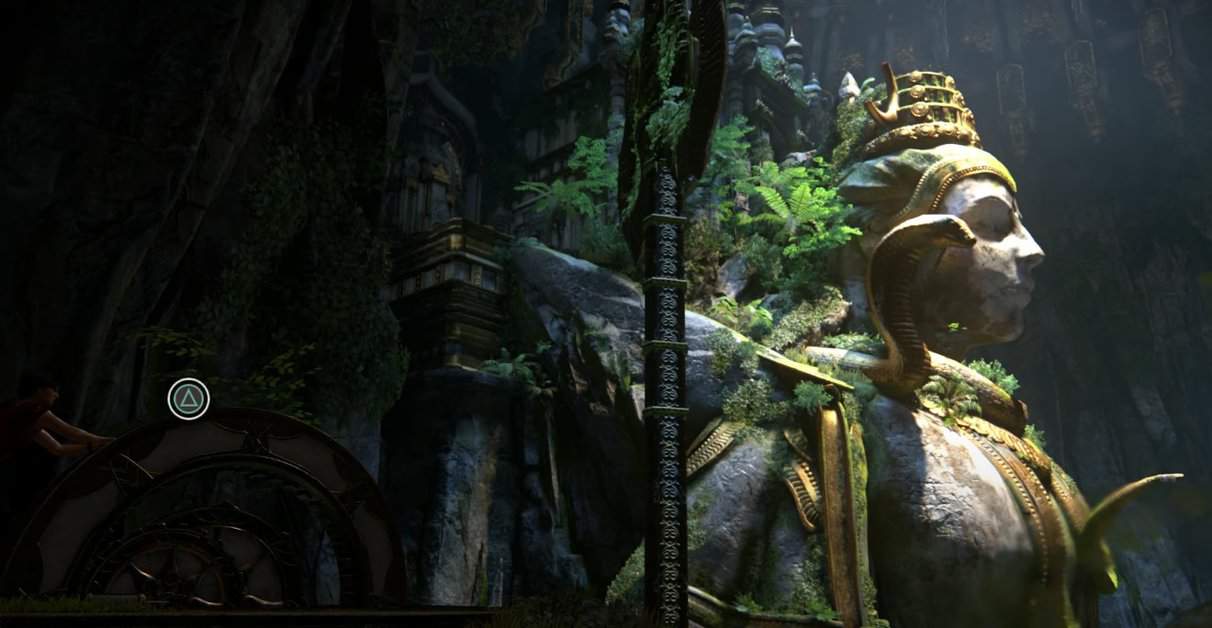 Chapter 7 of Uncharted: The Lost Legacy will see players coming face to face with a giant Shiva statue and a complex water puzzle to solve.

The main thing to do in this puzzle is to make water flow in several locations. If you are unclear on how to make that happen, allow us to provide the solution to Shiva’s statue puzzle in UC Lost Legacy.

There are four parts of this puzzle and we will discuss all of them one by one.

How to solve Shiva’s statue puzzle in Uncharted: The Lost Legacy

Stand in front of the giant statue of Shiva when you enter the chamber.

On the ground floor of the area, there are three treasures that need to be found. To find the first one, just go underwater in the flooded part of the chamber and you will find it behind a big rock.

There would be a mechanism that needs to be rotated.

Now, after rotating the mechanism, Shiva’s one hand will move. Cross that hand and get to the other side of statue by moving on the ground.

Climb up through ledges and you will come across the second mechanism. Rotate that and one of Shiva’s hands will come down. You need to get on the giant object that is in statue’s hand which just came down.

Climb up that object and then climb some more using the ledges right in front of you. You will find a wheel. Turn that wheel and water will start flowing.

Just slide down the water stream and go to the right-side area of the statue. You will find another mechanism on the right of the statue. Just rotate it and the statue will raise its right hand, holding a bar.

You need to climb on that bar. But when you move further on the bar, the hand automatically comes down. Make sure you don’t fall off. Just climb up the bar all the way to the top.

When you reach the top, just look to the right of the statue, you will see another wheel that will be used to make water flow. Just use your hook and rope to get on the cliff right in front of you.

Reach the cliff and turn the wheel and water will start flowing.

Set the statue to reflect the light beams

Now make your way up and you will find a mechanism. Interact with that mechanism and a cut scene will appear. A cage along with hook will be hanging on the roof. Just grapple it, swing and jump to the ledges on the opposite side of the chamber.

This will start a new puzzle in which you will have to set the statues to reflect all the beams so that they hit the main panel.

Once the puzzle is solved, clear out Asav’s men right after the cutscene and leave the location as soon as possible.