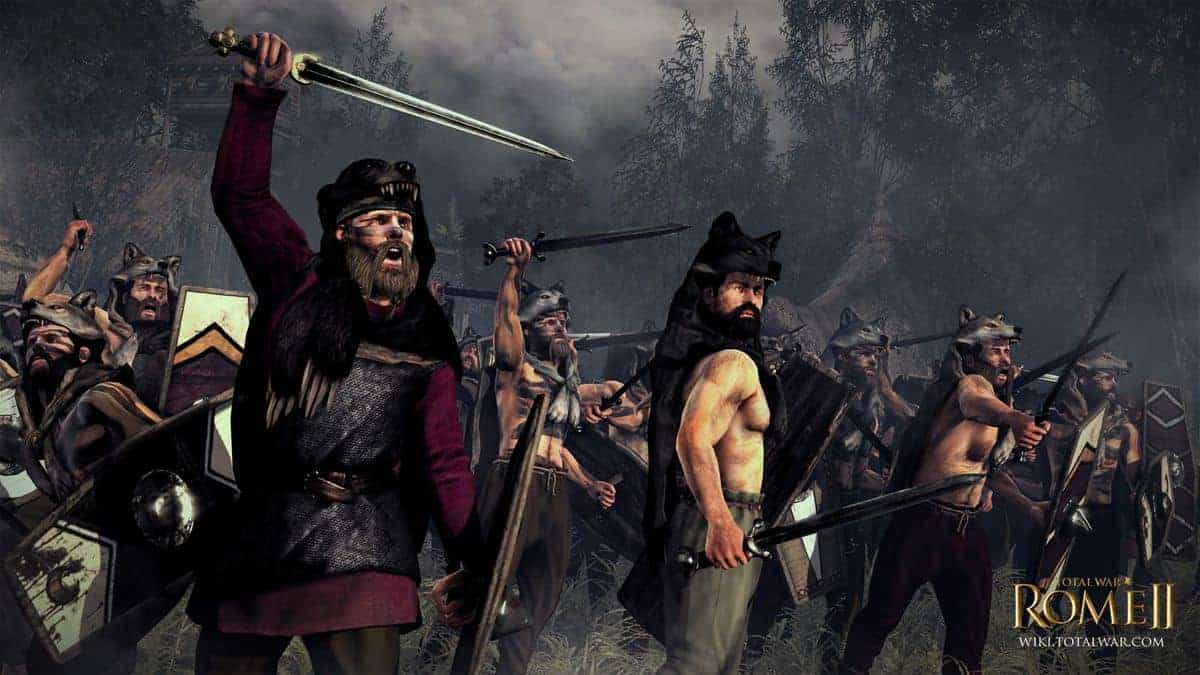 The Suebi were a group of war-hungry German tribes that existed during the later times of the Roman Republic. In Total War Rome 2, the Suebi’s lust for blood and hunger of battle is identified by their small but eager set of units, making them great battlers on the land.

The Suebi melee infantry is strong and determined, and with its aggression and passion can outplay any other on the battlefield under a good Commander.

However, artillery ships are prone to enemy ambush, and can be easily sabotaged. For this reason, it is important to have them protected by neighboring ships during sea battles, and by a small set of land infantry during shore attacks.

Field artilleries are catapults and old-fashioned long-range ballistic weapons that can be utilized by almost all the factions. Unlike the fixed artilleries, field artilleries can be moved around in the battlefield, giving you more versatility.

Since field artilleries have mobility and not as much range as fixed artillery, they are generally recommended for battles in which you would be attacking fortified enemy lines. A good example is how the Samnites use their artillery during the prologue chapters in the campaign.

However, you do not want to be making the same mistake as the Samnites; make sure your field artillery is guarded by a set of units, and when it moves it is from and to a place that has already been secured.

Unlike the field artillery, the fixed artillery cannot be moved, but it has much higher range and larger damage than fixed artillery units. Since they are fixed nuits, the Giant Ballista and fixed Scorpion are best utilized when used in defensive battles, where you would be fending off an attacking or defending a specific region.

Note that like the field artillery, fixed artillery unit controllers are weak against melee attacks, so it is important that they are stationed in flank-proof areas and have a small unit guarding them.

The melee cavalry unit of the German force is limited in number, but they are just about as good as the rest. True that they lack defenses, and do not have as much of an impact as the Shock Cavalries of some of the other factions, but they nevertheless are excellent at offensive-defensive abilities.

Cavalries in general are excellent ambushers and invaders, and can utilize terrains like hills and forests to perfection, using them to conceal themselves and then ambushing enemies, hitting them from the flank.

Cavalries are however weak against Pike infantry and spear men, and cannot engage them directly from the front. It is often best to use melee cavalry for surprise attacks on the enemy units, and for creating gaps for your melee infantry to utilize.

Though the German faction doesn’t have as many melee infantry units as the Roman faction, it is definitely capable. The highlight of the melee infantry of the Suebi faction is their aggression and good damage.

The Suebi in general is an aggressive faction that works best in guerilla-styled warfare, and it is best to use the melee infantry after you have weakened your enemy’s defenses with cavalry and missile infantry first.

The Spear-men are also a very essential part of the melee infantry, and should be used to counter enemy cavalry and elephant units.

So what are melee ships? Well, melee ships are ships that carry melee infantry. They are excellent for boarding other enemy ships during sea battles and for invasion. There are four different ships available to the Suebi faction.

The major attributes that differentiate are defense, capacity, type of unit carried, and speed. While in this case the Persian Assault Teteres might seem like the obvious choice, it actually isn’t.

Choosing the type of melee ship is essential for sea battles, and choosing such a set of heavy ships like the teteres with slow speed and large boarding time can make it difficult to catch up with enemies.

So, it’s essential that one can balance these attributes and find the right combination of ships.

The German army somewhat lacks in missile cavalry, but they do have the essential archers in the form of ‘archers’. The only problem is that the missile cavalry is weak, and can be eradicated quite fast when forced into melee battles.

It is thus essential that during land battles they are protected by surrounding them with different units.

German Slingers and Youths have less range than the bow-wielding hunters, which makes them even more susceptible to melee attacks. Try to use them for situational purposes and isolated units. I like to use such melee infantry units for bait to allow cavalries and melee forces to ambush enemies.

Missile Ships are sea vessels that carry archers and other missile infantry. While they don’t serve a major purpose during on-shore battles, they are highly effective during sea battles for engaging enemy ships from a distance.

The issue with these ships is that they have poor boarding, very average health, and are quite unstable, making your missiles rather inaccurate. But, when you have more than one in your fleet, they can combine to pick out single targets very well.