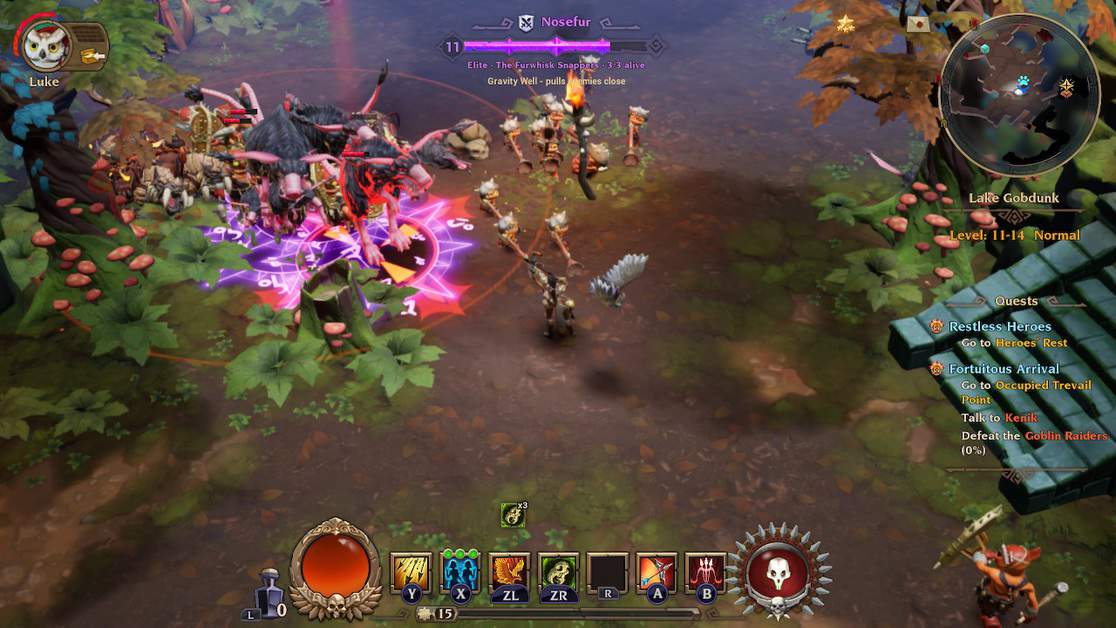 Relics in Torchlight 3 are ancient wonders that can grant you certain powerful skills and powers associated with that Relic. Currently, there are five relics, namely Bane, Blood Drinker, Electrode, Flaming Destroyer, and Coldheart. Our guide will cover each and every one of Torchlight 3’s Relics to help you best utilize them.

How to unlock Relics

The first and the foremost step is to go through the tutorial quest where you will defeat the boss in the Fields of Unrest- The Chasm.

Go to your first after this quest, and you will now be able to build a reliquary in your fort, allowing you to unlock and equip relics.

Unlocking a Relic costs 24 ember cores. Enemies and bosses drop these cores as you defeat them. At a time, your character can equip only one Relic.

For ALTS, the cores are not required to be spent. Remember that you will have to unequip the Relic you want to upgrade in your ALTS

Relics can be upgraded by gaining XP, which will increase your own level and hence the Relic through the Relic skill point. After the 10th rank, an additional boost will be provided too.

A Relic’s main ability is unlocked by default, while additional perks are to be unlocked individually. As soon as the Relic reaches level 5, an additional skill will be unlocked.

Let us go through each Relic in detail now.

This is a Poison relic and it’s the first of Torchlight 3’s Relics to be unlocked. It protects your character by diverting the enemies towards the Spiderlings you spawn using the Relic.

The main ability of this Relic is Miasma that has a 55% chance to poison and 50% weapon damage for 4 seconds.

Furthermore, the Poison storm cloud does a DOT effective for 50% weapon damage and finally +25% buff for all enemies.

Passive 1: Spread of Death allows you to Hit a poisoned enemy and has a 35% chance to spawn missiles, causing an additional 45% damage.

Passive 2: Eight-legged Allies which gives a 40% chance to spawn poison spiderlings upon killing a poisoned enemy and you can have up to six spiders that last 10 seconds.

Passive 3: Contagion allows Miasma to be now spread to enemies.

This is an ice type Relic that also serves as protection around you. This Relic also comes with some valuable and useful active and passive skills which will be described below.

The main ability of this skill is to cast a snowstorm around you for 8 seconds, freezing nearby enemies for 4 seconds with 50% to chill and 20% chance to freeze along with 5% chance to buff

Active skill: Glacier can Knockback enemies and chills them for 2 seconds and also does 75% weapon damage. It also serves as a barrier for 6 seconds. Best use is to wall off enemies coming from entrances. This is not effective against bosses

Passive 1: Freezing Touch which increases the chance to freeze the enemies you hit.

Passive 2: Ice Golem, increases 15 % chance to summon an Ice Golem upon killing a chilled enemy that lasts for 20 seconds.

Passive 3: Ice Age that causes icicles to drop around you, causing 40% weapon damage.

This Relic mainly focuses on causing exponential damage. The main essence of this aggressive Relic is fire!

The main ability of this Relic is to Slam a flaming sword down on enemies causing 125% weapon damage along with 50% chance to burn and 50 % chance for DOT upto 4 seconds.

This also causes a 20% damage buff to surrounding enemies.

Active skill: Sword Smash that results in Slamming a flaming sword in front of you that burns enemies for 200% weapon damage.

Passive 1: Magma Burst increases the Chance to cause a burning enemy to explode upon hitting them and also does 45% weapon damage.

Passive 2: Firestorm increases the Chance for fireballs to drop on enemies with 40% weapon damage.

Electrode is the most brutal of Torchlight III Relics. It allows you to cause explosive damage if you have the right weapon, like a legendary weapon that can cause a debuff on enemies and then generate lightning strikes or stuns.

The main ability of this Relic is firing multiple Shockwaves around you, causing a whopping 125% damage and shocking the enemies for 8 seconds.

Active skill: Localized Storm that allows you to Summon two ionic storms that dealing 190% weapon damage and has a 25% chance to stun enemies.

Passive 1: Lightning Strike increases 10% chance to call down a lightning strike upon hitting a shocked enemy and also does 100% weapon damage.

This Relic primarily focuses on draining the enemy’s health and also allows your character to occasionally heal up a bit. This Relic is best for slow, laggy, and close encounters.

Perhaps, it will work best with a melee type character like Railmaster. The main ability is to Cause a Bleed DOT effect for 8 seconds and 100% weapon damage.

Active skill: Spinning Blade Summon blades that cause 25% weapon damage and makes monsters bleed for an additional 25% DOT over 6 seconds.

Passive 1: Rupture, increases chance to make a bleeding enemy explode on hit by 10% and does 45% weapon damage in a small area.

Passive 2: Blood Pools which gives 15% chance to spawn a Blood Pool upon kill a bleeding enemy which in return heal you for 5% of your total health.

Passive 3: Boiling Blood that can Rupture the enemies for the Blood drinker’s initial activation until the effect ends.