The Witcher 3 The Beast of White Orchard Quest Guide 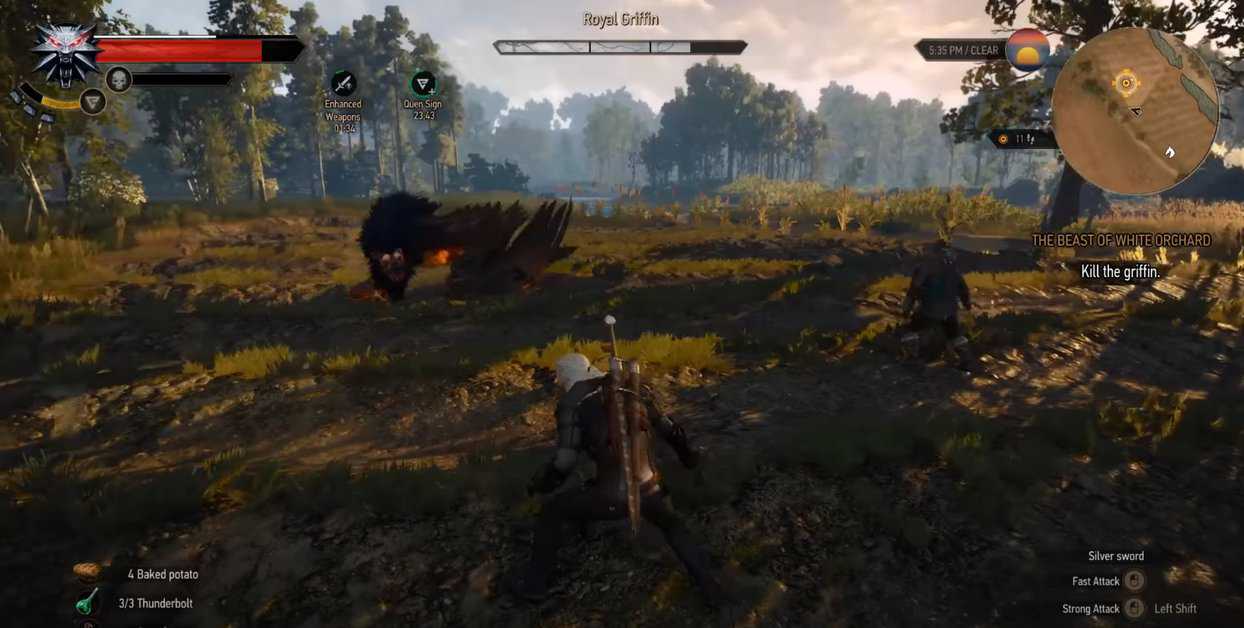 With no knowledge about Yennefer’s whereabouts, Geralt seeks out the Nilfgaardian’s help in The Witcher 3 Wild Hunt, who seems to know where she went. However, knowledge is rarely free and always comes at a price. Before the Nilfgaardians reveal Yennefer’s location, Geralt is required to find the Beast of White Orchard that has been killing the Nifgaardian troops and causing trouble for them.

So, without further ado, let’s discuss details about finding and defeating the Beast of White Orchard in The Witcher 3.

How to start the Beast of White Orchard contract

To start the quest, Geralt is required to talk to the Nilfgaardian captain, Peter Saar Gwynleve. He’ll reveal that he knows something about Yennefer; however, he will only disclose the details to Geralt if he agrees to do something for him first. The task Peter will assign Geralt is to kill a Griffin that has been terrorizing and killing his troops.

Talking to the Hunter

Your next objective will be to seek out a Hunter who will be out hunting somewhere. You can track him using your Witcher senses. Once you find him, he’ll reveal that he’s currently busy searching for some wild dogs.

Here, you have two options: to help the Hunter find the wild dogs or to tell him that you’re in a hurry. If you help him out, you will gain some experience points, so we recommend you choose this option instead. After you’ve dealt with the wild dogs, the Hunter Mislav will lead Geralt to the site of Griffin’s attack.

Here, you can use Geralt’s Witcher senses to track down clues revealing information regarding the quest. It’ll be revealed that the Griffin has been terrorizing the Nilfgaardians to seek revenge for his mate, a female Griffin, who was killed by the Nilfgaardian troops.

Now that you’ve identified the problem, it is time to set up a trap. Geralt will be required to find a herbalist named Tomira, from whom Geralt will gather information regarding the best way to take down the Griffin in TW3.

Tomira will suggest that you collect buckthorn from a nearby riverbed. Head towards the location and swim to the bottom of the lake. Here you’ll come across a wrecked boat with some spoils of war. After you’ve explored the boat, look nearby to find buckthorn, which can be collected, finishing this task.

Setting up the trap for griffin

After collecting the buckwheat, Geralt has to head back to Vesemir at the White Orchard Inn in TW3. He will reveal that he has found the perfect ambush spot for the White Orchard Griffin. This sequence will end with Vessamir saying that he will meet Geralt at the ambush spot.

Use this opportunity to stock up on potions and craft or upgrade your best weapons, giving you a better chance of fighting and beating the Royal Griffin in The Witcher 3. Once you meet Vesemir at the ambush site, he will set up the traps and give Geralt a crossbow to fight against the mighty beast.

Soon after the traps have been set, you’ll notice the Griffin swoop in and take the bait. Once the Griffin arrives, Geralt and Vesemir will have their hands full.

When the Royal Griffin or Beast of White Orchard shows up, you’ll quickly realize the importance of the crossbow in your arsenal. You cannot damage the flying beast in the air, so to force it to land, you have to shoot it with your crossbow to hurt him.

Once the Griffin lands on the ground, try dealing it damage from its back or sides rather than its front since the significant amount of damage it can deal to Geralt is from this side. However, if you feel like the Griffin is overpowering you during this stage, use the Aard sign since it will provide you with some breathing space.

While the Griffin is in the air, it will constantly dive down to attack Geralt, so make sure to dodge sideways instead of forward or backward to avoid getting hit. Additionally, if you dodge sideways, it will give you an opening to hit the Griffin from its sides.

When you’ve drained half of Griffin’s health, it will flee the battlefield and fly towards a new location. Using Roach, follow the beast up the hill and finish it off using the same strategy as before.

After completing the battle and taking out the beast, you’ll be required to take the proof to the Nilfgaardian captain, who will keep up his end of the deal and reveal crucial information about Yennefer.