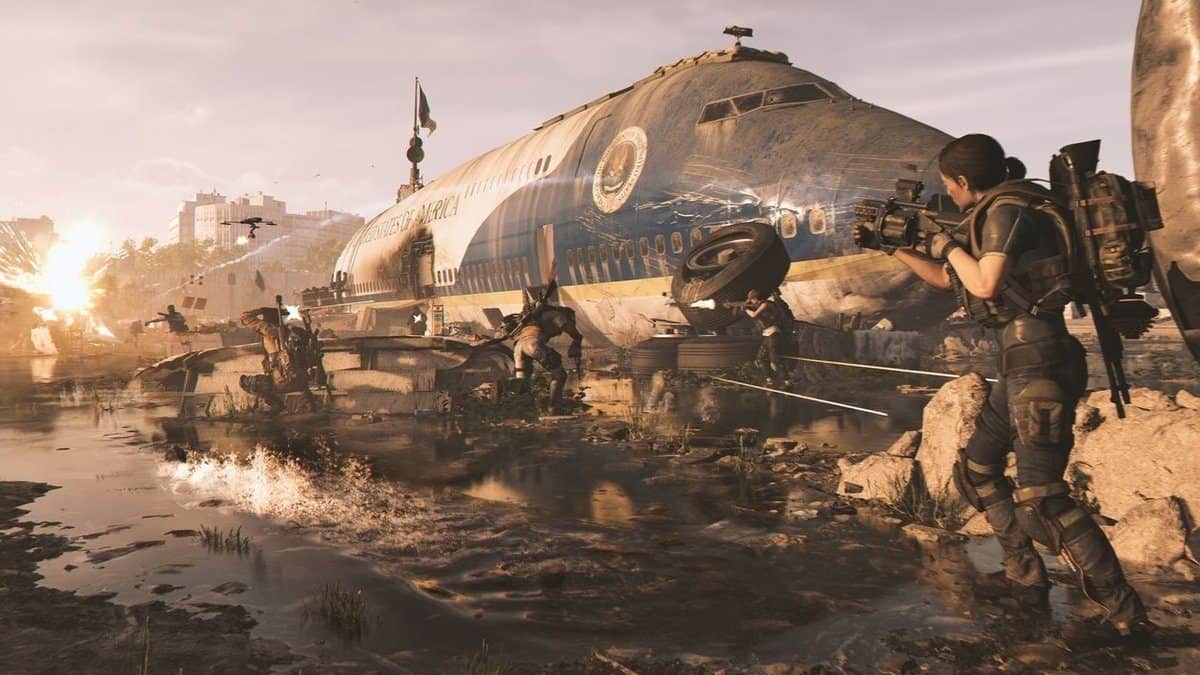 In our The Division 2 Builds Guide, we will highlight some viable loadout options both for PVE and PVP play while also detailing ways to earn XP and unlock equipment or acquire useful gear from other sources to help you become a force to be reckoned with.

Before we actually proceed on examples of some good loadouts, let us discuss the approach you will be taking to constantly be on the top of your game in The Division 2.

As always, survival is key, especially against tough foes so you are going to need to take cover before anything else. From here, you can decide to flank enemies from a distance or peer in and out of cover to deliver lethal blows up-close.

While engaging in the firefight, your armor will receive some hits and instead of letting it regenerate itself – which takes up long enough for you to be a vulnerable target – look around and collect Armor Kits for instant regeneration.

Focusing on the armor bit on the opposite side, some enemies will not be taking enough damage until their armor pieces i.e. Helmet, Arms, Chest, and Legs are damaged or removed. Again, Grenades and Piercing Ammo rounds will do the job.

When you get a break from the firing or a short “calm-before-the-storm” moment, it is best to restock on your Weapons, Ammunition and Health/Armor Gauges.

Additionally, you are encouraged to *earn XP* to progress and unlock more perks and skills to up your game.

World Events and Story Missions work best for this purpose while Control Points, Safe Houses, Resource Nodes, and Projects allow you to find high-tier loot and Crafting Materials to be used in enhancing your existing tools or creating new ones.

For co-op, the guidelines above still hold true though with the element of “Teamwork” being added for good measure.

Working together in a clan and taking up specific roles for the larger benefit of the group rather than individual incentives. Progression is much faster and most of the challenges, especially *in the end- game*, are much easier to handle and overcome.

This puts emphasis on certain classes where some compromise would be needed for who would take up the role of a Healer, DPS, etc.

Below, we have discussed some of the prominent and viable build options to roll out with along with the suitable Weapons, Talents, Perks, and Skills to be utilized for the best results.

Your goal would be to scan the enemy’s positions and guide your teammates for the most effective results. Here, your ability to survive will be your strongest important suit. Recommended skills to use are Shield and Pulse.

At the forefront of attack, you will be requiring all the firepower and damage output you could get while also boosting durable armor to get you through the fight. Offensive skills like Fixer Drone are advised.

Focusing more on the sniper rifle class where you make every shot count, your aim would be to find secluded spots to deliver high-impact and high-caliber hits for maximum damage.

SMGs will also be useful for close encounters if your position is compromised. Defensive-focused skills are encouraged like the Reviver Hive or Turret.

As the title suggests, your primary goal would always be to lay down suppressing the fire, fight alongside the assault class, and ensure their survival. Again, you will need the Hive and Turret skills for the best backup options for your teammates.

Do note that we will continue to add more character builds for The Division 2 in future. Be sure to check back as we are still learning things about the game.