Where To Find Talmberg Armor in Kingdom Come: Deliverance 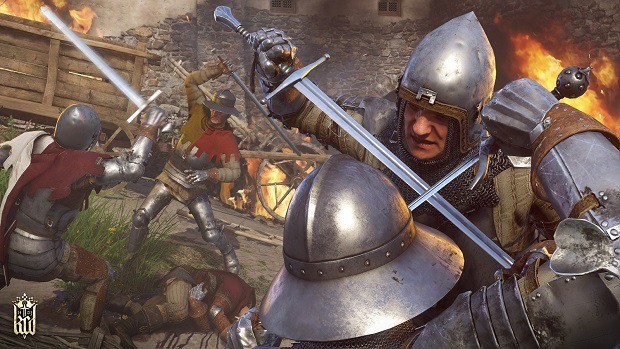 Also, check out our Treasure Maps Locations Guide that will help you find all Hidden Treasures in the game’s world.

How To Acquire Talmberg Armor in Kingdom Come: Deliverance?

It’s only been a week since Kingdom Come: Deliverance arrived on PC and consoles, and the good news is that it will be your next obsession after having invested countless of hours in The Elder Scrolls V: Skyrim and The Witcher III: Wild.

The world of Kingdom Come: Deliverance is filled with exotic places you can visit modeled on real-life locations based in the Kingdom of Bohemia during the 14th-century Roman era.

Within the world, there are an absurd amount of unique and challenging quests that you can find and carry out based entirely on your own playstyle and techniques similar to how you devised plans and strategies to conquer outposts in Metal Gear Solid V: Phantom Pain. God, I love that amount of freedom in video games!

Since there are so many alternative ways you can go about a task, these different routes have some rare and powerful items that you would regret missing out on.

One of these is from the second Main Quest of the game titled ‘Run!’ where, if you make the right set of choices, you’ll be able to acquire a full set of Talmberg Armor, which would prove to be quite handy in later combat situations for beginners in the hostile world of KCD. Once your objective of escaping the castle starts, simply follow these easy steps to gain that shiny reward!

Firstly, head down the castle until you come across a small locked door guarded by a soldier in red armor. Notice that trader named Votava seated on a bench near the guard; he will be important to your task later on.

Speak to the guard and choose the ‘Bury your Parents’ Speech Option which will allow you to toy with the guard’s emotions about your mournful situation and trigger the objective of stealing the Talmberg Armor.

Of course, when we talk about stealing stuff from chests in RPGs, you know we’re talking about lockpicking. If you don’t have it in your inventory, don’t be sad, we’ve got another way! This is where the second step comes in: earning enough worth of goods to acquire lock picks from a trader in the castle, yes you guessed it right, we’re talking about Votava.

Now you can steal a plethora of items (undetected of course) and trade them in or you can do it quickly by following this guideline:

Head back to the Main Castle via the door guarded by a different soldier with the red-and-white armor and keep going straight till you find the door to the kitchen, enter it! Head to the door on the left and steal the ‘Decorated Silver Goblet’ from the brown basket.

This item will be enough to get you that much-needed lockpick. Head back, handle that business with the trader and tada! There’s your lockpick. Now, back to the real deal: the Talmberg Armor.

Be sure to check out our Weapons Locations Guide that details the locations of all available weapons in KCD.

Remember that guard in the half red-half white armor? Head up the stairs next to that guy and turn the corner to enter the room and locate the trunk next to the barrel, that is where your precious piece of armor lies. Get those goodies! (After you’ve picked the lock).

This is pretty much all we have in our guide to acquiring Talmberg Armor in Kingdom Come: Deliverance. If there is anything else that you would like to add, let us know in the comments section below!